Boulder’s Microbreweries for the Environment event—now in its 19th year—is held at the Boulder Theater on April 22nd for Earth Day and is a benefit for four great local causes: CU Environmental Center, Flatirons Neighborhood Farm, The GrowHaus, and Sprout City Farms.

The event will feature 19 local microbreweries [full list below] and Colorado’s own Head for the Hills (voted 2nd year in a row for “Best Bluegrass” via the Denver’s Westword).

History of Craft brewing in Colorado

Beer brewing in Colorado is by no means a new thing. Established breweries date back as far as the 1800s and have developed a devoted following ever since. Even prohibition, which lasted longer in Colorado than in most other states, could not permanently stem the flow of beer.

Today, Colorado is among the nation’s top beer producers and claims one of the largest concentrations of craft breweries in America. In a nod to the state’s beer prowess, the Great American Beer Festival—the largest domestic beer festival in the United States—is held annually in Denver, the epicenter of Colorado’s beer empire.

What is Craft brewing?

Craft brewing is an age-old tradition of brewing specialty beer in small batches by small breweries. Working with smaller batches allows brewers to experiment with various flavor and ingredient ratios—a process that usually creates more full-bodied and creative products. Some brewers even add fruit or chocolate to their creations to coerce a novel taste from their batches. Simply put, craft brewing is creating beer with big flavor and limited quantity.

Not only is this event fun and environmentally-conscious, they are walking their talk by encouraging folks to walk, bike or bus to the zero-waste and carbon-neutral event.

A few beer shout-outs to keep an eye out for:

Colorado’s first craft brewery, Boulder Beer Company in Boulder, was established in 1979 by two University of Colorado professors. This one-of-a-kind brewhouse handcrafts many award-winning beers, including the well-known Buffalo Gold, a.k.a. “Buff Gold.”

This state-of-the-art brewery in Fort Collins was the first wind-powered brewery in the United States, and is one of the largest eco-friendly breweries in the world. New Belgium Brewing prides itself on having an innovative and environmentally friendly production process and boasts 11 brands—including Fat Tire Amber Ale, a Colorado favorite. The brewery also conducts its own research and provides brewery visitors with never-before-released brews before unveiling them to the general public.

Longmont, Colorado’s Oskar Blues Brewery was the first U.S. microbrewery to brew and can its own beer. The brewery has been serving beer in cans since 2002 for three reasons: beer quality (surprisingly), portability and environmental integrity.

Turbidity: The clarity or cloudiness of a particular beer. The more turbid the beer, the cloudier it is.

Bouquet: The certain smell of a beer, used to describe the beer’s positive aspects. “Woody” or “chocolatey” are common examples.

Odor: Used when referring to an unpleasant smell of beer. “Skunky” is a common word used to describe odor.

Finish: The last bit of taste a beer leaves.

Malty: Describes a beer with a sweeter or heavier taste.

Hoppy: Used to describe a more bitter or light taste.

KGNU and the Boulder Weekly proudly present the 19th annual Microbreweries for the Environment benefit on Friday, April 22 at The Boulder Theater.

Since 1993, the Microbreweries for the Environment benefit has raised over $120,000 for local environmental causes. The proceeds from this year’s benefit will further the environmental efforts of four local non-profit organizations: CU Environmental Center, Flatirons Neighborhood Farm, The GrowHaus, and Sprout City Farms.

Nineteen Colorado microbreweries serve their best beers for only $2 each. Participating breweries include:

The evening’s entertainment features music by P.K.B. (www.petekmusic.com) followed by two sets from Head for the Hills (www.headforthehillsmusic.com). These local bands’ innovative sounds are sure to harmonize well with Colorado’s finest brews.

P.K.B. is Pete Kartsounes on guitar, Kevin Malone on bass, Ryan Sapp on drums, and Greg Schochet on guitar and mandolin, and Bill McKay on keys. P.K.B. combines electric and funk sounds with slamgrass undercurrents. Armed with an acoustic guitar, blazing skill, powerful voice, and relentless heart, Pete inspires and entertains on a quest to make a difference in people’s lives. P.K.B. will stretch boundaries and bend genres to create tasteful blends of original melodies and lyrics, captivate audiences and foster good times.

Head for the Hills, the acclaimed Colorado Bluegrass quartet, has been receiving nation-wide recognition in response to their refreshing take on acoustic music. Rooted in the tradition of bluegrass but described perhaps more accurately as progressive acoustic/modern roots, H4TH produces a vibrant mixture of homegrown compositions, traditional harmonies, and improvisation. In the live setting, H4TH effortlessly ventures into a myriad of musical styles and sonic landscapes that appeal to a boundless array of listeners.

The benefit is a zero-waste and carbon-neutral event. We encourage people to walk, bike, or bus to the event. Doors open and beer tasting starts at 8:00pm, and music will run to 1:00am. Admission costs $20 ($22 day of show) and includes a commemorative pint glass. Tickets are available at the Boulder Theater Box Office (303-786-7030 or www.bouldertheater.com). This event traditionally sells out in advance. 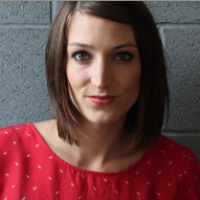 Lindsey Block spends her weekdays as part of the Elephant Journal crew and her weekends hiking or picnicking by the river with a book. She delights in cooking up a new recipe … Read full bio