I am a yoga teacher—I have actually trained and got 500 RYT hours in a mix of styles to teach yoga to other humans.

While I have the patience of an agitated hyena when I try and teach people in any other field, somehow with yoga I can remain cool, calm and collected. It is very strange and delicious to me, so I go with it.

Now, my boyfriend of several months is very athletic, and knowing of my sporting background, was quite keen to try some yoga. He is a tennis pro and a skier, and has a bad shoulder and a bad hip, we both thought yoga might help.

We met on the tennis court, with him teaching me. When we got together, I informed him that the reason why I often got grumpy on the court was because I am a visual learner and having him yell things at me was unhelpful (I could not understand what he was asking of me with certain commands, nor could I process quickly enough what he was yelling to put it into practice.)

He still teaches me tennis, and I still have those moments when I want to hurl my tennis racket at his face, but he demonstrates much more now and knows how to get things across to me.

He had asked me to teach him some yoga on several occasions, and I told him as long as he promised to actually try and to not paw at me when I demonstrated poses, then I would. I laid out two mats, thinking I would start with Sun A, Sun B, vinyasas and one or two standing postures, perhaps triangle and the warriors, I thought to myself. Clearly, learning from your other half is a game changer.

“Elbows in”, I said after I had talked and shown him through chaturanga and he was trying it alone.

“It hurts my lower back”

“Use more of your core strength. Your lower back is dipping.”

“Bullsh*t. I know you do from skiing.”

(Two things—I would never in a million years say this to anyone except him, and I have seen him jump of twenty-foot cliffs and power down a mogul field so I know for a fact that he has a lot of core strength.)

He looks at me murderously. Soon after, we end our thirty-minute ‘intro to yoga’ session.

“Yeah, I mean you have to be strong, it is not all slow and stuff. I want to get good at that push-up thingy”, he replies eagerly.

“Yeah, chaturanga is harder than it looks.”

“Yeah, so much core, but I definitely want to do more.”

Well, well, well, I never thought I would convince him on the chaturangas—maybe I will have him do just navasana next time—clearly he is a sucker for punishment. 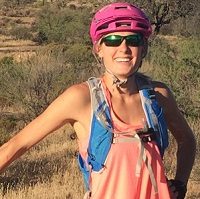