1. There’s no cure for a hangover, but good lo mein comes damn close.

2. There are three things that are always worth the money: international travel, excellent food and Blu-rays.

3. When you make a list of 35 things, don’t number the items until you’ve finished the whole list. That way, when you’re editing your list and realize number three is stupid, you don’t have to make up some ridiculous lesson to avoid renumbering the whole thing.

4. No matter how much your parents annoy, piss you off, yell at you or tell you that you need to wait before hitting your driver (even though the group in front of you is 400 yards away), they do it because they love you and want the best for you. Sometimes it doesn’t feel that way, but it’s true. Take a step back to see things from their perspective. It may help you appreciate why they do all that annoying shit.

5. When you get good service, tip more than expected. The few extra dollars won’t kill you and will mean a lot to the person who provided the excellent service.

6. Stop being scared. If there’s something you want to do but you aren’t doing it because you’re scared, suck it up and do it. The only things in life to truly fear are (a) stepping in dog shit, and (b) asking the one question that makes a public speaker take back the claim that “there’s no such thing as a dumb question.”

7. When you find a blog you like (like this one) go out of your way to tell the person (genius) that writes it (me) how great (best thing in the entire world) it is. Share the content with your closest friends (the whole world). You may think you’re being stalkerish (you probably are), but if someone took the time to create something and put it on the web, it’s because that person is an attention whore. And attention whores crave lots of attention (from anyone). To be helpful, I drafted a template for you in case you decide to follow my advice:

Dear [Rob],
I know we last spoke at Hebrew camp in 1991, but I have been enjoying your blog since we reconnected when you spammed my Facebook page. I especially liked your post about when lawyers can go home. You have an excellent command of logic and the handwriting of an armless nine-year-old blind child. I wish there were more people like you in the world. You also look trimmer than you did when you were 13. Well done! How did you manage to trick a beautiful intelligent woman into marrying you? I never would have expected that from you. I remember a time when you refused to play on the skins team in a shirts vs skins basketball game. Boy were you fat. I wish you well in the future. Here’s a few dollars. Buy yourself something nice. I learned about the importance of tipping from your blog.
Love,
[Mom]

8. Don’t believe anything the Mayans say. They keep predicting the end of the world, but they never get it right. I wish they would just go away already.

9. Anything that Tina Fey and Amy Poehler do together is funny. Women are funny. Deal with it old men.

10. Three things that are never worth it: (a) holding grudges, (b) extended warranties, and (c) super-sizing your meal.

11. Nothing good ever comes from drinking a beverage with an ä in its name.

12. Don’t be scared to request the vacation time you’re entitled to at work. Other people will tell you the “right way to go about vacation time.” Those people are assholes. If you’re in a job that doesn’t let you go on vacation, that job is stupid. Vacation refreshes you to go back and do a good job. At least for the first three to four hours after it ends. Then you need another vacation on the books so you have something to look forward to.

13. Coleslaw is disgusting. Mistrust anyone who likes it. Unless it’s vinegar-based and atop a pulled pork sandwich. Then it’s majestic.

14. Be wary of anyone who likes some combination of the following teams:  Lakers, Cowboys, Yankees and Notre Dame.

15. Stop hating the foods you’ve hated since you were a kid. You might surprise yourself and find out that Brussels sprouts are really good now. Most restaurants put bacon in them.

16. After two weeks of pure torture, exercise becomes amazing. If you don’t exercise now, commit for two weeks. Suck it up. Force yourself to do it. Whatever it takes. If at the end of two weeks, you don’t feel the pull to keep it up, then you can stop. But after one day of stopping, at least try to force yourself to do another two weeks. Keep repeating this until you realize how amazing you feel. If you don’t feel amazing after three tries, then stop eating all that fast food, idiot.

17. If you want to be a news anchor, realize that you have to spend years and years reporting from the coastline during natural disasters. Ask yourself: is it worth it?

18. Never set out to make a list of 35 things without thinking it through first. Thirty-five is a lot. Even more than you think. By the time you get halfway, you’ll probably regret your decision.

19. Have you ever seen a piece of real fruit the color of a Maraschino cherry? That’s why you shouldn’t eat them.

20. The Cosby Show holds up better than Seinfeld.

21. Have you ever eaten a Maraschino cherry? They’re amazing. Sometimes just trust your instincts even though you know the consequences.

22. Proofread everything on more time than you think you have too.

24. Trust your own taste in music, movies and beer. Even though people will make fun of you for liking 4 Non Blondes, you still know What’s Up.

25. Resist the urge to Google the answer to every question. Yes, there is an objective answer to the question on Google, but sometimes it’s more fun to just see how it plays out. I know this because I always Google… and everyone hates me.

26. Say ‘yes’ to every request, especially when it’s something easy like seeing a movie, attending a wedding or supporting a friend. Your friends will appreciate you, your life experience will increase, and your comfort zone will continue to expand.

27a. If you receive a prank call, laugh it off. No one likes the guy who thinks he’s above a little humor:

28. If a particular food gives you diarrhea, don’t ever eat that food again, no matter how good it tastes (the food, not the diarrhea).

29. Always give directions to those who ask or who look like they might need directions. If you have a few extra minutes, walk them to their destination and pretend you’re a college tour guide.

30. Try meditation. I thought it was stupid for the longest time. It can do amazing things if you give it a chance. If you think it’s stupid, you probably don’t know what it is. It can have nothing to do with religion or spirituality if that’s what you’re scared of.

31. People older than you don’t have it all figured out. They may speak with authority, but they mostly make it up just like you. Most of them are full of shit. That said, listen to their advice. There’s a lot of wisdom in that shit.

32. The following things are fake:  (a) emails from Nigerian princes, (b) the four-hour work week, (c) Lance Armstrong and (d) every funny autocorrect pic you’ve seen on the Internet.

33. Ignore the instructions on everything except crazy glue, hot sauce and power tools.

34. If you can run three miles, you can run six miles. You may not think you can, and it may be painful and miserable, but you can 100 percent do it.

35. No matter how wise it seems, don’t trust any advice you get from the Internet. 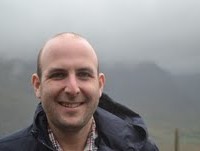 Rob Pollak plans to get famous via the internet. You can follow his journey, writing and drawings at Rob Complains About Things, Twitter or Facebook. … Read full bio