Tips from a Gentleman: Shooting the Moon.

Love-Life Advice for Humans on Earth

Lately I’ve been hearing lots of highly dubious talk about “mastering alchemy” by “harmonizing” the “dual hemispheres” of our being.

Something about uniting the two primeval powers to form one force and thereby attain the rainbow body powers associated with mythical “ascended masters” based on the woo-woo sri-sri every person possesses within, both masculine and feminine, yang and yin.

I must admit that this theory has practical credence. Perfectly balanced harmonic synchronization is definitely one path to mastering duality. But it’s still duality, so there must be a second option.

The other choice is a path I’ll call saturation.

The essential idea is similar to shooting the moon in the game of Hearts. This path eschews any idea of integration or balance and seeks to harness complete power via singular focus on absolute perfection of the one side of duality chosen.

Please remember, this has nothing to do with gender. Men can master the Divine Mother’s perfect love just as women can wield the wisdom of the Father.

Those disciples who choose the path of saturation on the masculine side of life are hereby defined as Dongs.

Today’s topic is Dong culture and its relative significance in the greater socio-political zeitgeist here in the great US and A.

Please follow closely as we swerve left at the corpus callosum and accelerate into a realm of pure logic. Science, if you will.

Advanced adherents to Dong culture are aware of the interwoven nature of yin and yang energies, but consciously choose to evolve their yang to the highest degree possible. There is no time for yin’s soft, circular nature when yang is racing straight toward pure masculine glory.

I hear you wondering, “What about bros? You’re talking about bros, right?”

The answer is no. And yes, because Dong Culture encompasses that of Bros. Bros are a subset of Dong — not necessarily less than, but certainly a distinct group, and one often frowned upon.

The problem with bros is that they tend to be the type to interpret no to mean yes, and everyone knows there’s nothing funny about that.

The difference, as always, is not what you do, but how you do it. I implore you to watch the following videos of Ron Swanson showing us all exactly how it’s done:

Swanologues – The Best of Ron Swanson (Part 1) from Vishal Hussain on Vimeo.

“I’m a simple man. I like pretty dark-haired women and breakfast food.”

The Scintillating Art of Ron Swanson

“Under my tutelage, you will grow. From boys into men. From men into gladiators. And from gladiators into Swansons!… I’ve been developing the Swanson Pyramid of Greatness for years. It’s a perfectly calibrated recipe for maximum personal achievement.”

If you’ve just spent the last half an hour giggling with the Duke and his mustache, congratulations. You’ve learned how to correctly handle government hearings, coworkers, hostile customers, ex-wives, and so much more.

This is top-notch Dongdom on display, combining the infuriatingly irrefutable behavioral tactics of a precocious child with the conservative, no-nonsense mindset of a stubborn but clear-headed old man. Plus, a mustache.

Notice how there is nothing passive about Ron’s behavior. His actions and words are firm, the result of thoroughly-considered convictions unlikely to succumb to any attempts at persuasion (except of course, in the case of a meat tornado).

Dongs always move forward. Changes in direction are determined solely by sheer, individualistic force of will. Their path may at times compose a square, but no matter which direction they face, they are always moving forward.

Donald Draper is most definitely a major Dong. His knack for keeping things classy is perhaps unparalleled in recent memory.

Truly, a Dong among dummies.

Mathematically, the masculine is an active force, all straight lines and angles. Energetically, the feminine is all curves and swirls.

As Jim Self explains,

“Masculine energy provides structure, provides capacity, provides alignment, when it’s in balance. Feminine energy, in its flow, is all about creation and well-being, expansion.”

This is the beauty of duality—in order to dance, there must be a floor.

Be not fooled however, for there is indeed a dark side. Precise capability (masculine) without grateful appreciation (feminine) becomes constrictive, aggressive, and self-destructive. Witness: Daniel Plainview.

So what have we learned?

Ultimately, the two poles of duality are inseparably interdependent. In order to thrive, there must be harmony between the poles.

If one is to choose the path of saturation, it is crucial that there be a counter-balancing force. This can take the form of an equal-but-opposite partner, or some artistic release (think: musicians and running backs). The form matters little, but it must exist, for without it there is only implosion.

Out in the world, try to notice which path your friends are choosing. Many will be busy with integration, which is good, but there are no doubt a brave few in search of supreme saturation.

Honor them for this, knowing that they may become insufferable in the process. This is only natural, and is usually just a phase. Beware however, that they do not become irretrievably trapped in the confused world of Mystery.

Eastern philosophy suggests that true liberation is to transcend the ego.

Here once again, we have two paths available to us: dissolution and saturation.

Dissolution is most commonly prescribed, wherein the ego is systematically disassembled until it blips out of existence altogether and boom, you are at one with All-That-Is.

Saturation is the opposite, wherein the ego-bubble is consciously expanded, blown up like a balloon until eventually it encompasses all-that-is and boom, you are One with Everything.

The problem, is that in the moments (hours, days, years) before the inflated ego crosses that alchemical line into all-encompassing, such a person is likely to come off as the biggest dick in the universe. Not yet a Dong; just a total dick.

If you can, forgive them for this. If they are consciously pursuing this noble aim, they are worthy of forgiveness and understanding.

On the other hand, if they are unconsciously flailing around with their warped, over-grown infantile ego, feel free to dismiss them firmly with the phrase, “Chill out bro.”

As always, please share your thoughts in the comment section below, and feel ever so free to email elephantgentleman at gmail dot com with any loving conundrums you’d like me to address. 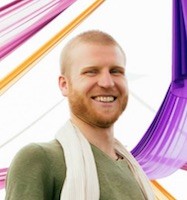