I’ve been Leaving you Longer than I Loved You, a Letter to my Ex. 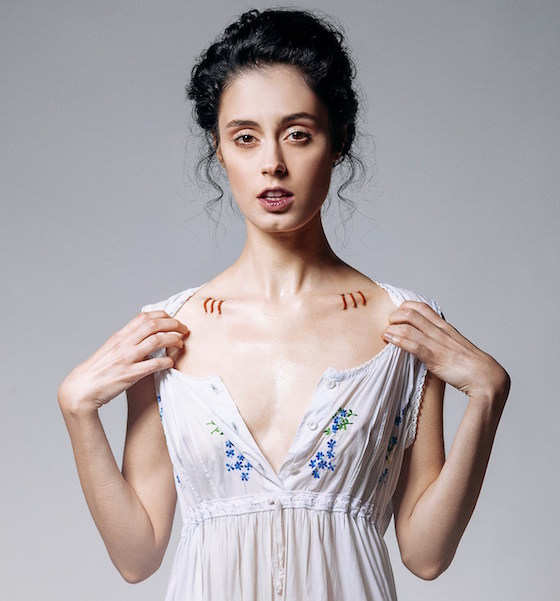 You had just read my journal and discovered I had lied to you, lied about so many things.

It was a couple weeks after we’d moved into the apartment on 30th and 3rd together—our stuff was still in piles all over the ground.

I came home from work, stinking of of steak blood and hash browns, clomping up the flight of stairs to our new place in my Rollerblades, filled with giddy anticipation at the thought of seeing you. When I opened the door, there you were, sitting in our only chair, facing me, with my journal opened on your lap.

I knew the words you were reading. I knew you knew the girl I’d said was just my friend, was much more than that. That she and I had been together for months after you and I met, that we had been together the whole time in Germany, after I promised through teary eyes that it was all platonic.

I assumed you would break up with me, so I ran away first. I stumbled back down the stairs and onto the street, skating as fast as I could, down to the East River, where I could hide among the enormous shipping containers near the helipad and let the sound of helicopters drown out the high pitched wail of sorrow in my brain.

I secretly hoped you would come after me, but you didn’t. And when I finally came back, I felt exactly like a child who had run away from home, but whose parents didn’t worry, because they knew she couldn’t ever really stay away.

You were surprisingly kind—at first. You folded me into your arms and said you loved me anyway.

But I would pay in spades.

From then on, I was “a liar.” The fact that this was true gave you power over me, and you weren’t afraid to use it. The rest of our time together would be about you insisting I make it up to you, and me trying in vain to do just that.

The first time you got me blind drunk—I was a real novice drinker, prior to us the strongest cocktail I ever indulged in was Bailey’s on the rocks—and you tapped out a line of coke on the back of a toilet lid in a swank club downtown, you said I should snort it because it would help me to tell the truth.

You were right. I stayed up for 24 hours with you, doing lines, telling you the truth, until you knew enough of my secrets to hold me hostage for a lifetime. How carelessly I threw that knowledge away, never suspecting you would bring it up again and again, ruthlessly using it to justify having me do anything and everything you wanted me to do.

The second time I left you was a couple of years later. By then, we’d been through hell and back; we lost our jobs, our money, our friends, our apartment, all so we could keep doing lines, so I could keep “telling the truth”.

We roamed Manhattan for a year, sleeping wherever, doing blow, committing petty crimes. I was determined not to give up on us because I was “bad” and wanted so badly to be good and prove that I would do anything for you.

By the time we got to Canada, and you had me take the blame for a cell phone you stole after you lost the money your mother gave you at the casino, and I went to jail for two weeks because of it, I thought I was done.

Standing in that courtroom in an orange jumpsuit in the town of Niagara, with shackles on my feet and my parents sitting grey faced on the cold wooden benches there, I thought, what more could possibly happen. We pushed things too far. It was over.

I stayed with my parents for a while after that, a few weeks I think, padding around their big white house on a picturesque street in New Jersey.

I went back to New York with a plan. You were still in Canada. I would stay at the Y and get a job. I would save money and get an apartment. I would start over and become a normal human being again.

After a month, I got a message at the Y. You were in the city. You wanted to see me. Despite myself, I went to you. I was clean and sober, my hair was washed, I had on make up, I had money I’d earned in the pocket of a pair of pants I’d bought. Maybe I wanted to show you how strong I was. Or maybe I was just lonely. Or stupid.

When I walked into your hotel room—your mom had given you more money to come back to the city—I saw that the curtains were drawn and there were drugs all over the place. It didn’t take us long to get back into our old routine.

The third time I left you was a couple years after that. By then, we lived in Chicago. We had burned too many bridges to stay in New York.

I became a dancer so we wouldn’t be homeless or have to rob people anymore, but we could keep our pockets lined with drugs. You hadn’t worked in four years. You were still insisting that I had “wronged” you, and that everything that had happened was a consequence of my lies.

One day I came home from working at the club and tossed my stack of money on the counter like I always did. You were nowhere to be found. I went to wash my face and heard you stumble in. You burst into the bathroom, drunk, and started calling me a “zero.” I looked into your twisted face and I knew, it wasn’t just that you didn’t love me, you hated me.

Why did it take so long to see it?

I didn’t walk out right away. I was afraid of you. I asked other people for help and they helped me. I finally understood that they had been there all along, but I had let my pride keep me isolated, silenced and trapped.

You didn’t make it easy, why would you? You harassed me at work, stalked me, threatened me. I knew you could easily kill me. I just kept moving forward.

Now I am safe and you are dead. You killed yourself on purpose or by accident in your mother’s house in northern Canada. But I am still not free.

I leave you and find you and leave you again almost every night in my dreams. I wake up cold, sheathed in sweat, at all hours of the night. I lay there in my big soft bed, next to my dear husband snoring, and clutch the sheets and try not to scream.

I am always leaving you. You are gone. But never far enough away.