Yoga is Becoming One with Nature: A Conversation with Danny Paradise. ~ Jade Richardson 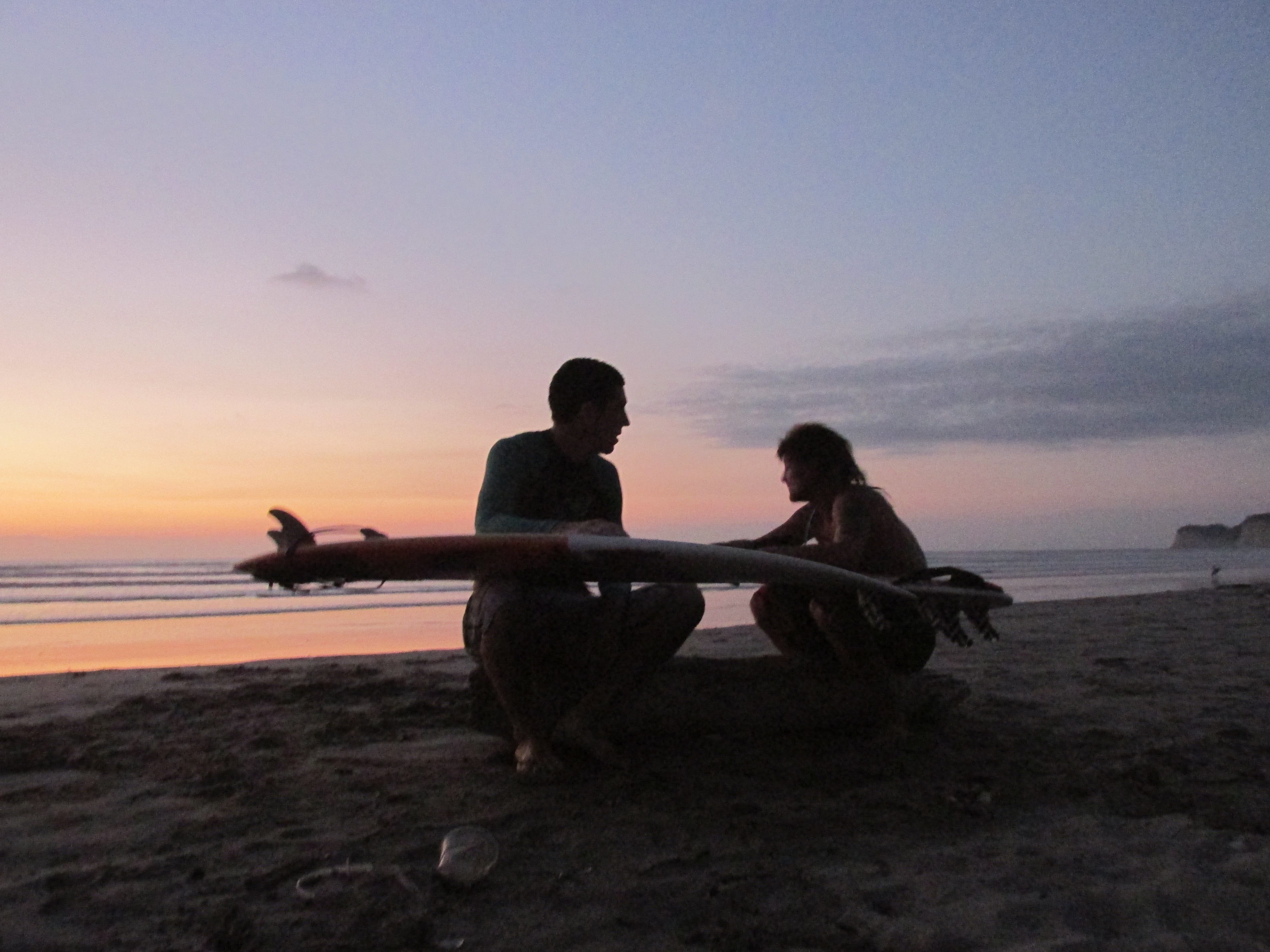 “Yoga is Nature’s instructions on how to live a human life, given to us by the forest and the sea. By the birds and insects, and by Gaia Herself.”  ~ Danny Paradise

At 9 p.m., under a high full-moon on the north coast of Ecuador, the surf blows a constant exhale onto the white sand of Canoa. The almost-famous long-rolling break has failed to turn on so far this year, leaving a small community of hard-core wave hunters with nothing to do but stretch on the beach, meditate in moonlight and wait for the Reggaeton to crank up.

Over in Hawaii, it’s late afternoon. Danny Paradise, the traveling yoga-shaman, has been diving in blue rollers before heading off to teach in Thailand, the Bali Spirit Festival, Turkey, Greece and who-knows-where-else-in-the-world this year, surfing his line through a world-wide explosion in yoga.

With almost 40 years of study and practice behind him, and a legacy of students that includes Madonna, Sting, Eddie Vedder and countless others, Paradise is an elder in the teaching lineage. Along with few others he holds a direct lineage to legends like Sri K Patabbhi Jois and J. Krishnamurti, under whose direct instruction Paradise joined the yoga wave just as it broke in the Western hemisphere.

“My first teachers were David Williams and Nancy Gilgoff who, as the first Western adepts of Ashtanga Yoga, brought it to the Western World,” he says.

Scenes like here, in tiny Canoa, where yoga has reached surfers, artisans, drifters, drinkers and tourists from all over the world, it’s not just more yoga-fad, says Paradise, but what nature herself planned for the Earth.

Danny says all of creation has been leading up to this era: the first time in history when humanity everywhere could find the threads to a way of life in harmony with life itself.

“Yoga is not just something you do,” he says. It’s the manual for life. We’re not inventing it, we’re catching up to a very ancient invitation that is being offered, constantly, by the ocean, the trees, the animals and all of nature.

“This journey is bigger than you think.”

He points to Egyptian temple art, South American symbology, ancient pictographs and to the Mayans who understood Kundalini and how to access trance states for healing and wisdom. He points to the movement and meditation legacies of indigenous peoples everywhere, and says, “people have liked to complain that life didn’t come with a manual; well yoga is that and the ancients everywhere knew it, it is the original, unwritten instructions for how to live a human life.”

“Yoga is part of nature and an expression of life’s love for expansion. Do your yoga in nature, let nature teach you how to feel the yoga and realize that’s its source.”

He’s inline with fascinating voices from Quantum Physics, Remote Viewing, Qi Gong, Vedanta and Neurology, who are concluding that the entire environment, even “empty space” is coded with complex but malleable “rules for life.”

In her incredible books, The Field, and The Intention Experiment, Lynne McTaggart reports on experiments that prove plants, algae, water, dice, chicks, husbands, sunsets, body parts…everything, is connected in an intelligent, aware, expanding cosmos which the human being can influence, harmonize and destroy.

She writes that, ”a simple thought seemed to have the power to change our world.”

Paradise agreed. “When you walk into yoga you open a universal guide book that humanity received from the planet. It is the code for the full awakening of human consciousness, for how to create a beautiful world on Earth…health, peace, clarity and aging with vitality and grace.”

“With your own effort, with steady practice and good teaching, yoga is definitely the most intense healing journey there is. One by one, people feel better, care more, are inspired, strong, on focus, aging with energy and living with a reverence for life and nature. Yoga does that. It connects the mortal to the divine mind to create a beautiful world.”

He points to powerful CEOs, celebrities, athletes and quiet achievers who are taking on yoga, letting the practice do its thing in their own lives and in the spheres they influence—and says, “Look! Nature wants us to succeed!” 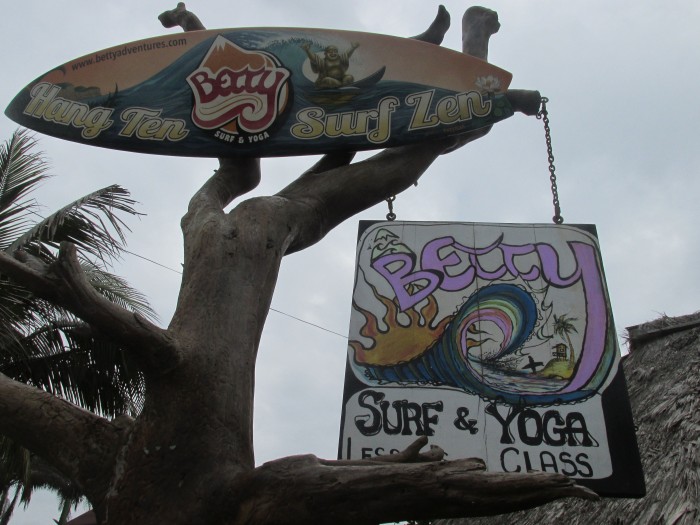 With the environment in crisis, politics in shambles and human lives everywhere tattered by depression, cancer, stress and poverty it’s “desperate measures for desperate times,” he said.

But no matter what practice you do, where you step onto the wave, what you drag with you and how far you are from healthy or happy, yoga, if you just do it, he says, will get you where you were designed to be.

“The future is being completely sold out. We can’t sit around anymore. I’m certainly calling for as many of us as possible to get our own lives cleaned up and for yogis to take a stand. Everybody is a leader, we are each responsible, yoga teaches that. As more people take up the practice, get detoxified and inspired, we create collectives, thrive, work together, share land, create, grow, fight the corporations and laws that destroy the environment and our bodies. We trickle into schools, prisons, hospitals, corporations, clinics, kindergartens, farms and retirement homes…anything’s possible!”

“Friends of mine did research into how many people are part of working in a positive way in the world and it’s about a billion of us, using the practice, getting active , healing our lives, our bodies, our families and environments. A billion people who are being called into action in their own ways; from collecting garbage, working in slums and organic gardens, choosing clean food and power, to taking on big business over pollution and chemical contamination, GMOs and nuclear radiation.”

“Just do the yoga, be in nature as much as you can—do your yoga there, and you are already part of the most powerful healing force humanity has ever known,” he says.

“Find a good teacher, who’s careful, gentle and non-controlling,  who nurtures independence, personal authority and personal responsibility. Build a steady, careful, disciplined practice and you’ve got your ticket to the revolution,” he says. “Bring an open mind and dedication to it, then let the genius of the practice do its thing.”

Photo: Provided by the author.