3 Advantages of Not Fitting In. 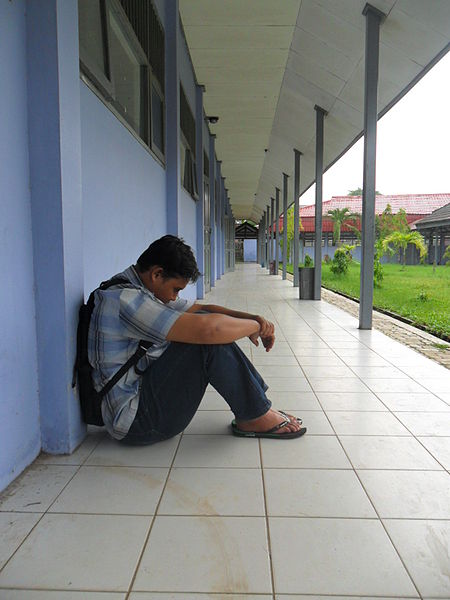 For most of my life, I have not fit in.

Growing up in rural Eastern NC, I was one of the few Asian kids and one of the few Catholics to attend to my very small elementary school. One of my first memories is being told, “You don’t sound like you’re from around here.” I didn’t, and I never did.

Between middle school and high school we moved 20 miles away, and I attended a large, very diverse high school. Physically, I didn’t stick out much at all, but I didn’t fit in either.

For one thing, I grew up sans cable TV and rarely listened to the radio. (This was the pre-internet age as well.)  Various pop culture references made by my peers had me shaking my head.

After graduating there, I attended a fairly conservative, traditional university where most of the students came from pretty well-off families. I didn’t exactly fit in there either.

So far, I have yet to find the place where I truly do fit in.

However, lest anyone read this and think that is a post about the woes of not fitting in, it isn’t. There were quite a few surprising advantages of being the odd one out.

Sometimes, I even wonder if part of me unconsciously chooses situations where I will not be part of the group because the advantages far out weight the disadvantages. (That’s not to say there aren’t disadvantages. There are, but that’s another topic and another post.)

Therefore, here are three unexpected advantages I have found of not fitting it:

1. I am free to say what I really feel about a subject rather than agreeing to fit in with the crowd.

Being an outsider means that many people expect me to be a bit different. When I was an 8th grader, I was the only person to write a paper defending the National Endowment for the Arts and the controversial works of photographers Robert Mapplethrope and Sally Mann. (If that seems like an odd topic to write on, keep in mind that the then-NC senior Senator was Jesse Helms who hated the former’s work with a passion.)

To her credit, the teacher was not upset. I was not the type of kid to stir things up for attention. Indeed, the fact I was a “little different” seemed to give me a pass.

As an adult, I tend to say what I am really feeling, though, of course, that doesn’t mean I don’t have boundaries. I do, and I exercise them frequently and often.

Even people who don’t like me agree that I am memorable. I take it as a compliment.

While we as a society place so much attention on physical appearance, the people who are the most memorable for good reasons, or not so good reasons, are remembered for their words and actions.

Seriously, when we think of, say, Virginia Woolf, do you think of her “plain” appearance? (Ironically, her mother, Julia Duckworth, was known for her looks back in the day, but most people draw a blank when her name is brought up.) Woolf didn’t live or write by anyone’s rules. That’s why she is remembered.

However, even if we never achieve her level of memorability—and I don’t pretend to even on my best days—at least a few will have no problem separating me from the rest of the crowd.

How many of us are people, or know of people, who really don’t want to do certain things or be around certain people, but feel it is “expected” of us? I call this “Keeping Up the Joneses 2.0,” because even people who would never think of buying material goods to keep up with their group often feel they “must” do these things.

If I chose to opt out of certain things, no one is surprised. Actually, I have found that whether we are insiders or outsiders, most people don’t really notice or care. However, I have one additional advantage: no guilt or beating myself up after the fact.

In closing, sometimes being an outsider can be a blessing whether it’s obvious or in disguise. While we all need friends and loved ones, it isn’t always necessary to have to fit in.

Lastly, being an outsider is not the same as alienating those around us. It’s possible to be around, and have friends from, all sorts of groups and still not be quite like everyone else in the crowd.

To quote that great character Rhett Butler, “Until you’ve lost your reputation, you never realize what a burden it was—or what freedom really is.” The same can be said for those with a reputation that never fit in with the norm.