Make Friends with Your Loneliness. 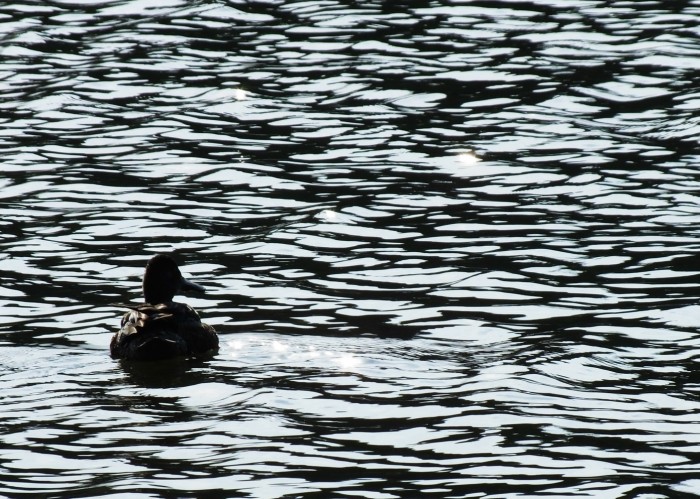 “The soul that sees beauty may sometimes walk alone.” ~ Goethe

No one wants to feel lonely.

There’s a difference, of course, between loneliness and being alone, and it’s vital that we learn to be happy in solitude, that we understand the magnificence that alone-ness can be.

I used to feel the idea of being lonely was strange, because how can one feel alone with a mind constantly stimulated and with so much out there in the world to feed a curious mind?

I didn’t think I was avoiding loneliness. An introvert by nature, I didn’t binge drink (much), or run wildly into extreme adventures. But I came to see I was losing myself, not in the obvious outer world of sensory distractions, but in my own mind.

I started to feel stuck. Did loneliness have anything to do with it? I really couldn’t tell, and this was mystifying to me.

So I started journaling about it.

But I didn’t associate this with loneliness. I had my mind to keep me company. I thrilled to discover, quite young, that I could use it to grapple with my place in the universe and how things worked and why.

I’d go to bed, huddle under my blanket with a flashlight, a book and my blue Mickey Mouse sheets, and become engulfed in phantasmagoric new worlds.

I also started writing to find expression for things that didn’t get solved in my socializing time. My writing fixated on minute details of life or featured alienating, dislocated people in surreal worlds.

This should have been an indication that loneliness was lurking, though my mind would retort: alienation is a fact, we’re all necessarily alone. We were born alone and we will die alone. Deal with it.

I was hiding something from myself.

“It is only those pitiable people who enclose themselves and cannot establish a relationship with the outside world who feel lonely.” ~ Shih-fu Sheng-ye

Thanks to many amazing teachers I’ve been so lucky to meet, I started to see that my mind cannot be my best friend, to learn to open up to whatever thoughts and emotions might arise within me: to vulnerability itself.
Loneliness was finally being given the first hints of opportunity to surface.

Which brought a lot of sadness. Worlds of it, on a grand scale. I saw that I must have been lonely for a long time, maybe my entire life.

I can see this little girl version of my loneliness now. She came into the world, into consciousness, feeling like she was on her own emotionally, even when she was surrounded by love and a nurturing family. It may not have made sense, but it was true.

She used to surround herself with big personalities and let others take the driver’s seat, and maybe she even pushed them there, so that she could feel out of control, angry and resentful, because this was easier.

Quietude and observing instead of playfulness was easier.

Of course, there were times when she was a happy little girl, and laughed and had fun, but underneath these moments was an ever-widening gap between what the outside world and her inner landscape felt like.

In the shadow of others, she—I—turned existence into a negative space. A part of me didn’t want to, or couldn’t let myself be heard. Or hear myself.

Loneliness feeds on this kind of space.

But no one, including myself, recognized or validated this loneliness, so I started to think that this was just how things were. The wisest part of me rejected this, in the worst way imaginable: I built a big, elaborate defense system that functioned to keep me locked inside myself.

Hence the vast, imperious world of my mind, of thought (and fantasy)—and the isolation, from myself and eventually, my ability to create.

My mind had become been my empire, and my relationships became under-nourished subjects.

I could, I knew, do a lot of positive, productive things with my mind, but I could not extinguish loneliness there.
I could not think my way out of loneliness.

It took me a long, long time to get to this place, this deceptively simple task of recognizing I was lonely. The solution wasn’t just about finding a mate, soul or otherwise, or about building a life out of this partnership.

First, it had to be about allowing myself to feel lonely, to really see it.

I wanted to scream it. I was lonely! I was jubilant.

From here, the steps became a little clearer. Pause. Look at this feeling, and what it might mean.

I watched myself grow warmer and more open. I started to feel present for the little miracles that came my way: all the people who wanted to be with me in connection—no mind games, no power struggles or negative spaces.

Not being lonely, I realized, had nothing to do with filling space. It was about learning to be fully present, so that there is no wandering over gulfs of confusion but a willingness open the eyes wide and embrace the world.

Coming out of loneliness involves an act of effacement, but a completely different kind than when you retreat into loneliness: here we lose ourselves by stepping through fear into a space of sharing and communion.

It’s where you stop presupposing your absence from your own life, as was my habit pattern, and start to work toward becoming enjoined, engaged.

This is long, gutting, beautiful work. The loneliness inside of me putters around, exerting herself on occasion but not arming herself—too much, anyway—in a bid to take over.

When she does threaten this, I have more tools now. I know I can look at her, not with anger or despair, but with calm regard, a little bit of sadness, and a lot more love than I knew I had in me.

I’ve come to see my loneliness as a fragile flower living inside of me, a reminder of what is important in life: to be free to make connections, and to understand as fully as possible what it is I’m missing when I defer to that the negative-space side of the alone/lonely divide. 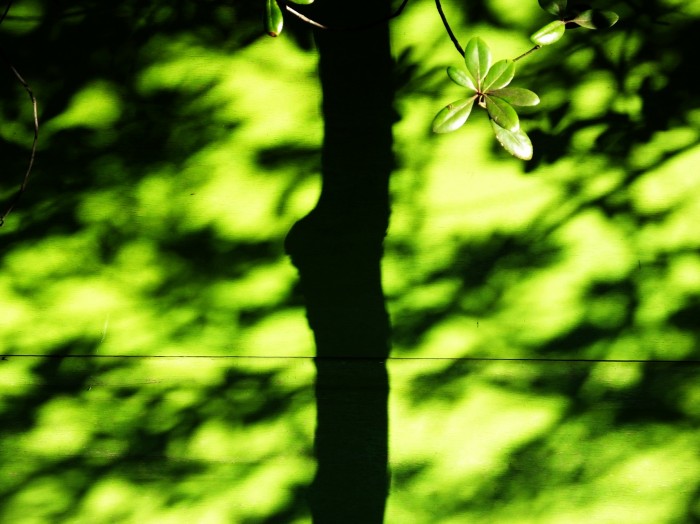