Out, Out, Damn Spot: A Holistic Guide to Dealing with Acne. 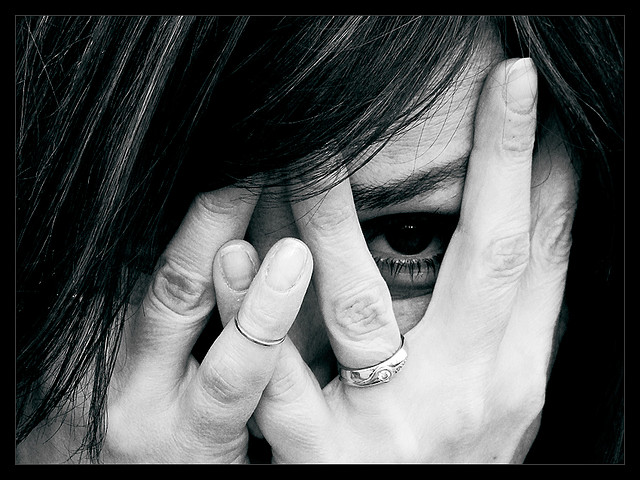 I was 12 years old and attending a sleepover at friend’s house when her brother pointed out that I had a “killer zit” on my forehead. He was right. It was the first of many such “killer zits” that would dot my face, chest, and back for the next dozen years or so.

I am hardly alone in that.

Nearly everyone has struggled with acne at some point in their life. The American Academy of Dermatology estimates that “85% of all people have had acne at some point in their lives.” Contrary to popular myth, most people don’t out grow either by the time they reach adulthood. In fact, it can actually get worse as we grow older. (In my case, my acne from mild to severe in my late teens/early 20s.)

Despite seeing numerous dermatologists and getting prescriptions for various creams, pills, etc., my skin continued to regularly break out until I was in my mid-20s. It wasn’t until I took a more holistic approach that my skin finally started to settled down and while I still have the occasional pimple every now and then, it’s nothing like it was a decade or so ago.

While the tips below may not “cure” acne, they may be able to make it more manageable. I wish I had had known these when I first started breaking out, but it’s never too late to start these:

It’s a myth that eating greasy food causes acne, but there is some evidence that dairy may be linked to acne. The culprit appears to be the bovine hormones found in milk, cheese, and other dairy products and unfortunately, it doesn’t seem that organic dairy gets a pass.

If you happen to be one of those people who doesn’t seem affected and enjoys dairy products, then carry on. However, if dairy seems to worsens acne then try cutting it out for a month or so and see if there is any noticeable difference.

2. Fill up on good fats and anti-inflammatory foods.

There is limited evidence that omega 3 fatty acids (which are found in cold-water fish and flax seeds), antioxidants, and flavonoids like those find in green tea and many fruits and vegetables may have an anti-inflammatory effect on the skin and help acne.

Even if they don’t, eating well can make us feel healthy which can improve our overall mood. (I know all too well that acne can lead to low self-esteem and the connection between acne and depression has been well-documented.)

In any case, it can’t hurt.

3. When shopping for cosmetics and beauty products, ignore “non-comedogenic” and “anti-acne” claims and instead read the list of ingredients.

Like many, I thought that if a product said it was “non-comedogenic,” that meant it would not clog pores. It turns out that may not the be case. Non-comedogenic is not a regulated term. Anyone can use it—and some products that claim not to cause or aggravate acne may very well do one or both.

While benzoyl peroxide remains the standard to treat mild to moderate cases of acne, some people may not be able to tolerate it and/or may not like some of the possible side effects. (In rare cases, some may have an extreme reaction that requires immediate medical attention.)

One study found that tea tree oil was as effective as 5 percent benzoyl peroxide minus the nasty side effects.

Neem oil, which has traditionally been used as an Ayurvedic treatment for acne, may also hold some promise.

Whatever you use, avoid drying out or over-scrubbing your skin in the hopes of making your acne go away. Doing so will only make acne worse rather than better.

4. Consider yoga and/or meditation to deal with stress.

Stress can make acne worse. (I have no doubt that the main reason mine went from bad to worse in my late teens had to do with increased stress.)

Yoga and meditation are great ways to deal with stress and perhaps just as important, they teach us to live in the moment. Just like we are not our thoughts, we are not our acne.

While acne sucks, it doesn’t have to take over our lives. In most cases, it does get better with proper treatment and time. However, in cases where it simply is not responding to care or is getting worse, it is best to seek professional treatment. A good dermatologist can be a lifesaver. Plus, based on my experience, many are even open to a more holistic approach rather than the traditional approach of prescribing drugs immediately.

In any event, clearer skin need not be a pipe dream.