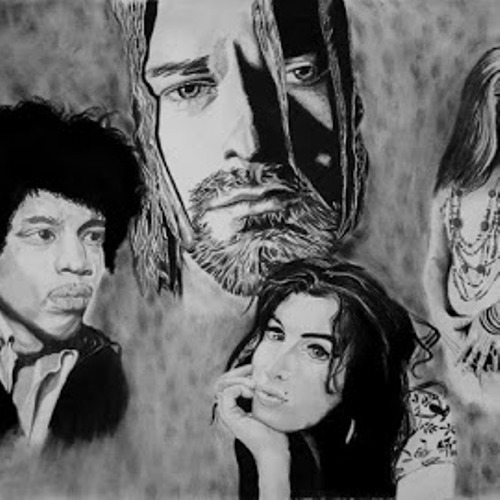 It’s my JFK moment. I remember exactly where I was, exactly what I was doing.

I was sitting in my grandmother’s ’81 Cadillac on my way to my best friend’s house when I heard the announcement on Z100: Kurt Cobain was dead. My jaw dropped, a gasp escaped my mouth, my eyes bulged—I was floored.

I was also only 12 and I don’t think any other celebrity death has shaken me quite like Kurt’s did 20 years ago.

The reason? Well, truth be told, sixth grade was the year that I started getting into music. I had received my first stereo that Christmas and probably only owned about 10 CDs at the time. Nirvana’s In Utero had been my latest purchase.

I remember thinking, “But I just bought his album!”

Slightly worried that my homage to Nirvana might have jinxed him and cost him his life, my heart saddened even more at the thought of never getting to see my MTV hero perform live. He had been an idol, my idol. He was the singer of, I think many of us would agree, the most important band of that time.

With a voice at once halting, hypnotic, beautiful (in a raspy way).

He wore the coolest clothes. I was in awe of a performance I saw of him on TV in a ripped shirt, the neckline intact, a large gaping hole between it and the fabric that made up the rest of the tee—I thought it was the coolest thing ever. He was a heartthrob. How could he be taken from us so soon at just 27 years old?

I did some research and realized that many of the greats (Janis Joplin, Jimi Hendrix, Jim Morrison, Brian Jones) died at 27, it seemed a rite of passage. I lived in fear that more of my favorites would soon depart as well, even though they may not have been 27—Tori Amos, Billy Corgan, the Deal sisters—this was the 90s.

Having grown up going to private school I had to wear a uniform, so when we had a dress-down day it was crucial to look cool. Sure, I had some sense of style, but when you wear a plaid, pleated skirt and oxford button-down every day and lack the freedom to dress as you like among your peers—the barometer of “cool”—it largely inhibits your sense of “hip.”

So I looked to TV.

What I was watching (though I wasn’t allowed to—sorry, Mom!) was MTV. And that is how I was first exposed to the era of grunge. Considering what I was wearing when I received the news of Kurt’s death (a flannel and loose jeans, what else?), I realize only now, 20 years later, that his influence spanned more than just my taste in music.

Nirvana seemed to be leading that revolution, and Kurt and Courtney Love were its unofficial reigning king and queen. My friends and I all looked up to them, getting our parents to buy us flannel shirts, baby doll dresses, Dr. Martens, Simple sneakers.

We all know bad news travels fast, so when I finally made it over to my friend’s house I walked in and said, “Oh, my God! Did you hear that Kurt Cobain died?!” She had.

We spent the rest of the day in mourning, listening to Nevermind and In Utero over and over again (shout-screaming the lyrics especially to “Smells Like Teen Spirit,” “Heart-Shaped Box,” and “All Apologies”), vowing to go out and buy the rest of Nirvana’s albums as soon as we had the money. We called our friends who loved Kurt as much as we did, discussing our shock and feelings about what had happened, our loss, watching Courtney’s vigil on MTV—all of Seattle, all of Washington state seemed to be there, candle in hand, and we watched, pretending we were right there with them as we said our goodbyes to our legend, our rock god.

We were but one small circle of many thousands of circles of friends who had lost a hero that day, all united in our grief. And though we didn’t know it at the time, this momentous event graduated us one step closer to adulthood—a sense of innocence lost on us as we were forced to deal with one of the hardest realities of life, to understand death.

And just like with Kennedy, the world changed when Kurt Cobain died. Yet his influence and memory live on in many of the thousands of bands that have formed since his death—how we dress, how we think.

The word nirvana is a Buddhist term referring to the state of being free of suffering, desire, and the ego, where one has shed all their karma to end the cycle of reincarnation. It is the final, ultimate goal to be attained in Buddhism. I’d like to hope that in his death Kurt found his nirvana, while the fans he left behind struggle and work to find theirs.

“Wanting to be someone else is a waste of the person you are.” ~ Kurt Cobain 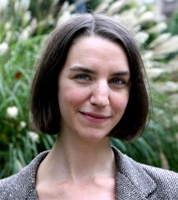