5 Gardening Lessons We Can Apply to Raising Children. ~ Khara-Jade Warren 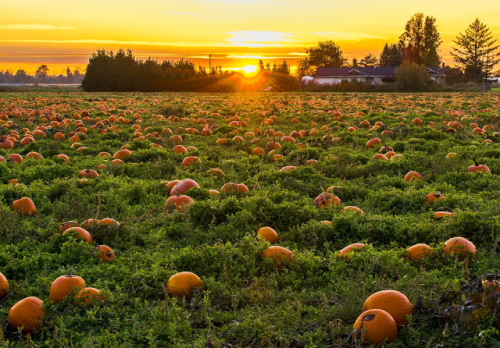 I was a vegetable-gardening virgin until a few months ago.

I’ve been a mom for three and a half years.

Not long after I started my adventures in growing my own (vegetables that is), some of the similarities between these two exercises in nurturing became clear to me.

The lessons I’ve learned so far with the vegetables, have echoed lessons learned (or perhaps not quite) with my son.

Maybe the reason some of these things became clearer to me in the garden than the nursery, is that vegetables seem to allow more time for reflection than children do.

So this is what I figure:

1. It’s all about trial and error

I read that a gardener learns more in the mistakes than in the successes and I think the same can be said for a parent.

So far I’ve lovingly grown and lost a few seedlings, either to snails, slugs, birds, cold, too little water, too much water and so on. Every little knock along the way helps me to know how to take better care of the survivors. Sure, I’ve read books, websites, free gardening magazines and had advice about what to do and how to do it, but just because you’re well prepared doesn’t mean nothing’s going to go wrong.

I’ve only grown one child (so far) but I’ve found that the same rule applies.

We can be as armed and ready with facts and equipment as we like, but we are still going to be faced with unexpected situations. We’ll be left with nothing but our own wits, and what we’ve learned so far. We’ll try our best and maybe fail and try again, perhaps a little wiser, until we get it right. And then they’re on to the next thing and we’re thrown back into uncertainty.

As we try, fail and sometimes triumph, we do learn and we do get better at it. That doesn’t mean there won’t still be more trials and more errors to come. We’ll just get better at navigating them and with any luck—and the weather on our side—the triumphs will start to outweigh the failures.

2. Instructions can only get us so far

We can only fill our heads with so many “how-to’s” until we actually have to do it as best we can, knowing what we’ve learned and knowing what we still don’t know.

Starting my vegetable garden and having my son were both preceded by a lot of reading.

Sometimes so much that it stopped me from actually doing anything. At some point I had to put away the instructions so I could actually go out and dig the soil or build a fort.

There is so much information out there that it can become paralysing.

There is so much to be learned from just doing, from just being in our garden or with our child.

I spent a ridiculous amount of time worrying. I worried about whether he had enough teeth, whether he knew enough words, whether he was eating enough, pooping enough, sleeping enough… In fact, the source of all this worry was just an information overload—not only from books, but from well-meaning people too.

Once I learned to forget about the precedents, make do with what I knew and how find out more if I got stuck, life became a whole lot more enjoyable for all of us. I don’t think I’ve read a guide-book on parenting since he was one. At three-and-a-half he’s doing just fine, has all his teeth, never stops talking, eats like a champ, poops like one too. The sleep…we’re still working on it.

3. They’re a lot tougher than we think

Last week on a very windy day, my greenhouse got blown over on its side. I was devastated. Seedlings were uprooted, labels and soil everywhere. My husband who found the mess, did the best he could to salvage and replant everything carefully.

My reaction was totally out of proportion to the scale of the event, but at the time it felt like a tragedy of epic scale. Yet now the courgettes are still thriving, some tomatoes made it, we’ve got onions hanging in there. Although some butternuts are still missing in action, we planted new ones and they’re growing fine.

Now the greenhouse has bricks on its bottom shelf for the windy days.

My husband in one of his moments of wisdom and in an attempt to calm me down said, “It’s okay, they’re a lot tougher than you think.”

I remembered the day the same words were spoken by a doctor in the Accident and Emergency about my son.

It was the first time he had a serious fall. There was blood. I’d never felt my heart hammer as hard as it did when we rushed him to the A&E. All he had in the end was a cut, a swollen lip and a grazed face.

“He’s fine”, said the doctor after checking him out, “they’re a lot tougher than you think.”

As a mother, my instinct is to protect my child from any kind of injury but really, we shouldn’t use that as a reason to shelter them from every experience. They should be able to climb trees, run, jump and play rough. Yes, they’ll get hurt sometimes. But how will they learn their boundaries if we don’t allow them to find them? I’m not advocating neglect, just a little more freedom and a little fewer, “Be carefulls.” It will do them, their sense of adventure, courage and capacity for resilience a whole lot of good. And they learn, do better next time. Besides, they’re tougher than we think.

4. They need good soil to grow in

This is a pretty obvious point when it comes to the vegetables.

I spent the best part of the first month of my vegetable-gardening career digging the bed, turning the soil, meticulously removing root after root, covering it with plastic to draw out the weeds and then carefully pulling them. After that, I still needed to mix in some compost and shingle to get the drainage and nutrition just right.

Some things will grow in pretty much anything and almost anywhere, but as a rule: good, well-loved soil is a must.

When it comes to nourishing a child, parents are the soil they grow in. We and our families, our friends, our neighbours, the villages we build around our children, whatever their shape and size, compose the soil that a child grows in.

We need to make sure we tend to that soil. Take good care of ourselves. Make time to nourish ourselves so that we can nourish our children.

And I’m not only talking literally. Of course for a breastfeeding mom, it can be pretty literal.

Generally I’m talking about nourishing their tiny hearts, their little souls and their constantly expanding minds. Making sure the influences and voices around them feed them and affirm them so that they may flourish. Never break them down or allow the weeds of self-doubt and insecurity to grow, .

5. In the end, it amounts to love and time

If we give vegetables enough time, lavish them with attention regularly, love them in any way we can with the knowledge available to  us and to the best of our ability, they will grow well.

A child will too.

Love and time: over and over again, every day and all day.

Be generous with both and all mistakes, falls and heartbreaks can be overcome. They will grow strong, sure and able.

What could be simpler? Well, it’s simple and complicated. As most true things are.

But if we’re blessed enough to have both a vegetable garden and children, both our plates and our hearts will always know abundance.

Walk the Talk with Waylon Lewis / Because parents also need to save money:
~

Khara-Jade Warren is Elephant Journal’s Managing Editor of Partnerships. She writes about wellness, mindfulness, love, grief, and motherhood. Connect with her on Instagr… Read full bio