A Soul On Fire? I Can Dig It. ~ Jessica Marie Carson 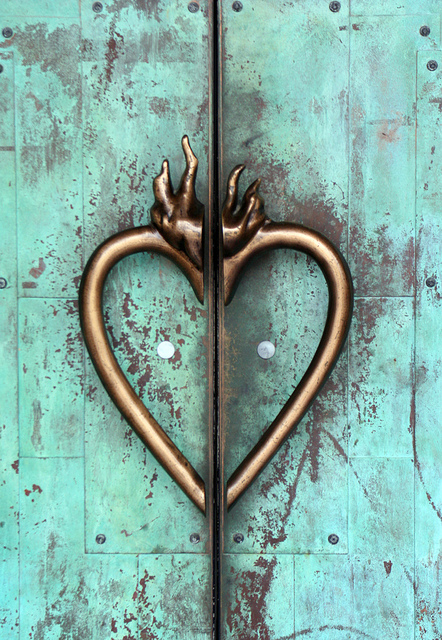 Do you know the people who inspire me more than anyone—like even more than Mysore folks who wake up at 4 a.m. for self-imposed torture?

I’m inspired by people who leap out of bed in the morning to save an endangered species of grasshopper. The people whose meaning would go dim if they couldn’t make ceramic tea mugs—whose world would stop turning if they didn’t support the rights of coffee farmers in Costa Rica. Those who would be utterly lost if they couldn’t study the reproductive life-cycle of mushrooms.

What do all of these people have in common? Not much—other than the fortune that they’ve identified one phenomenal, endearingly idiosyncratic and eccentric passion that colors their life and electrifies their soul.

A series of recent conversations planted this seed of appreciation. As I continue to examine who and infuse my life with meaning, I’ve noticed a few consistencies in the people who do things from their soul.

They whittle down interests into an achievable mission: A few days ago, I grabbed a drink with a PhD in atmospheric physics (yeah, I know…). As I asked about his work, the excitement, the pride, and the electricity he let off as he recounted his adventures saving coral reefs and Andean glaciers was contagious. Like carving a beautiful statue from a hunk of wood, he took a broad and arguably boring field of study and, over the years, narrowed it down until he found something that spoke to his soul. All I could think was, “How freaking cool – and lucky?” This guy is set on fire by coral reefs.

They’re content with the scale of their impact: I won’t lie. I used to filter potential professions with the requirements that they would allow me to:

While individuals with world-repairing, game-changing jobs are fortunate and (hopefully) very satisfied, I want to give a shout-out to people who are comfortable knowing their chosen profession is not and never will be conventionally profound or impactful.

Okay, so maybe we’re not inventing a new vaccine, rescuing kittens from trees, or launching monkeys into orbit. Maybe we design clothes or make floors or teach yoga. No, we’re not saving lives, but our contributions—made consistently and from the heart—are just as important, karmically speaking. The small stuff counts too.

They find beauty in the minutia of their work: The other night I was in DC speakeasy The Gibson, imbibing at the bar, watching the shamelessly hipster alcohol-artisan carefully craft cleverly-named beverages. Perhaps it was the absinthe-infused cocktail in my clutches, but I was overtaken with a profound appreciation for the care, precision, and consideration he gave each order. Truly.

This be-scarfed bartender actually made his own ice.

He created high quality ice in teeny-tiny portions—ice so flawless, you couldn’t find an air-bubble with a microscope—and carved it by hand into perfectly spherical balls for his drinks. As he worked, he did so with intention, diligence, and focus typically reserved for Olympic athletes and presidential debates. And I found it pretty damn beautiful—and refreshing.

They exude happiness even in drudgery: I was almost brought to tears on the bus a few days ago. And not for the reasons that most people want to cry or partake in public displays of outrage on public transportation. I was deeply moved by how truly happy the driver seemed as he carted around a bus full of sassy, rushed, and damp DC residents. I was moved because I couldn’t understand why or how he was so content; he was kind, joyful, and apparently unaffected by the overall sense of ingratitude and scent of tuna sandwich.

I am similarly in awe of people who clean porta-potties or garbage men who whistle as they work—it’s as though all they’ve ever wished for, fought for, and been motivated by in life was the notion of taking my five-day-old guacamole to the dump. Thank whatever God you pray to for these people—they make our jobs look easy. If they can do it with a smile, so can we.

They view their contribution as an offering: If you’ve never seen the documentary Jiro Dreams of Sushi– watch it. Now. I’m not above peer pressure, people. There’s a wonderful quote from the film, “Once you decide on your occupation you must immerse yourself in your work. You have to fall in love with your work. Never complain about your job. You must dedicate your life to mastering your skill. That’s the secret to success.” Think of a life making sushi: it’s repetitive, smelly, lonely, and probably pretty dull. But when viewed as a service, that burden becomes an offering.

One of my favorite and most passionate yoga teachers, Krista, is another inspiring manifestation of this. She wakes up before the crows, teaches an exhausting roster of classes, and always has a smile and a funky arm-balance to brighten my day. On days that the routine tests her, she said she repeats again and again, “I’m going to serve. Gotta serve. Gotta serve.”

They live the life they champion: Nothing is worse than a phony-baloney.

People who don’t practice what they preach—the obese doctor, the tax-evading judge, or the selfish philanthropist—can drag respectable professions down into the gutter. But then there are those individuals, like the coral reef guy and Krista, who intermix their livelihoods and their lives in beautiful and seamless ways.

The PhD rides his bike and closes his windows if the AC is on (something I’m a terrible offender of) so his reefs can stay colorful and his glaciers can remain… well, icy? Krista is a vegan, a mindful consumer, and maintains a devoted and diligent practice despite her long days. Are they 100% adherent, consistent, and aligned with their beliefs all the time? Probably not. But do they make a damn respectable effort? Hell yes.

The other night, I’m talking these thoughts out with a friend. I confessed that, in the past, I judged people on their jobs, their pursuit of meaning, and the idea that they were “wasting their potential.” Then, without thought or filtering, from some deep dark crevice of my subconscious, I said, “It’s incredible how much I have to learn from people who I thought couldn’t teach me anything.”

He turned to me and said, “Wow, I really like that quote. Where’d you get it from?”

Where’d I get it from? Here’s the recipe: one large piece of humble pie, a heaping spoonful of fresh perspective, a generous dash of soul-searching, and a pinch dry humor. 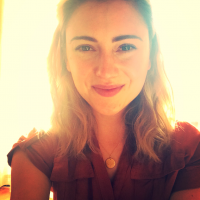