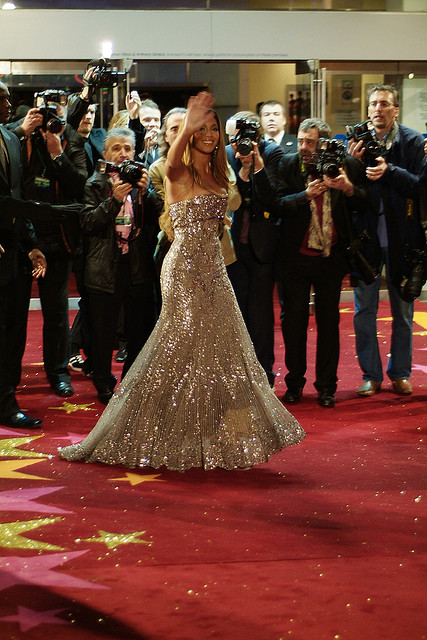 I never thought I would mention Monica Lewinsky, Donald Sterling, and super couple Beyoncé and Jay Z in the same sentence.

They have far more in common that meets the eye.

Recently, they have all been in the news or made headlines after what they thought were private conversations or private incidents were made public. (In Lewinsky’s case, the recording of her phone conversations between her and then-friend Linda Tripp actually occurred in the late 1990s but she’s recently decided to speak out about it again for the first time in over a decade.)

While it’s easy to dismiss such things as mere media fodder, I have looked at these recent stories with a mixture of intrigue and I admit, fear. Regardless of one’s opinions of the various personalities involved, it is a bit worrisome to think that we live in a world where the entire idea of privacy and private life no longer exists for any of us.

Forget the NSA, the person or persons who may betray us are usually those we thought were our friends, our lovers, or in the case of that last pair, maybe even anonymous people looking make to make a fast buck. (As of right now, no one knows who leaked the security footage of Jay Z, Beyonce, and Solange Knowles, but some thing it may have been a hotel employee whose job was to review security footage.)

The respective incidents remind me something my late grandmother once said: a secret is no longer secret once another person knows about it.

In her case, she often took things to an extreme: she never kept a diary nor said anything to anyone she never wanted repeated.

While I often dismissed many things she said, this was one time when I listened to her. Still, there were times when I got burnt. Case in point: as a high school student, I made the mistake of confiding to whom I thought was my best friend about my first serious boyfriend. I had no idea until much later that boyfriend was cheating on me with her, and she gleefully told him all the things I thought about him that I had confided to her.

Looking back, it’s easy to chalk that up as normal teenaged drama, but it nonetheless left me pretty badly shaken. Fast-forward a few years to college when the whole Lewinsky scandal became international news, and I was horrified at the mere thought that a “friend” could betray another friend so badly.  Interestingly, the timing of this was right before the social media age and the era of the ubiquitous security camera in every shop, on every street corner and (increasingly) even in some private residences.

Nowadays it seems that there really is no place such as a private place. It seems that many of the younger generations not only accept this, but also expect this. On one gossip chatboard, a commentator who claimed to be in their teens said that none of the parties in the Jay Z, Beyonce, and Solange Knowles saga should be surprised by the leak video footage because “everyone knows that everything is recorded” even when someone thinks they are in a private space like an elevator.

Perhaps this is true. However, even if it is true, I would argue that this is not necessary a good thing.

In my experience, always being “on” and having to watch every p and q lest something we say or do can and will be used against us is a huge barrier to ever really getting know anyone.

Nearly all of us invent personas or at least make use of them frequently when we are in public. There is nothing inherently wrong about this. For example, when I teach children, I have to present myself as calm, in control, and  approachable even if I am not always that way. The point is, they only see one-side of me as do many people I work with or encounter.

The people who know us best are the ones who know all or at least many sides of our complex characters. Usually, at least one of these sides isn’t always kind, politically correct, or as good as we would like to be. Frankly, the idea of keeping that hidden lest it should be used against us is depressing.

I have no desire to always be “on”.

I have no desire to live in a world where anything anyone says-even in the privacy of their own home or in a closed elevator -becomes broadcasted around the world.

While I don’t claim to know what the ideal solution is, maybe we should start with ourselves or at least think twice before broadcasting every detail of our personal life on social media. While it is ultimately up to each individual to decide for themselves where that sphere of personal life begins and where it ends, just having a personal life is a start.

Likewise, the people we invite in our personal lives should be aware that by inviting them into that sphere, the things that are discussed or actions that are done are between us and us alone.

It wouldn’t guarantee that no one will ever be betrayed again but at the very least, it cuts down on misunderstanding about the “blurred lines” between public vs. private.

At the end of the day, there are some things that truly should and deserve to remain private.