Lay Your Burden Down. 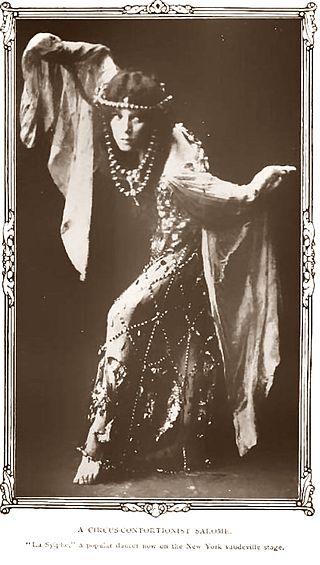 “You wanna fly, you got to give up the shit that weighs you down.” ~ Toni Morrison, Song of Solomon

I had a massage today, a gift from a dear friend.

As the gentle, competent therapist worked on the tension in my back and shoulders, we were silent.

I liked it that way.

I have lived too much in my head for nearly two years, my body bearing the brunt of an incredible series of losses, tensions and shocks. I struggled to free my mind in meditation, but  it had never been harder to watch thoughts go past without stepping into their tangled stories. I was a beginner again, on the cushion.

I also became, literally, inflexible. I could no longer bend easily at the waist and touch the ground with flat palms. I could not get through even the gentlest “regular” series of asanas without agony. I could not turn over in bed without feeling that a hand gripped me just above the sacrum.

I did not willingly think of sex, dancing, or going for a long walk.

I could not get past my head, where I was living behind tightly locked doors. It was a very busy place, all up in there.

My body was really just a problem, like an abandoned building with asbestos in the walls. Things hurt, things didn’t work, it got too tired too fast and made me feel old. I didn’t want to die, exactly, but I wanted to feel better by fiat. I ate right, I followed all doctor’s orders, and so I should be healthy.

(My body was a jankety, ratchet cheat, and I kind of really hated it).

For the first part of the massage I tried not to think. I tried, actually, to be entirely present with what was happening, the hands unravelling my shoulders, my back, my neck. I kept finding myself in the middle of a mental tirade about some past injustice, or making plans, or wondering if my back looked as fat as I suspected it did.

As I do in meditation, I kept bringing myself back, but it was a struggle.

Then, just after I turned over on my back, these words appeared like a sign in my brain: “lay your burdens down.”

Lay your burdens down.

I thought about the things that had haunted me, bedeviled me, and been constantly on my mind (and in my shoulders and my back) for so many months. It was an impressive list. It doesn’t matter what’s on it; everybody’s got their own stuff.

I thought about the artificial distance between my brain and my body, the damage done to this sturdy, serviceable vessel that never deserted me no matter how I neglected it, judged it or piled on it psychic burdens too painful to keep in the prison of my head.

It had become a dumping ground, my poor body, un-loved, un-cosseted, under-used…abused, actually. Because bodies need to dance, they need to rest deeply, work hard and be touched by loving hands, fragrant oils and ocean water.

Our bodies give us so much, if we listen to them—that heaviness in the chest that means it’s time to cry, and the eventual ease that means that particular storm has ended. The plummeting gut and sweaty palms that cry for comfort and support in the face of fear.

I had ignored all of that, or made faint stabs at reparation followed by self-recrimination when I could really do the yoga, or the meditation was half-assed, or I just couldn’t open to the person trying to comfort me. It was my fault, I was a bad Buddhist, an inadequate and fat old yogi and a disingenuous friend.

It was a heavy burden, a mess, a source of shame and limitation and real, physical pain.

But I could put it down. All of it.

As the therapist made long strokes up the sides of my neck, something broke loose:  I was the neck, I was  her hand, and I was the warm tingle where they connected.

I was in my body, I was not thinking, and when I did think, I thought about dancing. Which is crazy because I don’t, I can’t, I won’t

I imagined being one of those people who could move their hips just right, sexy, grounded, not thinking but moving from instinct. I have always hated dancing even when I am alone (take that in: even when I am alone) because my mind is so keenly aware of my physical awkwardness, my fatness, unsexiness, frizzy-haired ridiculousness.

What if somebody looked in the window and saw me jerking around, sweaty and flushed?

I could lay that burden down.

I could live in my body, my trustworthy body that would always tell me truth about where I was, and how I was without benefit of drama or byzantine stories about why things happened or what might happen next.

I could love my body with the gentlest of yoga practice as I heal from carrying such heavy weight. I could have more massages to set myself free. I could