Niceness: A Measurement for a Successful Yoga Practice. ~ Annabel Lang 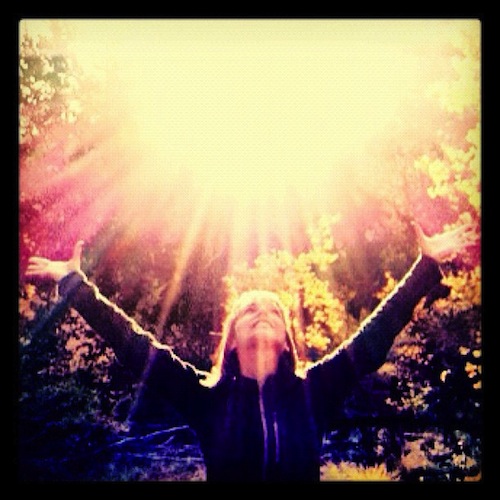 We need to check ourselves.

Or, I know I need to check myself and I am pretty sure I am not alone in this.

By “check myself,” I mean regularly take stock of what I am doing and evaluate whether it’s working. This is difficult because it’s hard for me to be objective. And, while the process is imperfect, it’s important because frankly, no one else has sufficient time or access to all the pertinent information about the state of my body, mind and heart.

Over the past few years I have spent a lot of time on yoga, mostly on the mat, but more recently via other avenues.

Because I have invested so much time in the practice, it is important for me to check whether or not it is working for me (or on me).

As I mentioned, this is difficult.

I have a vested interest in coming to the conclusion that I have not been wasting my own time—that I would not have been better off if I had learned to throw pottery or taken up fencing instead. In order to keep myself honest, I find it helpful to use a predetermined metric, and I think I have a good one for measuring the effectiveness of my yoga practice: niceness.

A good metric is a beautiful thing.

It describes what we are measuring, hints at where we want to go and, over time, tells us how far we have progressed towards our goal. The tricky part is finding the right metric to evaluate any given system. An ideal metric measures a system directly, but almost as good, is one that measures a direct consequence of a system that increases or decreases proportionally as the system improves.

So, why is niceness a good metric for yoga?

Stating the purpose of yoga is a surefire way to start an argument, but I’m going to wince and do it anyway. The purpose of yoga is to make contact with our true selves and recognizing those selves as divine and infinite. In so doing, we come to understand that divinity exists in all other beings.

As we understand this more thoroughly, we behave more and more as though this is the case.

Our wisdom manifests in our becoming nicer to ourselves and others. If we think other people are divine (or vessels for the divine—potential or actual, that debate is for another article), then we are going to treat them really well and the same goes for the way we treat ourselves.

So, our niceness increases in proportion to how well our yoga is working.

And voilà, a nearly ideal metric for evaluating the effectiveness of the system.

If we were proposing a scientific paper on the subject, then niceness would be a problematic metric because it is a pretty tough thing to quantify. (You would have to reduce it into observable component parts and you’d wind up with a ridiculous list of questions like: Did she smile at the cashier? Did he allow another car to merge onto the highway?) But as people living in the world, I’d say we are pretty good at knowing what is nice and how nice we are being.

In case anyone is wondering, I’ve decided that overall, I’m getting nicer, so I am going to keep doing yoga.

However, I don’t think the percent increase in my niceness is at the level we would expect to see based on how much yoga I’ve done, and I think that indicates some sticky points in my practice, some places where the system is not (or was not until recently) functioning optimally.

My progress in this area (up until recently) has been glacial, but it started to speed up notably once I expanded my exploration of yoga beyond the physical practice by living at an ashram for two months. I’m not asserting that this is necessary for everyone else. The necessity for me had a lot to do with my past relationship with my body and exercise—anything primarily physical is going to trigger those old associations so I needed a good dose of philosophy, meditation and community for context.

What I am asserting is that we all should consciously measure the effectiveness of our practice, so we can notice if something isn’t working for us and make an effort to fix it. And, as I’ve mentioned, I think we can do that by contemplating how nice we are becoming.

So, if millions of people practice yoga in the US, the number of American yogis is ever increasing, and, as the Yoga Journal study also indicates, people are getting more and more serious about their practice, we should see a proportional boom in niceness.

Do we actually see this increase in niceness at the level we would expect given that over 6.5% of the population is practicing yoga?

I know a lot of nice yogis, but 6.5% should be a serious nice epidemic. I have theories, (oh do I have theories), as to why this maybe isn’t the case, but those theories are grounded in my own experience, so I hesitate to generalize them to 20.4 million others.

But, the good news is we all have the power to evaluate our own practice. An effective practice is good for us and for everyone we encounter.

So, yogis, let’s check ourselves. 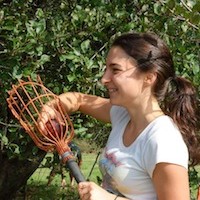