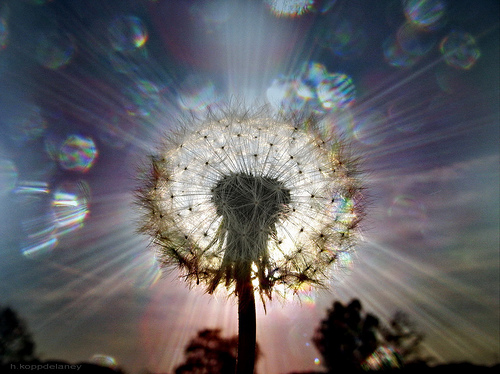 I am an avowed forest roamer.

From the time I was old enough to leave the house and hang out by myself (around the age of six—since I grew up when there didn’t yet seem to be a child molester lurking behind every lollipop) I habitually grabbed my dog—a fine and adventurous black and white English Pointer—and set out for the woods. This was in semi-rurul Massachusetts, and there were seemingly endless places to explore.

I didn’t know it then, but I was traveling through a riot of natural food—and I thought it was all just beautiful stuff to look at.

Afterwards, I would go home and suck down a Coke and a Ding Dong, never even suspecting that there was a whole other world of yumminess and (not that I cared about this back then) nourishment right outside my back door.

Since my youth I have become a much more health conscious person, but weirdly—especially since I often see older people picking mushrooms and greens when I am out and about—have persisted in my blindness regarding the possibilities of the plants that surround me every day. Until recently, with a few exceptions—apples from the apple tree in my backyard, wild berries I can easily recognize—I considered the woods a place to walk, not gather things for dinner.

Of course, there are those pesky signs posted all over the place which promise a $500 fine for anyone found “picking native plant species”, but really, who cares if anyone fills up a basket with a bunch of weeds? (Okay, some people care or that sign wouldn’t be there, and I understand that there are endangered species that need to be left alone, and that if everyone went out and picked everything there would be nothing left, but I don’t imagine that will be happening anytime soon.)

So, it being spring, with all the green things popping up gladly all over the place, this nifty article caught my eye. It explains, quite simply, that there is stuff we can eat growing right underfoot, and it describes exactly what a few of the most common and nutritious are.

I decided that very morning, as I loaded my dogs in the car for our daily forest excursion, that I would see how many of the five plants it listed I could find, and, if possible, pick some, bring them home and actually eat them. I went armed with a canvas bag and my phone, with which I planned to take pictures of plants not listed in the article so I could determine if there were other edible things out there as well.

What fun I had! With a new perspective on what I was seeing, everything seemed to come alive. I spied and I smelled, I touched and examined all sorts of plants I never bothered to notice before beyond a passing, “Hey, that’s a nice shade of green.”

Here are a few things I discovered: 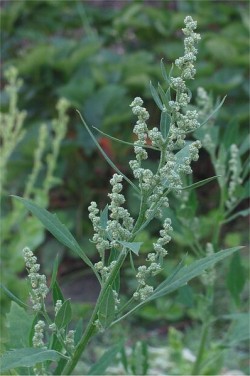 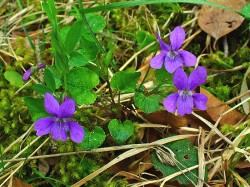 Being unsure of the actual identity of the Lamb’s Quarters, and also unsure about whether violets are edible or not,  (I checked here and found that they are), and because the raspberry bushes won’t yield raspberries for quite some time, the only thing I left with was a sack of dandelion greens. But what a wonderful sack it was.

Though, as I mentioned, I have plucked a handful of wild food here and there, I had never set out to do it purposefully. I felt more excited to eat these little dandelion leaves than I’ve felt to eat anything in quite a long time.

How to prepare them?

I longed to drizzle some oil in a hot pan and sauté them with salt and pepper, but I didn’t have all that many and I knew they would cook down to nothing. Besides, I felt that raw, for this first time, was somehow the best way to go.

Into a colander they went, a quick rinse, a good plate, my best olive oil and a dash of Himalayan sea salt later and I was munching on…the forest. Here were the flavors of all the places I meander every day. The sun, the rain, the earth of my places, the places I know so well and love so dearly, were right there on my tongue, picked by my own hand.

Suddenly my mind raced with ideas for the violets I’d seen, the Lamb’s Quarter’s I hadn’t verified but would, all the berries I knew were locked and loaded, the mushrooms that would pop up in the fall, the watercress I remembered my manicurist telling me she collected nearby, and many many other things which I now realized were directly under my nose.

I’m not saying I plan to go out ravaging the forest floor for every meal from now on, but the knowledge that this stuff is there is awesome, and gives a direct sense of the bounty and generosity of our world, which is often lost on me as I march down the aisles of the grocery store.

And, as the article that originally inspired my gathering spree explained, you don’t have to live near the woods to make these discoveries for yourself. Many similar edible plants live between the cracks of city sidewalks or in the lawn in your backyard, in public parks, and really any place that green things grow.

Consider grabbing your smartphone and a little bag and go explore– maybe you’ll find your next meal waiting quietly in some ordinary outside place you travel every day. If nothing else, you will awaken yourself to the wonders the miraculous world all around you.