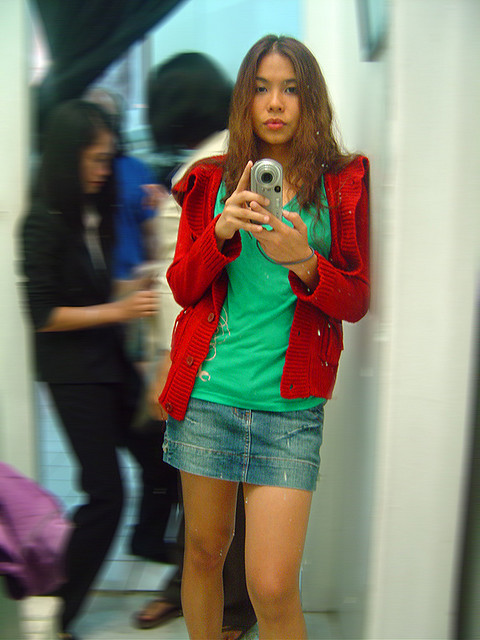 Earlier this month, we were shocked by the sudden death of British media personality, Peaches Gedolf.

Unlike many Americans, I was familiar with who she was before she became a public figure. I was living in London in 2000 when her mother, the former TV presenter Paula Yates, died of an accidental heroin overdose at the age of 40. For weeks, Yates’ death was the top news story. Many asked what would happen to her young children who at the time ranged in age from 15 to four years old. (Peaches was 11 at the time.)

Even after I moved back to the U.S., I saw pictures of the children appear from time to time on various British media sites. When Peaches decided to follow in her mother’s footsteps and become a writer and TV presenter, there were a few commentators who publicly worried that she might be following the same tragic path that her mother’s life took, especially after the numerous allegations that she was using hardcore drugs including heroin.

However, Geldof’s life seemed to take a 180 degree turn once she became a wife and mother nearly two years ago. She credited her two sons with helping her “heal” some of the traumatic parts of her childhood. In her last interview less than a month ago she said:

“…I was not at peace with myself about it because I was just traumatized. That’s why I was living a chaotic lifestyle. But now I have the kids I can heal the situation. It’s so good in every single way, really.”

In addition to talking and writing about her children, Geldof was also a fan of social media sites like Instagram and Twitter and regularly posted pictures of herself with her children enjoying the domestic life.

Therefore, it came as a shock to many when it was revealed on May 1st that “heroin likely played a role” in her death and toxicology reports showed “recent use.”

When the news first broke, many people on various websites and social media sites expressed disbelief or outright dismissed it as “speculation.” Even those who accepted it expressed surprise that a woman they thought they knew so well via social media sites could have possibly led a double life.

As I read those comments, I was taken back to another celebrity death that occurred less than a month before Geldof’s, namely that of fashion designer/stylist L’Wren Scott who was also the long-term girlfriend of Mick Jagger.

While Scott’s death was a suicide and there were no drugs involved, she was also a fan of social media and had posted several photos on Instagram which seemed to suggest that she was living the sort of happy, privileged life that most of us can only dream about.

While the two women may not have seemed to have much in common with each, one thing was painfully clear: their respective pictures came no where close to telling the full story.

While it’s tempting to dismiss these stories as mere entertainment fodder, the truth is that many of us are more like Scott and Geldof than we care to admit even, if we don’t choose to make our respective livings in the public eye.

Just today I was on Facebook and marvelling at the number of upbeat posts in my news feed. Granted, this isn’t a bad thing. However, I know many people who are going through or have recently gone through some very difficult life changes including death, divorce, and personal bankruptcy but you would never know if from looking at their posts or pictures.

I freely admit that I am guilty of doing the same. In my real life, I am not nearly as outgoing or upbeat as most of my posts suggest. There are several people with whom I hold grudges, but that isn’t known. Each image or post that I put up has been selected and edited by me.

We all do this. Therefore, why do we think that public figures are any different than us especially when in their cases their public images literally are their fortunes?

As a child of two famous people born into the internet age and who, from infancy, appeared in several carefully-staged “exclusive” photoshoots with her parents, it’s not a stretch to assume that Geldof was more aware than most of the power of the media and photos to shape the public’s perception.

While an arm chair psychologist could argue that perhaps she was trying to create an image she wanted desperately to achieve in her personal life, another explanation could be that she was simply doing what most people do on social media sites—create a persona that may have little to do with reality.

Still, there is something about looking at pictures of someone’s home, kids or vacation that makes even the most rational of us think that we really know them, especially if the images we are looking at are imperfect in some way. (In Geldof’s case, the fact that many of her photos were taken in her messy, toy-filled home and appeared overexposed or in some cases, even slightly out-of-focus only seemed to make them more real.)

In a way we have all become public figures thanks to social media. We are aware of how powerful the internet is and how we are all becoming “brands.”

Even those who do not go out of their way to construct a persona may still be affected. Many become depressed by reading about the so-called exciting lives of others. (Indeed, researchers at the University of Michigan released a study last year about the phenomenon of people feeling like they are “missing out” when they read the upbeat posts of others on Facebook.)

Therefore, I hope that if anything positive can come out of these two very unexpected, very public deaths is the realization that what we see isn’t always real. While I don’t think that abandoning social media is the answer, I do wish that all of us would take the pictures, status updates, etc. that people post-both famous and nonfamous-with a grain of salt.

As much fun as the social media world is and as much fun as it can be to visit, many times it has little to no bearing on reality. In cases where we suspect that someone we care about is experiencing difficulties, it may be far more helpful to actually ask them rather than going by what they post.

Recently, I saw a t-shirt bearing the words, “May your life be one day as awesome as you pretend it is on Facebook.”

While it was meant in jest, I really hope that one day it is true for all of us.

In the meantime, if it isn’t, remember that help is out there and also, no one’s life (that I am aware of) ever became better because we pretended it was on social media. Sometimes the best sign that we are truly happy and content with our lives is that we don’t feel compelled to share it on Facebook.