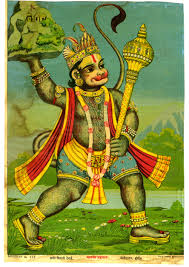 Warning: a little naughty language ahead.

I thought about a lot of things when I first started (excuse me) being yoga.

What kind? What studio? Which teacher? What do I wear? Where do I sit? What will I think about?!

That last one, whoa, that’ll kick you right in the “happy baby.”

Up to my (third) eyeballs

I remember one restorative class, early in my practice, during which my head was a particular nuisance. I had high hopes for my yoga that day. Our teacher was lovely; the class was lovely; the poses were lovely; I was annoying.

My monkey brain seemed determined to throw the most annoying thoughts possible at me for the entire hour. Well, there was one about Edward Cullen that was nice, but the rest was mostly ex-boyfriends, unpaid bills and the like. While I am usually pretty good at staying centered and focused during class—tuning out the other people in the room, leaving my day at the door—I couldn’t do it. As much as I wanted to just hug my bolster in child’s pose and bliss out, I felt like someone was poking me the whole time like “hey! hey! hey! whatareyadoin—what are ya doin???”

Oh my god, I am trying to restore—would you please just shut up!

I buried my face in the bolster and squeezed my eyes shut tight.

At the end of class, while I was sitting cross-legged, trying to keep my shoulders down from around my ears, my hands resting on my knees with palms facing upward, I stole a sly glance around the room, wondering: am I doing this right? Everyone looked so serene—they had clearly reached a higher plane of enlightenment than I had because no one else looked like they were thinking about cheeseburgers.

I was thinking about cheeseburgers. And that guy Mike who I’d met at the gallery last week.

Had he been looking at me?

I wonder if he comes here… And so on and so on. As soon as I let one of those thoughts in it was like the stock ticker on CNN: an infinite marquee of nonsense shouting at me while I was trying to free my mind, dammit.

The list of things to think about was endless. How was I ever going to achieve inner peace with all this noise? That’s why I was here, right? I was doing the yoga and while everyone else was all “ommmmm-namaste-shanti-shanti-let’s-grab-a-green-drink”, I was stuck in the spin cycle of my grocery list, an overdue trip to the dentist and what I wore to school one day in the sixth grade.

What was I doing wrong?

Put a bird on it

And then, one day (chest deep in King Pigeon), I realized something: Maybe, just maybe, if I dealt with that credit card bill, it would quit f*cking with my chi in class. So after we ommmmm-ed and namaste-ed and drank our green drinks, I went home, paid that sucker, and I never thought of it again. I also friended Mike on Facebook and asked him out.

Turned out he had a girlfriend, but he didn’t bug me during bakasana anymore. Boom! Transcendence!

And so became my regular practice: I went. I yoga-ed. I dealt.

“Whatever thoughts present themselves, just notice,” my teachers so often said. And I did, notice. But noticing, that wasn’t enough for me. I didn’t just think about what came up, I took action. Still angry at my ex? I wrote it down or worked it out, whatever form that took (often electronic and ill-advised, but effective). Feeling bloated? I threw out all the mac and cheese in my pantry and vowed to eat nothing but smoothies for a week (I am rather ambitious after a sweaty vinyasa practice).

If you have any poo, fling it now

Asana stirs things up, that’s the point. It’s what we do with that crap that ultimately makes our practice worthwhile.

When hip-openers make us angry, do we dare look at the debts we might be carrying, where we might be able to forgive? When standing poses feel wobbly, are we brave enough to ask what in our life off the mat seems unbalanced, where we can smooth things out?

For the record, none of us comes to the mat for the first time with our mind a complete blank, ready to get our enlightenment on. Working through our shit is part of working through the poses, and when the physical practice starts to get easier, that’s the time to dig deeper, to push further, to reach for our edges.

Our time with the practice is our time to take stock – of where we are, of where we’re going and of what we’re dealing with at any given moment. For me, so many little things come up all the time; yoga is my way of clearing them out, one by one.

“Just cause you got the monkey off your back doesn’t mean the circus has left town.” ~ George Carlin

And though I’ve reached some sort of temporary equilibrium, my mind is by no means an IKEA closet of organized experiences and expectations. I’ve just turned it into a game of Donkey Kong (kind of like troubleshoots-and-ladders).

But rather than wait on the monkey to throw poo at me, I chase him down.

I work through a problem—I move up.

I find a new problem, I work through it—I move up.

Getting better with every go, one step closer to catching that crazy monkey.

And we have to remember, especially when we come up against things that might surprise us, movement is the goal—in our bodies, in our minds and in our hearts. (If we liked the stuck-ness, we’d probably have just stayed on the sofa rather than squeeze into our spandex.) And confronting our stuff is hard work, brave work, but the rewards are real; the freedom of big un-dreamed of things is a possibility worth fighting for.

So get that downward dog on. Face what comes up while staring down at the mat. Sometimes it ain’t pretty, but fling yourself to the edges with wild abandon and see where the yoga takes you. At the very least, it got you off of the sofa. 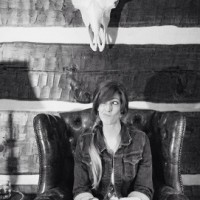