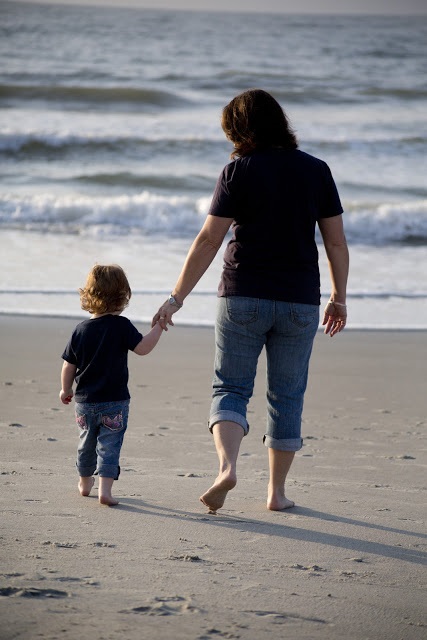 I have a very thoughtful friend who, each year on Mother’s Day, asks me in a gentle voice how I am doing. My own mother passed away more than half of my life ago, when I was 17 and this annual celebration can sometimes be challenging for me—but not for the reasons my friend might think.

The term sandwich generation is used often of late to describe those who are pulled in two different, equally consuming directions simultaneously: their children on one side and aging parents on the other.

I am part of a different kind of sandwich generation, living in the space between having already lost a parent and anticipating regret over the children I will likely never have.

As I get older—lengthening the distance between the time in my life when my mother was present to today, when I am more accustomed to not having her with me—it is the latter, the regret over not having a child, that is far more likely to cause sadness on Mother’s Day.

For much of my life, I believed I was put on this planet for one reason—to be a mother. In all my childhood days of playing house, I never considered the idea that I would not find a partner or that motherhood might be a more complicated proposition for me.

But this is not a narrative about how hard my life is. I have a pretty fabulous life, actually.

Unlike friends whose obligations lie first and foremost with their children, I am footloose and fancy free. Yoga retreat? Sign me up! Sleep late on a Saturday morning? There’s no one to yank me out of bed. I have no carpool I need to tend to, nor weekend tournaments or school plays around which I need to build my schedule.

But this was not how I envisioned my life; having children was something for which I always longed. I know, from speaking with my friends, that they did not see things turning out this way either. As we watch our friends have kids and those kids grow into tweens (God help us all), we feel a collective sense of sadness; we are watching the window of opportunity for us to do the same slowly closing.

My own mother was an inspiration to me. Although flawed, as any human being is, she seemed to me to be flawless at mothering. She was my best friend. When she died, I felt not one thing had been left unsaid between us and I appreciate how rare and special that is.

Perhaps my desire to have a child of my own was my attempt to recreate the bond she and I had.

I thought seriously about having a child on my own. But in the end, watching those close to me in the act of parenting convinced me that I did not want to undertake that enormous and most important role without a partner.

I seem to have reached a tipping point somewhere in recent years; a moment when I moved from being too scared to have children on my own to being too selfish.

In my early 30s, I thought, I have plenty of time. Somewhere in my late 30s I thought, I better hurry, but I’m not quite ready yet. Suddenly I was 40 with a very comfortable life based entirely on my own individual preferences.

Did I really want to give up my disposable income and the free time so many people envied?

When would I do yoga?

When would I travel?

These may seem frivolous compared to the idea of creating and shaping a young life, but relinquishing these luxuries—daunting and not without some regret even with a partner in the picture—certainly add to the general anxiety and fear over single parenthood.

It’s funny the pressure women face; how they are so often defined by the role of a mother. My single friends and I talk about the frequent situations—getting our hair done, in a meeting, at a party—where inevitably someone asks the question, So, do you have kids? And it is almost sheepishly that we respond, No, not yet. The clock is ticking down to that time when the answer is simply No; the not yet turning into not possible.

People tell me that I will regret my situation one day. I envy those who know that they do not want to have children, who will not feel any sense of loss as they grow older without being a parent. But, yes, I will regret not having a child.

Unfortunately, I do not subscribe to the belief that life can be lived regret-free. Rather, I think regrets are unavoidable for anyone, even enormous, sometimes heartbreaking regrets.

Some days, I feel at peace with my decision. Some days—for instance, when I watch my oldest friend with her beautiful toddler daughter—I struggle with remorse. But I know, for me, I have made the right choice. Of course, each year on Mother’s Day I will likely always feel a sense of sadness; both for the mother I lost and for the mother I will never be.