A Retrospective of Dangerous Thoughts: Writing My Way Out of the Mental Hospital. ~ Regina Filomeno 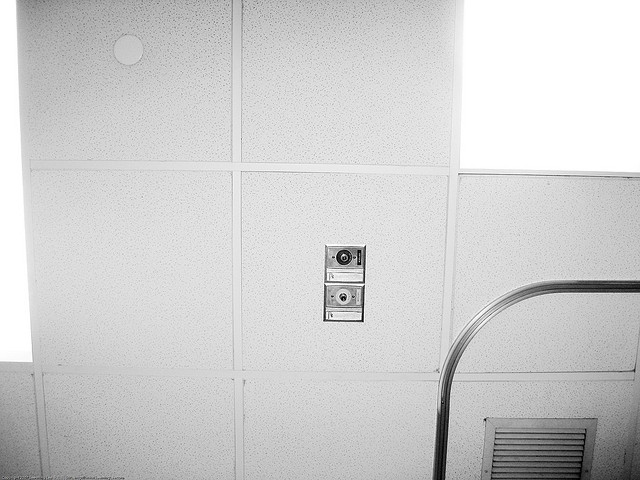 I sat shoeless staring at four white walls, industrialized to keep people safe from themselves. The corners of the walls were curved in veneer smiles.

The floors meshed with the ceiling, creating one sheet of heavy duty plastic, suffocating the room in its own durability.

Outlets and lights were covered, flat, fluorescent and reflective. My head throbbed. The whiteness seemed to be taunting me, as I tried to get comfortable on a chair built out of purpose, not for comfort. My heart began to race…how many minutes had passed? I just wanted to get out of that damned room.

The only space breaking up the monotony was the doorway. I saw a woman pacing back and forth; I was sure she was looking for someone that did not exist at all.

She screamed, “He’s supposed to meet me here! Where is he?” She jolted towards the exit doors, “He’s coming to get me soon!”

Two male nurses tackled her to the floor and restrained her in a straightjacket. I had never seen one before that night. I guess it was fitting, seeing where I was.

I closed my eyes to drown out the chaotic whiteness and the woman’s screams, tilting my head back against the wall. I thought to myself, “Do I really belong here?”

But what other options did I have? I was fed up with fighting these demons on my own. I was sick of the nightmares, my depression, the talk therapy, my hopelessness and my denial. I needed help.

Here I am, three years later, with a sense of clarity about why my journey had led me to the mental hospital that night.

I was in desperate need of a spiritual, mental and emotional overhaul—a holistic ass-whooping so to speak—that would give me the courage to begin to fight those demons and learn to love myself fully flawed.

During my four day stay in that controlled, structured, lock-down environment, I gained absolute freedom.

How did I gain so much freedom from a place that wouldn’t let me leave, even if I begged? It was so beautifully simple. I saw people just like me—struggling with depression, anxiety, self-inflicted violence and suicidal tendencies.

And for the first time, I didn’t feel alone.

I have three people to thank for that revelation: Peggy, Lucy and Tim.

Peggy was an elderly woman suffering from extreme anxiety and panic attacks. She couldn’t maintain her speech and she lost her ability to concentrate. I watched her sit up against the wall near the nurses’ station with a book. For over fifteen minutes she stared at the same page, body trembling, chin quivering with tears. I got up and sat next to her.

“Do you know what that word is?” I asked her pointing to the page (I had been pointing to the word, they.)  She became restless and kept saying, “I don’t remember! I can’t think! I’m so confused!” She cried and I patted her hand, got up and walked away to sit on the couch. I didn’t want to upset her even more.

As soon as I sat down, Lucy, a devout Christian woman with a wife at home sat next to me, her arms covered in scabbing wounds. She talked to me about the healing powers of Jesus Christ. She said to me, “Blessed are the poor in spirit.” I muttered the words back to her and began walking toward the other couch. I didn’t want to listen to her babble on anymore about being saved.

I wanted to be alone in my thoughts. I wanted to find peace, not God.

As I moved to the couch closest to the window, away from everyone else, I noticed a young man, Tim, seated on the floor. He looked so peaceful. Hands relaxed on his knees in a meditation pose. His chest gently moving up and down with each long breath he took.

I glanced around at all the activity in that room.

How the hell was this kid able to relax enough to meditate in a room full of people? How were any of these people able to find peace or relaxation in a place with so many restrictions? How did they not want to hang themselves with their bed sheets at night?

A bigger question for me was: How can these people still believe in God/Higher Power after the shit they’ve been through? I certainly had lost my faith—and a long time ago at that too.

To me, there was no God, no Divine Being and certainly no Divine Purpose for my life.

The only thing close to spirituality I had during my darkest times was writing, but something compelled me to pray that day. If it was working for these people, maybe it would work for me too. I hurried off to my room, eyes meeting with the nurses—they always kept watch.

I got down on my knees and opened myself to whatever my idea of God was at the time. I sat silent and I was able to hear my Higher Self…God…whoever it was… speak to me.

What I heard that day was, Write.

I had been writing since I was a young girl. Writing poetry in particular always had a cathartic effect on me. I felt closest to my true self when I was composing lines of poetry. Even though much of it was dark, it revealed valuable insights that I was overlooking. “Okay, I guess I’ll do things your way,” I thought, not really knowing who or what I was talking to at that moment.

I envisioned the idea for a poem that day—a poem that to this day, I’ve never revised, published, or technically even finished composing. Despite that though, I think it embodies perfectly what has happened to me since April 14th, 2011.

There’s a blaze in the forest

every creature runs for cover

I struggle to find my way out

the smoke chokes me, smolders catching my clothes

I want to escape.

I stumble upon a creek

I cry out to God.

A ring of water surrounds me

& I walk towards the blaze.

I extinguish it—with one touch.

Sitting atop the ashes of what used to be,

I see a single blade of grass.

the forest bursts to life again.

Sometimes, our best starting point is right where we are.

My road to spirituality was not a pretty one by any means.

It was filled with long dark stretches of madness mixed with mania. Depression, insomnia and chronic nightmares. Unexplainable fears and anxiety. Intense feelings of emptiness, loneliness and hopelessness. These things acted like vines, trapping me in a forest I sort of wandered into.

I was a victim of life, not an active participant in it. I had that victim mindset and so, the victim I repeatedly became.

For me, my spiritual awakening was similar to a newborn child opening her eyes for the first time. At first, all I saw were globs and blurred images. I heard sounds that scared me. I cried incessantly, hungry and tired. Suddenly, I learned that the tender touch can heal, protect and nurture. This touch could eliminate all of my fears. And this touch was unconditional love.

In retrospect, I see my journey for what it was—a time of impaired vision—a spiritual blindness, so to speak. I realized that in order to live a life that is full, all I needed to do was to open my eyes, ears and heart to the wonders of the Universe.

I am now free, finding peace by living in the now. Taking each moment of my life as breath for my lungs. I spread love to eventually receive love back…from others, from the Universe and from myself. 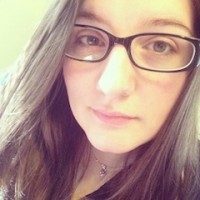