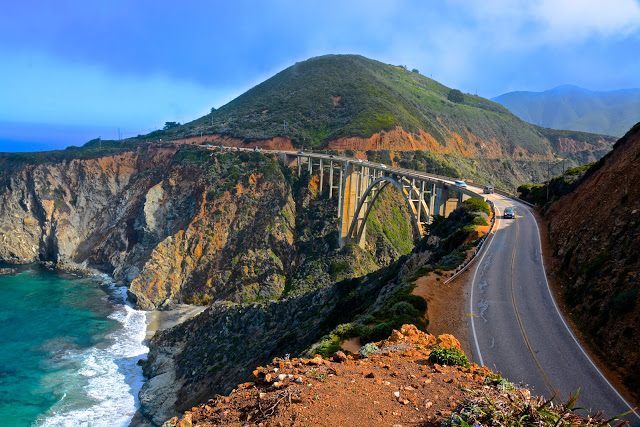 Some things you revisit only to find that the grandiosity of your youth has come back to slap you with a disappointment that you somehow remembered wrong.

It’s like the white wash of mind itself has taken over to spite your perception of what’s really going on here. That old gerbil wheel between your ears remembers things in the unreality of comparison and what we’ve seen and heard—not in what’s happening now.

The mind spits, moans, worries, perceives and bewilders only based on what it’s captured before or is uncertain of. It’s like a camera spitting out only what it’s seen or heard over and over again. Whether it’s that piece of ass you had or a glorious drunken night under the stars, it mostly vomits back our experience more impeccably than it actually was.

It’s incapable, unless trained like a show dog, of just shutting up long enough to contemplate the miracle that lies before us. The miracle is too terrifying. It’s written as our own book of the dead. The mind has to actually die in order to see that it’s the miracle itself.

So in order to feel it we have to read and retain our own demise. We have to know it…realize it … love it. And that’s a hard thing to do. The denial of it is way easier. That Grateful Dead skull comes to mind. The day of the dead grins ear-to-ear in the lighthouse of itself. No, they weren’t kidding.

But then there are those times when the head shuts up long enough for us to experience the living and the dead all at once. Sometimes in a moment of God given clarity, the head, along with the heart, is able to recount the glorious cellular work of past experience in relation to what’s happening in front of your very eyes. It connects the present and past to the cellular chain link within and you are reminded in a phantasmagoric moment of explosiveness who you are, why you are here, and what you are supposed to do and be.

You experience how you have become in relation to all your delusion, dreams, fear and psychosis. You come to see the path of mistake, truth and longing, as a cosmic weave of grace and beauty, ugliness and pain, and in those fleeting enlightened moments it all somehow makes sense.

This all happened to me on a drive today up Highway 1 in California, into the wild and beautiful redwood spiked Big Sur, where we had the pleasure of visiting The Henry Miller Memorial Library. The tears and times and heavens rolled like rain into my heart and mind amidst a beauty so big and bold that it made me aware that I was not separate from the river of universe that lay exploding within and out.

I had been here before… but it was even bigger than I remembered. It was the personification of, “remember to remember,” as Miller so eloquently put it. I was somehow magically transported and connected to the first time; the original time of being. I was magically transported to the time I first experienced myself as a writer and human cell exploding into the many.

It was the future, past and present all rolled into one.

The experience was not unlike what Miller himself did for me. Picking up my first Henry Miller book was like seeing my reflection in the mirror for the first time. It was like experiencing what I had always imagined a human being was supposed to be. It was a revolution. There in the pages was someone speaking what I had been thinking and feeling all along but too ashamed to say.

There in the pages was a common sense chaos that the entire world seemed to be afraid of. It rung of truth, beauty, ugliness, shame and wisdom. It was a walking contradiction of art, poetry, honesty, lies, foolishness, happiness and pain. It was glorious.

Having grown up in the puritanical, money grubbing, fear based tyranny of an American Psychosis that was mistakenly labeled as freedom, reading Miller was like experiencing a true human being for the first time.

The only other time I experienced it was when I experienced an enlightened being once. He opened his mouth and it was like you heard something so unexplainable and yet familiar, something you have been waiting and wanting to hear your whole life. There it was right there in front of you and someone finally said it. It was beyond even words. The words came out of a place of being—Human being.

It’s moments like that, made of pure grace experienced, that tells you who you are beyond memory or mind. When it happens it connects you with the cellular of lives past, present, and future and you are forever changed—at least until now anyway.

Standing under the giant California redwoods amidst Miller’s writings and the magnificence of nature plunging into the sea, things somehow seemed as one. The cat lay in the corner. Henry’s books were on the shelf. His typewriter was on the desk. The nature of it pulled you into a sense of oneself that was beyond separation where there is joy, heart and humility.

I hung there quietly with my wife. I could do nothing but just walk around in awe, welling up inside. It’s as if I was remembering who I was all over again. The silence rained like jello shots on a nasty clown parade. The trees spoke, the air had life and the grass quietly whispered the laughter of the doomed and resurrected.

As an artist you somehow have a tendency to become the world you see and then spit it back out onto the page at the expense of your own sanity and better judgment. The world can pull you in until before you know it you have come to believe in the insanity of another’s delusion instead of the sanity of your own truth.

We’ve all been there. We’ve all caught ourselves buying into some flag waving, market driven separatist bullshit only to be awakened in the terror of our mistake. But if we get quiet enough; if we take the time to listen; we can hear the answer written within—always.

“Every day we slaughter our finest impulses. That is why we get a heartache when we read those lines written by the hand of a master and recognize them as our own, as the tender shoots which we stifled because we lacked the faith to believe in our own powers, our own criterion of truth and beauty. Every man, when he gets quiet, when he becomes desperately honest with himself, is capable of uttering profound truths. We all derive from the same source. There is no mystery about the origin of things. We are all part of creation, all kings, all poets, all musicians; we have only to open up, only to discover what is already there.”

So there…I said it.

“To be joyous is to be a madman in a world of sad ghosts,” Mr. Miller said.

And as I stood there today in the shadow of words and giant redwoods falling into the sea, I was reminded of who I was. I was reminded of joy and nature, creation, silence and our constant and impending insignificance and demise. I was reminded of my beautiful mistake and grace, my drunkenness and lust, my desire to steal the thunder of the cosmos and quietly claim it as my own. I was reminded of my fear and the uselessness of all my longing, the futility of struggle and petty validation. I was reminded again that I am just a tiny grain of sand being washed back and forth on the beaches of a big big Mind. And in that realization I was reminded that the only possible thing left to do is smile. 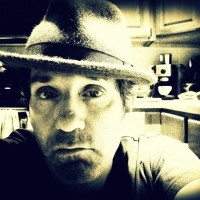