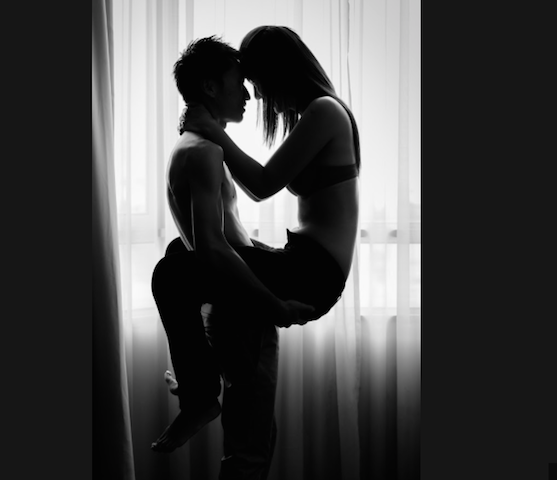 In a culture where disinterest is often interpreted as shyness or “playing hard to get,” men are encouraged to think women need to be skillfully interpreted and convinced, instead of taken at their word. Even the clearest “no” is still up for debate.

I’ve had men tell me I was “asking for it” by making eye contact with them on the street instead of averting my gaze. And when they discovered that my polite smile was not a request for sex, they reacted in outrage as if I was purposefully leading them on.

A stranger misinterpreting our smile as an open invitation to our body sounds ludicrous, but watching any romantic comedy will show us how our culture views consent.

How many times does the woman turn the main character down before he grabs and kisses her—and doesn’t she secretly want it all along, perhaps without even knowing it herself, until he figures out how to prove that they are meant to be?

It may be entertaining to watch awkward fumbling and forceful passion on the screen, but this kind of indirect communication seeps out into our actual romantic encounters far too often and can be very dangerous.

When men identify with that main character who wins the girl in the end, they feel cheated when their own efforts aren’t achieving the same results. They can sometimes decide to take it forcefully if the woman isn’t catching on quick enough, because “no” just means she hasn’t been convinced yet that this is what she really wants.

Most women have encountered men who feel entitled to have access to their bodies. Just look at the recent gruesome events involving Elliot Rodger and the resulting stories on Twitter with the hashtag “#YesAllWomen.”

Clearly there are a lot of men out there who think they deserve the girl, regardless of what she has to say about it.

In polyamorous relationships, unclear communication will have us drowning in a sea of interpersonal drama much more quickly than it would in a conventional, monogamous relationship.

One reason for this is that monogamy is the expected norm, so if we’re monogamous, it’s pretty easy to coast through the beginning of our relationship without putting any effort into communicating our intentions or expectations.

If we say nothing at all about what we want, it is assumed that our eventual goal is a monogamous until-death-do-us-part with someone. Polyamorous relationships are more complex and less understood, so therefore require explanation right from the beginning and skillful communication throughout.

Poly folks will often discuss their specific intentions with people they are attracted to and even sit down with everyone’s other partners and discuss it with them as well, way before the first date is even considered. It is very likely that a first kiss won’t come with a silent assumption of consent, but after it has been discussed with everyone involved instead.

Clear communication is a must for long-term poly relationships, so this is a skill that gets exercised often.

But what does this have to do with rape culture? Rape culture is fed on silence and assumptions. By insisting on communicating clearly every step of the way about any intention of sex or romance, we kill those old ideas of romance being about silent flirtation and stolen kisses.

We might think that clear communication is overkill, boring and that it will stifle the romance—but the opposite is true. When people are open and vulnerable in relationship to each other, expressing the full extent of their desires and (most importantly) wanting to hear and understand the desires of their partners, there is absolutely nothing sexier than that.

I used to think that stolen kisses were sexy, but now I see them as a sign of emotional immaturity and dissociation. I would much rather my partners be obviously interested in what I want than trying to see what they can get out of me.

I would much rather be telling them what I want than waiting for them to guess.

Making clear communication and consent sexy is a huge part of what’s needed to feed the revolution of consent culture. So whether we are monogamous, polyamorous, monogam-ish, or poly-curious, we need to push ourselves to communicate more openly with everyone and see how it affects our romantic life. 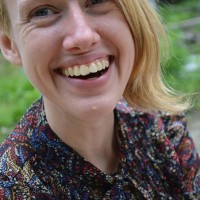