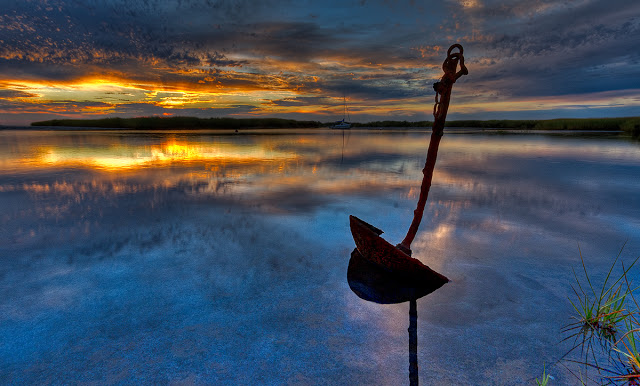 Yesterday, I made my poor son get a haircut.

On the way back from Zoots, the place my husband and I have taken all six of our kids since the oldest was old enough to have hair, I made a concession to my boy’s soul pain, pulled into Dunkin’ Donuts and ordered him his favorite donut: a chocolate Long John.

Danny sat there trying to maintain his miserable countenance, but I could tell the donut was working its magic. I couldn’t resist.

“Dan, may I have a tiny tiny bite of that there pastry?” I asked.

“I guess,” he mumbled, reluctantly proffering the most microscopic portion of his treat.

I popped it in my mouth and was surprised to find myself transported.

There I was, physically stuck in traffic on an ordinary Wednesday in Illinois when my tastebuds decided to whip me back in time, plunk me on a wharf in Boston right outside Quincy Market (Quinzey Mah-ket to all you east coast locals) and put a big steaming hunk of fried dough with powdered sugar in my grubby eight year old hand.

But I could already see his eyes glazing over, and I get it.

I do tend to subject him to endless detailed memories of my childhood. So I sat at the red light quietly and let the child sulk about his hair, while I took a little trip to summers past.

Aside from Quincey Market, Cape Cod was the destination of the day for my family back in the 70’s, when we lived in the Boston suburbs. We didn’t go to Sandwich—no, that wasn’t far enough out on the peninsula. We wanted to be where the water was wild and cold and the dunes were like soft mountain ranges, so we went to Welfleet.

Each summer, we rented a house named “The Tern”, as in the shore bird, not an actual turn one might make while driving, though the name lived up to it’s double meaning, being both as small and light and perched contentedly on the highest peak of beach as a real tern might be, and also marking a change in my whole families dynamic—where ordinarily, we were not the most, let’s say, functional group of people, for these magical weeks, we were.

From the living room window of our little house, more of a hut, really, we could see the bay stretch out grandly below us.

A long flight of crooked, unfinished, wind worn stairs ran down the side of the dune, and were the only way to access the beach. Inside, the three room house was paneled with pine, the knots of which came to life at night after a full day in the searing sun, turning into grotesque faces that stared down at us kids in our sandy beds as we flipped from side to side trying to find the least burned length of our own hides on which to rest.

There was no TV, no radio, certainly no video games. Instead, we gobbled up ripe peaches and buried the pits in the sand, hoping to grow a peach tree we could sit under next year.

We scooped up horseshoe crabs the size of our heads and turned them over to see their legs undulating like the fingers of Indian dancers honoring their Gods. We ran after fiddler crabs and held them by their shells, watching as they slashed their air furiously with one outsized claw, and then set them back on the ground because we didn’t mean them any harm.

My dad was in charge of taking us to see the boat wreck. It was quite a ways down the beach, just a modest wooden boat that seemed to our eyes as mighty as the Titanic, capsized and slowly rotting with time and weather.

We circled it in awe; how did it get there? Did someone die? Why was it allowed to remain year after year on the otherwise pristine beach?

Our dog, Chum, an elegant if overweight black and white English Pointer, dashed around the vessel madly, no doubt smelling the carcasses of a decade of trapped fish under the hull. He dug and huffed, bounding about joyfully as dogs do, splashing water on us accidentally when he made his sharp turns on a lingering wave.

Some days we went digging for oysters. This was a great point of pride for me…I was the youngest of all the three kids to try, and love raw oysters.

We’d scrounge around at low tide with a big bucket, filling it to the top with enormous Blue Points and haul them all the way back up the stairs to the house. We ate them immediately, my father prying them open, putting a dash of ketchup on each one, and then showing us the proper technique of tipping the shell onto the tongue so the plump creature slipped out and could be inhaled with one decadent slurp.

My mom cooked all kinds of special things for us at the beach, the most anticipated being live lobster. My brother and I waited impatiently for lobster night, when my mother would set out the poor ill fated beasts on sheaves of newspaper so we could race them before she put them in the pot to boil. Afterward, we sat on the back stoop shucking corn, arguing about whose lobster actually won, which was silly, because they never walked in a parallel line and it was impossible to tell.

Other times, we were so (literally) toasted from eight full hours at Cahoon Hollow, the bigger, nicer beach we drove to most days, and the post ocean dip in Great Pond, a lovely, still lake which was perfect for washing the salt out of our suits and hair, we just stopped by the clam shack on the way home.

Legs draped over sticky benches, we ate fried clams complete with their hot black bellies and onion rings like our lives depended on it.

Afterwards, we always begged to go to the pier to get soft serve cones, and then wandered the dock licking ice cream in the early dusk, reading out the names of boats we knew, my brother occasionally pretending to grab me and toss me in the bay, passersby oblivious to my frantic protests.

In later years the Tern became unavailable for rent, I don’t remember why. We switched to a larger house called Wide Horizons which had the unheard luxury in those regions of a TV. My sister, away in Germany, couldn’t join us anymore and it seemed like every time we went to Great Pond, the water got dirtier and the shore more crowded. My brother, then a teen, wasn’t interested in racing lobsters or going to the penny candy store anymore, and the oysters were not as easy to harvest, because Red Tide had been introduced, which were times the beach patrol deemed the water too polluted to fish.

As sad as that is, in a shiny corner of my heart I have these images, these sacred images of my youth.

My childhood was often lonely and frightening, but these early days, as if made of sun warmed honey, keep the fragments stuck together. They keep them almost laminated in amber sweetness, so that they may re-emerge in their totality anytime I conjure them, or come to me unbidden at the strangest moments, like sitting at a stoplight with a tiny iny bite of donut dissolving on my tongue and my newly shorn son by my side.