Healing & Releasing the Past. ~ Lockey Maisonneuve 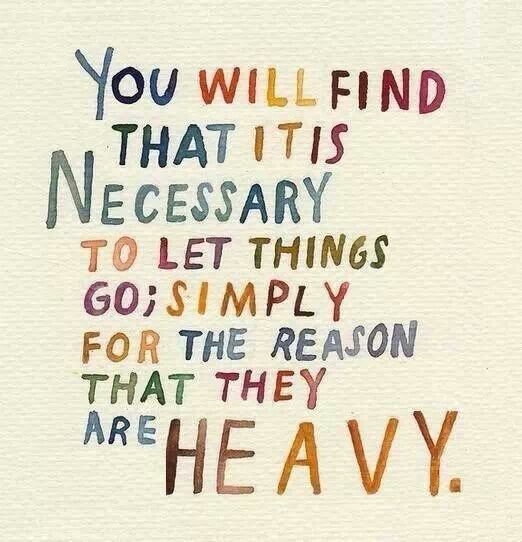 “Resentment is like drinking poison and then hoping it will kill your enemies.

Stop looking at the past for answers.

Like many, I compare my parenting to how my parents raised me. I ask myself, do I keep my children safe? Do they feel loved? Can I protect them?

Am I doing the opposite of what my parents would have done?

Most of my questions go unanswered, as I’ve blocked out much of my childhood. I have uncovered bits and pieces as an adult in therapy sessions: flashbacks of abuse, memories of helping my mother out of bed after another drunken car crash, my father falling down drunk, men paying my father to rape me when I was twelve, my father counting the money.

I do remember from an early age thinking, “This is not how it’s supposed to be.” I wasn’t exactly sure how it was supposed to be; I just knew this wasn’t it.

Even now, I think about how it is supposed to be—for myself, for my kids, for our family.

When I was young, I knew a better life existed, but I have found those answers in my present, where I search for that better life in every day I try to live.

Find the strength in painful memories.

My father left when I was five. Occasionally, he would call drunk and my mother would get on the phone. They would argue.

At 10 years of age, I learned that I would be spending the summer with my father in Florida. Once we were on the plane, my sister explained to me that we were given one-way tickets; we weren’t going back.

Our mother had given us away to a stranger I knew she hated. I didn’t speak to my mother for the next 24 years.

Things went from bad to worse living with him. The abuse started around the time I turned eleven. It was just him at first; then men started coming to the house, waking me up at night.

Yet, somehow, through it all, I believed good things were in store for me. I would not be my parents. I would not end up like them.

I still look for that strength of hope in my present struggles.

I found strength in my childhood, and that is the memory and the quality I try to take away for myself. Not the fear or the abuse, but the strength of laughter I found within myself in the darkest times.

Free yourself from your own internal judgments.

My father eventually quit drinking. We moved back to New Jersey where I lived with my grandparents throughout high school. After my father stopped drinking, he abused me two more times. Somehow, these pissed me off more than anything else. I couldn’t justify that he only did it because he was drunk. He wasn’t drunk; he was sober, and he knew exactly what he was doing.

That was when the anger and resentment were planted in my soul. That was when I crafted my story about not being lovable and being dirty.

On the outside, all was well.

On the outside, my adult life became everything I’d dreamed it would be. I married a wonderful, gentle man. We have two amazing children. Together, we built a safe, loving family.

But I held onto my resentment and anger.

Despite our loving family, I still believed I was unlovable.

The feelings of inadequacy would come out at the most unlikely times. When I felt threatened, I would believe I deserved it; when good things were about to happen to me, I believed I was unworthy.

The abuse of my past became the abuse of my present—by listening to the thoughts the abuse had planted inside me, they followed me into the life I had built for myself. This step was one of the hardest for me to overcome, because those thoughts had become so engrained in my own feelings of self-worth.

To banish my own internal judgments, I had to first acknowledge them for the lies they are. The anger and resentment were born of the abuse I suffered, and acknowledging their origins has been the first step to moving away from those memories.

Find purpose in the present.

Five years ago, I was diagnosed with stage-three breast cancer. I went through chemo, radiation, mastectomies and reconstructive surgery. While going through treatment, I remember saying to my husband, “This can’t be for nothing; there has to be a reason for this.”

As I went through the cancer treatment, I learned how my childhood has affected my adult view of the world. All through my treatments and procedures, I kept finding myself alone. I wasn’t alone because I didn’t have loving caregivers. I did, and they were wonderful.

Every time I had to go to the hospital, I would refuse offers from friends and family to come along with me—I would go alone.

Then, I would sit in the parking lot and cry because I was alone. Eight chemotherapy treatments, 28 radiation treatments and multiple visits over three months to the plastic surgeon to expand my skin to reconstruct new breasts.

When I was done with treatment, I was happy to have survived, but I could no longer hold in the anger and resentment. I was angry because I had another thing to survive.

My past abuse had been private, but the cancer was public. Having newly reconstructed breasts felt like I was exposed both inside and out. I had nowhere to hide. It was this feeling of raw vulnerability that was the catalyst for me to change. I was no longer willing to be a victim of my past or my present. I wanted to find out who I am beneath the walls.

I knew I wouldn’t do this on my own—I needed support.

I had to put myself out there so I couldn’t hide. So, I expanded my personal training practice to include rehabilitative exercise for breast cancer survivors.

As it has for many others, I found that being of service to others was my way of breaking down the walls I had built to isolate me from the world emotionally.

I surrounded myself with women who loved me and were grateful for what I provided for them. Their voices began to drown out the anger and resentment through which I had judged myself for so long. Those women made sure I was not alone—we were there for each other.

Because of my dedication to finding new ways of supporting my clients, I found yoga, reiki, meditation, and journaling. Through learning about each of these practices, I found myself.

I found I have a contribution to make, a purpose to be on this earth—and I am lovable.

After my treatment, I had stopped looking to my past for answers; I had rediscovered the strength of my childhood, built on my own self-worth—not simply survival. I knew I was lovable. I had a purpose.

Yet I had one thing left to handle: my secret. What do I do with it? How could I truly release the resentment and the anger if I didn’t release the origin?

I decided it was time to expose this secret. So I started telling a few people, just to try it out.

It quickly became apparent that the more I shared, the more I released the shame, which has allowed the anger and resentment to fall away.

I actually felt lighter, less encumbered by the weight of my secret. As I continue to let it go and share, I find that I’m living more in the moment with people. I am present to the love that is available to me. I am grateful for the love in my life, and it’s easier for me to let go of those that don’t love me rather than try to convince them to love me.

A couple of months ago, I was meditating, and I asked the question, “Can I release my father?” I answered my own question with a “yes.” I spoke to my father; I said, “I release you; you are free.”

And I became free. 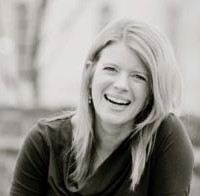