Mercury Retrograde Ends on July 1st—5 Ways to Re-Take Control of Your Life! 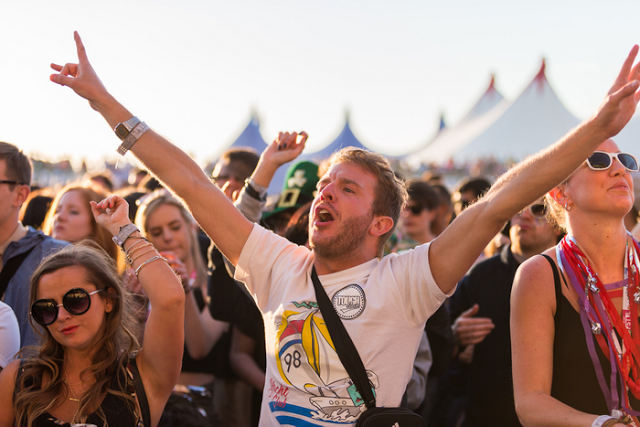 Strike up the band and break out the champagne because on July 1st Mercury retrograde is officially over. The planet Mercury goes “direct.” Say hallelujah!

You were officially warned in my recent Mercury retrograde article that this cosmic event was taking place over the past three weeks. During the retrograde period, the world went haywire, weird things happened, and your life was probably filled with communication problems you don’t usually encounter.

Now that it’s over, how well you fared during this retrograde, may have depended on your attitude toward Mercury retrograde. As an astrologer, I’ve discovered that people react in different ways when they hear my announcement that Mercury retrograde is occurring. Here are the three most frequent:

The Skeptic: “Are you people crazy? You actually believe this bull_ _ _ _ about Mercury retrograde! How can you take this kind of stuff seriously?”

The Convert: “When I first heard about Mercury retrograde, I couldn’t believe people took this kind of stuff seriously. In fact, I thought it was actually, bull_ _ _ _! So, I totally disregarded what this Schwimmer dude said.

Unfortunately, it was my bad, because during the last Mercury retrograde, my life turned into a horror story. The new position I accepted turned out to be the job from hell! (No one told me that the two previous jobholders quit because the boss was a witch. I think I missed seeing the broom in the corner of her office.)

The roommate I moved in with went from being a mellow Dr. Jekyll, to a moody, angry Mr. Hyde. (How was I to know that he didn’t always take his meds?) And, the sexy sports car I bought turned out to be the most beautiful car on the side of the road. (It’s been in the repair shop longer than the time I’ve owned it.) Put me down as ‘officially’ being a believer!”

The Believer:  “I look forward to Schwimmer’s Mercury retrograde announcements. (The dude abides.) When Mercury retrograde begins, I’m totally ready. I’ve been through them before and know the kind of miscommunication problems that occur where people act the fool.

I prepare for mechanical failures and avoid buying electronic equipment. (I don’t even walk near the AppleStore for fear of breaking out into a sweat; and I’ve got Comcast on speed-dial.) I’m aware of the dos and don’ts of Mercury retrograde to minimize the negative and make sure it’s mostly a positive experience. In fact, something great happened during the last retrograde. While detailing my car, I found my girlfriend’s diamond earring under the seat cushion. Right on Mercury retrograde!”

Five Ways to Re-Take Control of Your Life

Regardless of the problems you encountered during this retrograde, here are some positive actions you can take to benefit your life and get it back on track.

1. What have you learned?

Mercury retrograde is a time to slow down, reflect and re-evaluate all that’s going on in your life. If you’ve consciously done this—you’re now more conscious of changes you can make to improve it. To help you with this task, make a list of people you’ve had questions about, projects you considered undertaking, and activities you were contemplating. Ask yourself: what have you learned about them that you didn’t know three weeks ago? This new knowledge will help you make needed changes and more successful decisions.

2. Resolve misunderstandings that have occurred.

We all make mistakes in the way we communicate with others. Unfortunately, we tend to make a lot of them during the retrograde period. But what separates the men from the boys and the girls from the women are the way we clean them up, when we make them.

If you’ve had an argument at work with a colleague or boss, or had a big fight with a loved one, or yelled at your children in a harsh way, Mercury direct is the ideal time to discuss what’s upset you, apologize or forgive someone. You’ll have the mental clarity to express yourself appropriately and reach a new understanding that will resolve your upset and create a more harmonious relationship.

During the retrograde, you may have had some confusion about whether to accept a promotional opportunity or a new job offer. However, when Mercury goes direct those doubts will be gone. The fog lifts and your vision is 20/20. You’re now able to evaluate the good, bad and the ugly of any employment opportunity and choose the one that’s right for you. It’s also a positive time to begin a new position because you’ll be communicating clearly without the confusion that causes misunderstandings or bad first impressions.

4. Now is when to make important decisions.

Before the retrograde began, you may have been evaluating areas of your life where you needed to make decisions. So, perhaps, it was inconvenient to delay making those decisions, waiting for the three weeks of the retrograde to pass. But you’ll be glad you did, because as the direct period begins, you’ll discover mistakes you might have made and learn some useful information you didn’t know. With these facts in hand, you’ll be ready to make the right buying decision to purchase that expensive car or home, begin a new project with greater confidence of success, more competently select a new attorney for estate planning or a plastic surgeon for your cosmetic surgery.

Over the years, we all lose things of value, even when Mercury is not retrograde. However, during the retrograde, when people are especially careless and mistake-prone, there is a higher propensity to lose important items such as money, clothes, rings or other valuables. The direct period is a very fortunate time to find, not only items that you’ve lost during the retrograde, but valuables you’ve lost over the years.

Make a list of any items you’ve lost recently, or even months, or years ago. Think back to when and where you lost them. Mentally, your mind is especially sharp now, allowing you to recall details you had long forgotten. You’ll think of a new place you’ve never looked before and magically, your lost item will be there. Or, you may suddenly remember someone you should contact who could help you recover what you’ve lost.

Take advantage of this period of sanity when the world is no longer quite as crazy, that is, until October 4, 2014 when the next Mercury retrograde begins. Until then, get busy; you have some things to do to re-take control of your life.

If you want to know if you were born with Mercury Retrograde; and, where your personal transits are—to see if they are affecting you, go to the Free Transit Calculator and enter your birth date. Then, read about how each transit affects your life in other elephant journal articles by Larry Schwimmer.