I broke it off for a reason.

It’s night. And it’s not as quiet as I’m used to. The city lights drown most of the stars out, but I’m okay with that. I’m adaptable, and besides I’ll be home tomorrow. I’m sitting on the stoop in sweats, no socks or shoes (my toes are cold) smoking a cigarette (don’t judge me, I feel you judging me) and I feel more peace than I’ve felt in weeks. Although there’s still an underlying sadness when I remember his face, or the silly things he used to do.

Could it be that he was completely wrong for me? I mean who else is going to understand my need for macaroni and cheese (comfort food), and an episode of South Park (brainless comedy) at midnight to wind down from a stressful day? I haven’t met a man yet that hasn’t scoffed at this. Much less participated with delight.

Afterwards nudging my head towards his scrotum for some nooky.

No. See that’s it right there. That boy needs too much training. More than I have time to for. Maybe now that he has space he’ll find a girl who he thinks can get “in the mood” just by trying to thrust her mouth towards his crotch to give him some head. Not that I mind giving head. Sometimes I enjoy it. Ahhh… I digress.

That’s not the point here. I broke it off for a reason. I can’t go back. I need more. And I always need more. I’m neurotic. How can I be adaptable and absolutely disagreeable at the same time? Riddle me that. I positively disagree with almost everything, and I self-sabotage.

According to John Tesh, people like me don’t change much over a lifetime.

I feel like my life has come down to that scene in the movie Beaches, when Bette Midler breaks it off with John (her husband), and she leaves New York to go see her mother in Florida. At first her mother is sympathetic and concerned and she asks what happened. Bette doesn’t miss a beat, she knows exactly what happened: “Something inside just died between us. He used to care what happened to me. He stopped paying attention to me.”

Her mother stops leaning in and sits back, she gets this all-knowing smirk on her face, she even laughs a little and then reluctantly says: “Why do you think I’m living down here in Florida? I’m here because it’s peaceful. You’ve always wanted too much attention. You wanted so much attention from everybody all the time that you wore people out. You wore me out, you wore your father out—may he rest in peace—by the time you were 15 years old. I just can’t pay any more attention to you, I want to, but I just can’t, and if I were you I wouldn’t leave anybody for not paying attention to me because sooner or later your going to have to leave everybody.”

Bette has an epiphany, and she realizes that it wasn’t John after all, and it was she. So she runs back home to John. They’re sitting on the stairs outside of the theater they both worked at and she’s crying; she pleads with him to take her back. John—in a very kind and loving way—says: “No.” He will not take her back.

It’s me. I, too, am having a pivotal moment where I can see that he never really stopped paying attention to me, or showing that he cared.

That infamous saying we all love to hear so much comes to my mind. The first time I heard it, I was sitting in a Culvers feeling lonely and out of place, wondering; “What in the hell am I doing here with these people, that I have nothing in common with?”

As I was thinking just that and half listening to the conversation taking place among the group out came one of the most profound one-liners that pops up each time my life becomes too hard to deal with and I want bail:

“Wherever you go, there you are.”

I’ll take me into my next relationship. Yep. I’ll be there. He will too. Whoever “he” is. I wonder if I’ll wear him out as well…?

“Will I be alone forever?”

An answer comes from the part of my brain that makes its most abusive attacks on me when I’m already so beaten down I have no will to fight back, and it says: “Yes. You’ll spend your life RSVPing for one to weddings.”

Consequently, I feel sad and bruised and lonely.

This constant ache of my broken heart will not dull. It’s bleeding and spilling over into my gut, and serves as a constant reminder of his absence. The role he played in my life, although not cherished at the time is most certainly missed.

My life isn’t always pretty. And he understood that. Not only did he understand that, he accepted it.

I think part of what went wrong was I began to romanticize relationships around me, and think we should be like something we weren’t. In other words: what I was once happy and content with, no longer met my needs by comparison based off what I perceived others to be experiencing. The doubt of his affection would come mostly after witnessing acts of love by others. I stopped appreciating all the ways in which he did show love and support.

I remember thinking that by now he should be deeply, and madly in love with me. Showering me with flowers, and taking me on fancy dates every time he saw me. “Where’s the ring, yo?” says the girl (me) who has questioned and scrutinized the sanctities of marriage for most of her life.

How did the undeniable spark and chemistry that was so prevalent become so meaningless and trivial to me? I blame society; magazines, love songs, and romantic comedies—which I gave up long ago—but somehow still leave lasting impressions, and captivate me with their impractical and idealistic approaches to human reality.

Most of all though, I blame myself, for letting outside influences dictate how I will feel, and respond, and think, and be.

“It’s not the spoon that gets you fat.”

There’s a lesson here that I just haven’t learned yet. And although intellectually I know what the lesson is, school is evidently still in session, as I haven’t quite grasped how to apply its teachings. 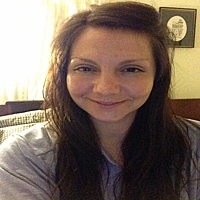