The Joys of Pregnancy Sex: Tips & Hints on Getting it on While Expecting. {Adult} 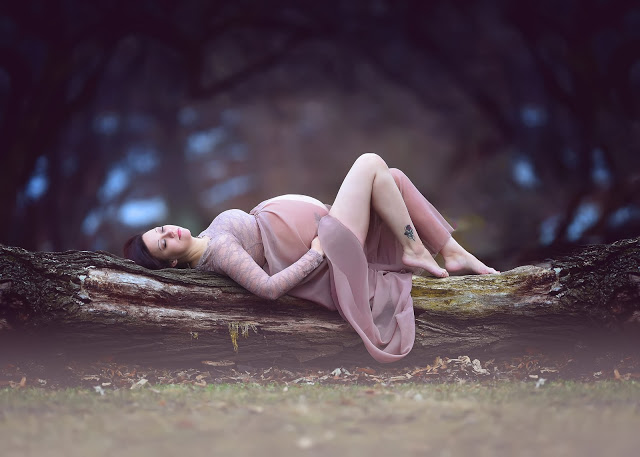 Everyone knows that sex leads to babies.

However, for years the mere mention of pregnancy sex was taboo even for those who liked both. For example, I once read a biography of Britain’s notorious King Henry VIII who was well-known for his lusty appetites along with his obsession with making (male) babies.

Yet like most men of that era, as soon as Henry knew one of his wives or mistresses was expecting he immediately stopped all forms of physical intimacy and usually took up with a new mistress.

Luckily, a lot has happened since the 16th century but it’s really only within the past 20 years or so that the idea of pregnant woman as objects of desire has become mainstream. (Some credit this with Demi Moore’s infamous Vanity Fair cover in August of 1991. Others point out that we’ve just gotten more comfortable talking about all kinds of sex-period.)

While that is well in good-and I am personally in favor of people having good sex regardless of whether they are pregnant or not, pregnancy sex often provides some unique challenges that go way beyond having a bigger belly.

For one thing, the role that hormones play can have a tremendous effect on a one’s enjoyment of sex. When I was first pregnant back in 2008-2009, I have severe morning sickness that lasted almost four months. During that time, the mere idea of any sort of sex was an automatic turn-off to me.

Even those lucky souls who don’t experience morning sickness may find themselves with bodies that no longer recognize and encounter challenges they never thought of in their pre-pregnant lives. Also, because every pregnancy is different, even women who have previously been pregnant may be confronting some of these things mentioned below for the first time.

Therefore, without further ado, here are some tips and things to keep in mind for getting it on when there’s a bun in the oven:

Many women find that their sensitivity to smell increases dramatically during pregnant.  During both my pregnancies, I had stop wearing my favorite perfume and even became nauseous from the smell of some people’s breath.

It’s also possible to suddenly find the smell of your partner off-putting.

While there is no polite way to tell someone you find their scent nauseating, it is possible to suggest a quick shower or bath before sex. Indeed, bathing together may even make for some fun foreplay.

In any case, don’t be afraid to make the request. It’s far better than saying nothing and spending the entire time miserable. (Unfortunately, there’s nothing sexy about that.)

After the belly, the breasts are usually the part of body that go through the most physical changes during pregnancy. For those of us who tend to be on the small side, the idea of bigger boobs may automatically make us feel sexier. However, pregnancy boobs are not the same as pin-up boobs for a number of reasons.

For one, they tend to be very sensitive. While some may enjoy the increased sensations that comes with that, some women’s breasts may become so painfully sore and tender that even brushing up against them may be agony.

Also, the nipples and areolas may darken and once small, invisible veins may grow causing the breasts to have a blue-cheese like appearance. Again, while some women don’t mind this as all, some do and may feel self-conscious showing their breasts off to their partner.

Thumb through most pregnancy manuals and the majority make no mention of the first one. However, the increased hormones can lead to a puffier or more pronounced labia as well as increase in vaginal wetness.

While pregnancy is not the time to fuss over a “designer vulva” and indeed, there is no such thing as a “perfect” one to begin with, the sensation of feeling different “down there” can be unexpected. While some women I know said it lead to better sexual pleasure, it is possible to feel more sensitive down there than usual and thus, much like in the case of those with very sensitive breasts, it’s a good idea to tell your partner before you have sex to lessen the chance of discomfort.

Everyone masturbates and pregnancy does not change that. However, some of us may do it more often than we did pre-pregnancy especially if we find ourselves with the sort of “unstoppable” sex drive that Jessica Simpson was quoted about in the opening of this piece.

However, I do know some women who say they masturbated using various vegetables like cucumbers, summer squashes, etc. This is one case where organic/natural is not necessary better. For one thing, there is the risk of leaving small pieces of vegetable matter in the vagina.

Thanks once again to various hormonal changes, pregnant women are more likely to get yeast infections, and yeasts love to feed on these things. Also, there is the risk of infection.Anyone who uses sex toys-whether pregnant or not-should clean them before and after every use. Frankly, it just isn’t possible to do this most things that were not made specifically for that purpose. Therefore, it’s best on the safe side.

In closing, while it’s no longer taboo to discuss sex and pregnancy, there is still a lot about the topic shrouded in mystery. For many women (and their partners), pregnancy can result in the most fulfilling sex of their lives. For others, it may not be the case and vary greatly from individual to individual.Still, chances are good that we’ll either have sex while pregnant or have it with someone who is, so it’s best to be prepared. With a little knowledge, it’s possible to have a healthy, fulfilling sex life while expecting.