The Upside of Being Down. ~ Sara Jean Deegan 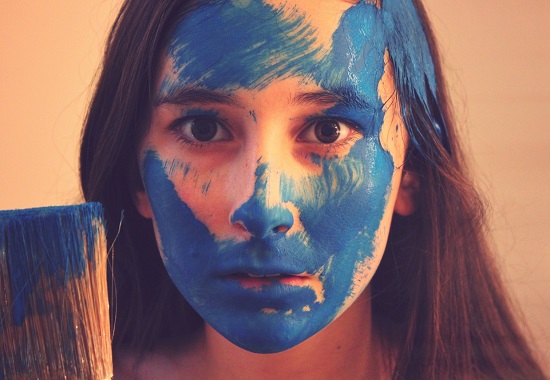 I have treated bipolar depression with mantra, yoga, an organic plant-based diet, meditation, jogging my dog, writing songs on the guitar, talk therapy and psychiatry.

Recently, I listened to an NPR All Things Considered podcast with Eric G. Wilson, who vowed to give up all these things, arguing the upside of being down in his book Against Happiness.

Without romanticizing clinical depression, Wilson wondered whether, if melancholy is treated merely as a sickness to be cured, will our culture become less creative? He defines melancholy as vital information from the soul in order to relate to the world in a richer way.

We experience the dichotomy of beauty with fragility, sorrow, death and worlds passing. “We cry when we are happy and laugh when we are sad.” An overused cliche, perhaps, but we cannot experience the light without the dark, and need darkness in order to appreciate the light.

Researchers have confirmed the correlation between highly creative individuals and psychopathology. Psychiatrists strongly suggest that there is sufficient evidence to indicate that psychopathology is a genetic, heritable illness directly linked to creativity. However, evidence dictates that we also cannot disregard the role of environment.

Researchers Kyaga et al conducted a case study of 300,000 people located in Sweden over the span of thirty years (1973-2003) in order to test the alleged link between mental illness and creativity.

The authors explained that prior studies relied heavily upon biographical sketches, but that the alleged link required further examination. “Therefore, we conducted a large population based study of the occurrence of creative occupations among individuals with schizophrenia, bipolar disorder and unipolar depression” (Creativity and Mental Disorder, 374).

The researchers also examined the healthy siblings and relatives of those that suffered from mental illnesses (374). As a result, the thirty-year case study revealed that individuals suffering from schizophrenia and unipolar depression did not show an increase in creative professions compared to the control group. However bipolar patients were “overrepresented” in the arts and sciences (373).

For example, Richard and colleagues at Harvard University implemented a series of creative tests that ranked participants on varying degrees of originality. The researchers discovered that individuals suffering from manic depressive illness, also known as bipolar disorder, scored significantly higher than the control group (Jamison, Manic-Depressive Illness and Creativity, 46).

Jamison confirms the correlation between highly creative individuals and manic depression with further evidence. For instance, psychologist Ludwig at the University of Kentucky in 1992 conducted a biographical sketch of 1,005 famous artists and writers from the twentieth century, in order to prove that the vast majority of these figures exhibited symptoms of manic depressive illness. This is a substantial proportion, considering bipolar disorder affects approximately one percent of the population (Manic-Depressive Illness and Creativity, 46).

Francois Mai contends that those who deny the correlation between manic depression and highly creative individuals contribute to the social stigma of mental illnesses.

“They are implying it is somehow bad to be designated mentally ill, that one might think less highly of the artist and his/her art… or even that he or she is responsible, in some way, for being sick” (2).

Mai contends that there is nothing wrong or bad about suffering from a mental illness (The Tortured Artist, 2).

Thomas Caramagno criticizes the outdated Freudian model that attributes psychosis to unresolved neuroses, or deep psychological issues that a person is either consciously or unconsciously unwilling to resolve (Flight of the Mind, 2). In an interview, Wong, psychiatrist at the University of Arizona, notes that many highly creative individuals such as Ernest Hemingway, Anne Sexton, Vincent Van Gogh and Sylvia Plath suffered from the genetic condition of manic depressive illness.

A person affected by mania is highly sensitive, oscillates between moods that range from euphoria to a deep depression, varies in how frequent and ill they become and “responds to the world with a wide range of emotional, perceptual, intellectual, behavioral and energy changes” (48).

Wong describes the distinct patterns of bipolar disorder, mania, hypomania, dysphoria, depression and mixed episode, arguing that psychosis, characterized by delusions, paranoia and hallucinations, may appear in either the manic or depressive stage, or during a mixed episode.

Caramagno maintains that although any individual can become depressed, Virginia Woolf fits the manic depressive paradigm, and cautions critics that “oversimplify etiology” and fail to recognize “different types of depression” (8). Manic depressive illness, a genetic, heritable mental disorder, accounts for Woolf’s madness, “her supposed flight from sex, or her morbid preoccupation with death; all the favorite Freudian themes which, not coincidentally, sustain sexist assumptions about the nature of the creative woman” (Caramagno, 2).

Psycho-theories that contain sexist notions about Woolf’s illness serve to stigmatize the creative woman, and limit our understanding of the way the brain functions.

In light of this information, Caramagno reiterates that manic depression is not a psychosomatic response to repressed childhood trauma, and Woolf did not choose to become manic depressive (Flight of the Mind, 7). He attests that “biology lifts from Woolf’s shoulders the derogatory weight of responsibility for her illness” (2).

Thus, Jamison asserts that we can scientifically confirm that highly creative individuals suffer from mental illnesses more so than the general population (Manic-Depressive Illness and Creativity, 44). Kyaga et al highlight that “based on these and other findings of increased creativity in relatives of patients…a genetic basis for the link between creativity and psychopathology has been suggested” (373).

Yet Kyaga et al also argue that, though the genetic link correlates to creativity, it does not account for intelligence. Researchers discovered that, despite the prevalent myth of the “mad genius,” “no significant interaction effects between IQ and creative occupations were found” (Kyaga et al, Creativity and Mental Disorder, 377).

Jamison explains that “to assume, then, that such diseases promote artistic talent wrongly reinforces simplistic notion of the ‘mad genius’” (Manic-Depressive Illness and Creativity, 45). Besides, Mai notes that such an assumption trivializes and romanticizes a very serious medical condition (The Tortured Artist, 2).

Jamison urges the medical community, psychiatrists and clinical psychologists to continue to seek new treatment options, rather than lithium or drugs that mask creativity, and often discourage patients from seeking help, which can prove treacherous to the individual as well as society. “Left untreated, however, manic-depressive illness worsens overtime, and no one is creative when severely depressed, psychotic or dead” (49). To imply that the connection between psychopathology and creativity is solely genetic oversimplifies mental illnesses and discredits individuality (45).

The authors of these sources agree that biographical and occupational correlations seem greater than environmental factors. However, not all artists suffer from mental illnesses, so genetics alone cannot account for creativity. The role of individuality should not be discounted.

The role of the individual is to shape his or her creative experience, and make good art. 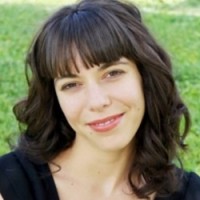