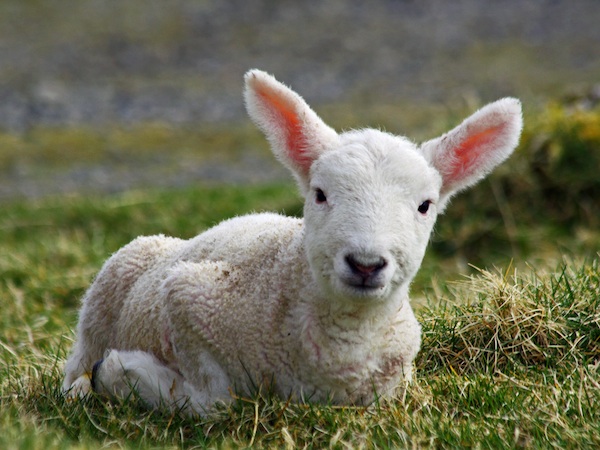 Born in the swinging 70s in cattle country, my childhood thrice daily intake of meat was a source of great pride to my parents.

It would make me strong and smart they believed, and I am, but I have this gnawing feeling that it’s not for me. Several “light bulb moments” have illuminated a much more attractive path, although I’ve yet to make it more than a few steps along the way. You see, I am the world’s worst vegetarian, but with your help, I think I’m ready to go all the way.

“Poor lambs,” I’ve said aloud at some stage, during every meal in which I’ve eaten one over the last two decades or so.

“They’re so delicious, the poor little things, why must they taste so good?”

I’ve lamented similarly for pigs of course as I’ve crunched on their crackling, or chewed on their velvety, fatty bacon, feeling it melt over my tongue and descend in salty sovereignty down my greedy throat. I feel bad about eating cows too, and fish and birds and clumsy insects who’ve drowned in my wine unnoticed, but I don’t know how to stop.

For the love of mung beans, I just don’t know how to stop!

Well actually, I don’t know how to stay stopped. I have lived meat free for periods of up to 6 months before. Unfortunately I ended up living on bread and cheese because I was busy, tired, (increasingly depressed) and didn’t know what else to do. Obviously I ended up gaining weight and feeling like crap, with fingernails like flakey pastry and the skin of an acne-prone axolotl, so I reverted to meat, but I didn’t give up the dream, or the guilt.

I’ve never been guiltier than I am now, because I feed my kids meat on the one hand, and on the other hand I rave on and on about the terrible sin of hurting animals. My twins are only four, but every time they wave out the window to their pet chickens, while eating chicken, I just want the world to open up and swallow me! I mean they’re not so dumb, my kids, and they’re bound to see the perversity of my position one day. How long do you think I’ve got here? 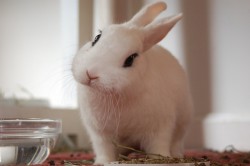 I remember the night my father explained it to me although it was certainly not his intention. He announced proudly that we were eating “Bugs” for dinner. He said it over and over, winking at mum and waiting to see if we’d join the dots and finally get the joke. It’s a very annoying habit he still persists with today and often leads to a dinner that’s almost silent, but for the repetition of his clue, and the sound of rolling eyes. We all know he’ll blurt it out eventually, because he’s far too proud of his riddles to let them remain unsolved.

On this distant, childhood night we were informed at last, that we were eating rabbit. We spat and cried and mum had a terrible time getting us to sleep, while cursing our father’s insensitivity. I don’t think I’d ever considered what animal our various meats had come from until then.

The rabbit catastrophe of ‘81 didn’t cure me of my carnivorous lust sadly, but it did plant a seed, which was fertilized a few years later by a teenage epiphany.

I was settling down to sleep as I did every night, with the family dog, a small black and tan terrier by the name of Sid. As I stroked his ears in the darkness the absurdity of my devotion to him, and preparedness to slaughter and eat another animal hit home. Weren’t they all the same? Aren’t we all the same? Flesh and blood and feelings and fears and striving for safety and happiness in which to live out our natural days?

Much later I started studying the teachings of the Buddha. So many lessons from the Dharma are just common sense, obvious truths we’re too distracted to stop down and notice. They don’t come much simpler and yet more life changing than the acknowledgement of the true nature of things.

If things had a permanent quality, that is to say, if things actually were good, or bad, or delicious, or revolting, we’d all feel the same way about everything, but we don’t.

We don’t all love chocolate for example. I know it seems like it’s universally adored, but my friend Dave ate too many Easter eggs as a two-year-old, vomited on the cat and has hated chocolate ever since. Ask Dave what the inherent nature of chocolate is and he’ll tell you it’s inherently gross. Offer him some and he’ll lean violently away as though he fears it may bite him.

Like me, and most other Australians, Dave loves to eat Vegemite, a black, sticky spread made from brewer’s yeast. According to Urban Dictionary, non-Australians think it tastes like a mixture of salt and battery acid. So as you can see, beauty is indeed in the eye of the beholder!

According to the Buddha, labels like good and bad are created by the mind, influenced by our environment and don’t in themselves hold any inherent truth. Lambs therefor, are not delicious. They are just lambs and it’s up to me to discipline my mind as to how I see them.

I understand that many people in the world have precious little choice about what they eat, but I do have that choice.

I’ve been choosing to eat animals and I wish with everything in me to stop. I’m trying again right now, five days meat free so far. I’m working on my mind and my perceptions but I’m also asking for help in the form of good vibes, tips and suggestions to help me stay strong on my vegetarian path and to provide a vegetarian environment for my children.