Why Living in the Present is Better Than Our Dreams. ~ Laura Farrell 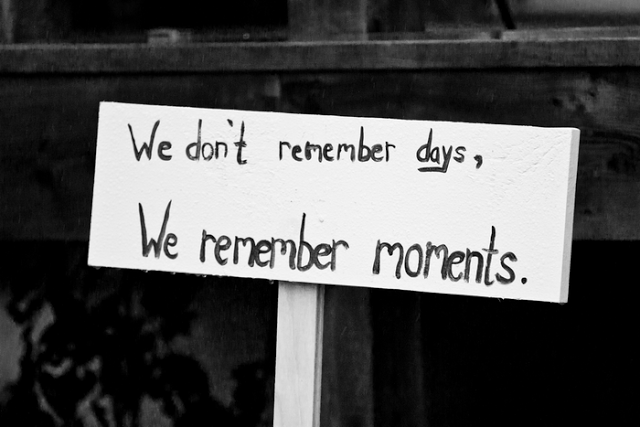 I cultivated my dream, I planted the seed, and nurtured it. I would even go so far to say, I let my dream consume me. I was so fixated on who I wanted to be and what I wanted to become, I turned my back on my present self.

I dreamed of being a writer as it was something I was good at since I was a child. I was always crafting, working, writing. I was often too humble and a little too shy to verbally express how I felt, so I wrote it out.

Even after I wrote them out though, I found it difficult to share with my peers. Often the words would hit me with too much emotion and I worried people may not understand. I was too terrified to convey the intensity of my emotions, so I hid them. I hid my writing and by virtue, I hid my thoughts–-but, I kept my dreams.

My dreams were the only things I could hold onto.

In my mind, I had already worked my way to the top. I knew what I was capable of, but I was the only one who knew. The reality was that no one knew who I was since I was too afraid to show the world. I felt too vulnerable. I was too afraid of my own self so I continued to live in my dreams, where I remained safe.

My poems were never read, my stories went untold, and all my knowledge went unnoticed.

The world wrote me off as ordinary, and I was to blame. The world was unaware of my potential because I had portrayed myself as plain and emotionless. Only I knew my mind was roaring when my mouth was silent.

I lost who I was, and was unsure of who I was becoming. Embarrassed by my words, and frightened by what others might have said, I was beginning to feel shame by my vulnerability rather than empowered by it. I lived in my mind, disconnected from the world.

Over time, my dreams only lived in my mind and dwindled in reality.

I lived in fear of my own emotions until I couldn’t accept it anymore but I couldn’t live like this forever. I believed in my potential for that’s what got me here in the first place. The longer I kept a lid on my driving force—that had been locked behind caged doors—the more it wanted to burst it open. I knew it was going make its way out, whether I wanted it or not.

I escaped my mind and cleared my eyes to the world around me. This was reality. This was not the future and this was life.

It was time to savor every moment I had been given and treat these moments as a gift, so I became thankful for them, because I was living in the present.

For the first time I had let myself go. I expressed my emotions and I expressed who I was. I spoke about how I was feeling, and I spoke about it honestly. I would be lying if I said it didn’t terrify me the first time I went through with it, but once it was over, I could sigh with relief. The weight had been lifted and I was no longer afraid of the emotions of my thoughts whether they were vulnerable or not.

So here I was, living in the present. For the first time I was ready to let the future work itself out, without my mind intervening. I no longer thought about how I could alter my future, I just let it happen.

I felt happiness, genuine happiness that stemmed from myself rather than happiness I had constructed for myself. I no longer felt worried about making the best out of my future because I realized the importance of fulfilling our lives in the now.

I learned who I truly was, rather than who I wanted to become. I was no longer trying to transform myself into something I could be in the future, I was living the way I wanted to be in the now.

Seeking goals in the future is not a bad thing, but we must not let that control our lives. We must be happy with ourselves for who we are now and be aware of the present moment.

Your dreams will always remain, but we can never get our last moment back.