Confessions from an Accidental ‘Other Woman.’ 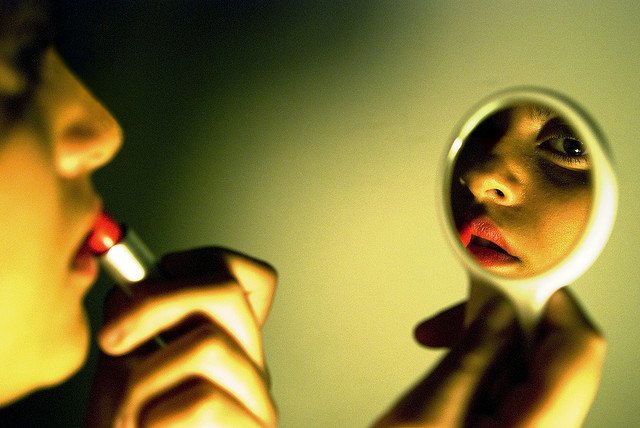 Like many memorable love stories, mine starts off with a chance encounter.

I was 21 years old and spending part of my summer in England. During a day trip to Cambridge University, I asked a man who happened to be passing by for directions which resulted in a conversation and an exchange of email addresses. We kept in touch and  when I moved to the UK the following year to begin graduate school, we arranged to meet again in person.

In a short amount of time, we saw each other regularly, fell in love, and planned to get married. However, unlike most love stories, ours ended abruptly when I discovered that there was one important detail that my beloved failed to tell me: he was married.

In fact, he wasn’t just married in the legal sense but very married in so much that he was still living with his wife, raising their kids together, and posing for family pictures for the annual holiday card with the family Border Collie.

How I came to find this out is long enough to be a separate blog post, if not the subject of an an entire book, but in a nutshell, he finally confessed as my graduate studies were coming to an end and the only plausible way I could stay in the UK is if we married.

At first, I didn’t believe this. I really didn’t want to think that I could be that naive and stupid. When we met, he told me that he had been divorced for several years. Supposedly, he even arranged his trips down to London on the days and weekends when he did not have kids. It was inconceivable to me that he could be lying through his teeth and even get “engaged” to me if this was true.

However, it was true.

For many years, I tried to avoid thinking about that relationship. I truly wished that there was sort of magic pill I could take to erase it from my memory forever. Other than my closest friends, I told no one the entire truth about the relationship. I always left out the part that he had been married because even though I was in the dark about it throughout the majority of the relationship, I was still ashamed that I had been the other woman.

So why talk about it now nearly 17 years later? Part of it is that I am past feeling the shame I felt and another is to clear up some of the common myths and misconceptions about “the other woman.”

While my experience may not be typical of all or most, I believed that I nonetheless learned a lot as to why people (especially men) cheat.

First, while I was the stereotypically younger other woman (my boyfriend was 20 years my senior), the attraction seemed to have little to do with him wanting a trophy girlfriend or a “hot young thing” on his arm.

Rather, I think the biggest allure was my naivete.

While I never would have admitted it at the time, like many 21-23 year olds, I was pretty naive when it came to the world and when it came to relationships. The fact that I had gone straight from college to graduate school meant that I never even held a proper job.

There was something exotic about this man who not only held one but actually had a career. Granted, it wasn’t one that he particularly loved or in retrospect  was even all that interesting, but it was at the time to me. Plus, I took everything he said as the Gospel truth. I never stopped to question or even wonder about some of the things he said even though when I look back, I think many of the things he claimed had been exaggerated to a great degree if not outright fabricated.

If I had the guess, it had probably been years before anyone saw him in such a light.

Perhaps it had even been the first time ever.

Still, when I learned the truth and it marked the end of my illusions, the relationship and another common myth I had always thought about “mistresses,” “other women,” etc.: there was nothing remotely glamorous, exciting, or even good about learning that I had been involved with a married man. Even though I learned years later that his wife later found out and supposedly never blamed me, I still felt like a “homewrecker”.

Blame it on my love of trashy novels, pop culture, etc., but prior to actually having my experience, I thought it would at least be somewhat flattering to have a man  “chose” me over another. However, once again reality was showing me that  it was not the case at all.

In fact, one could argue that he hadn’t chosen me over anyone. Despite his claims of true love and even promises to divorce his wife once I learned the truth, I felt like I was the last priority in his life. It was clear we didn’t have a future and even worse, we didn’t have a past since the vast majority of it had been based on lies.

This shattered the last myth: that the other woman knows what she is getting into.

Granted, my situation was atypical in that I didn’t know this man was married when we got together but in the years since I slowly begun to share my story, others confessed to me that they had once been the “other woman”, too. Nearly all of them knew of their significant other’s marital situation, but were still lied to in some way.

Plus, all of them expressed regrets: the most common being that they had no idea how much their actions had hurt the other spouse until months or years after the relationship ended.

Looking back at my own situation, I can say at least I got away relatively unscathed and with some valuable lessons learned.

While it isn’t an experience I look back on with much fondness or would ever care to repeat, it was still a learning experience and more importantly, one that I hope will prevent me from ever being in such a situation again.

Perhaps others who have been cheated on will take away something as well. In most cases, the reason that someone cheats have little to do with with their partner and every thing to do with their own unhappiness.  It also has little or nothing to do with the other woman’s looks, youth or “sexiness” but all do with feeling important, flattered and validated by someone else.

The reason the vast majority of these relationships never work out is that they are based on illusion. Take that away, and there is very little to actually build any sort of relationship much less a lasting partnership.

While it’s ultimately up to each individual to decide if they leave or take their cheating partner back, I suggest one thing not to do, and that is don’t try to ever “get back” at your cheating spouse by going out and becoming the other woman yourself.

It truly isn’t worth it.

> Healing from an Affair: Where to From Here?

> What I Learned from Having an Affair With a Married Man