Establishing New Patterns of the Mind: Creating a River of Love. ~ Rachael Donovan 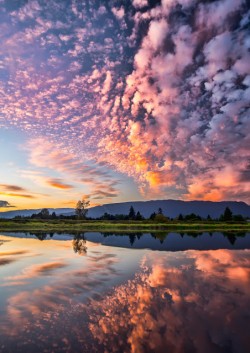 Edward De Bono states that the effectiveness of the mind works due to its ability to establish patterns that are used both in recognition of things, objects, ideas and concepts, but also in how we as humans relate to our environment and the people in it.

While this is a useful skill for navigating through and making sense of life, it can also be problematic in certain circumstances. Just like water falling over a rock’s surface will eventually erode a path into it, and over a long time with enough water running on that particular path a river will be formed, so too is the patterning of our minds.

Over and over the same patterns and thought processes are used, and these create deeper and deeper and stronger pathways between the particular neurons of the brain. As these neuron pathways become deeply established, that is when a thought, process or behavior becomes a habit. These patterns or habits are formed partly due to social or cultural conditioning, partly due to family influences and partly due to evolution or nature.

For our own survival, certain patterns and habits are instinctual in us.

However, as anyone trying to break an undesirable habit knows, patterns once deeply formed, can be difficult to alter. In the same way that just like once a riverbed is deeply created, the water will always take that particular path.

To create a new river bed takes a lot of time, energy and effort. We need to continually route the water (or the thoughts of our mind) to the new path, grooving the valley deeper and deeper until one day it becomes second nature or a habit also.

This requires awareness, constant attention and a lot of dedicated practice.

In intimate relationships, after the honeymoon period is over many people start to feel unfulfilled and unsatisfied and that their needs are not being met. When this happens, both partners can become demanding, needy and manipulative or use sex to get the love and attention that they feel is needed. They project their need for love onto the one person closest to them, instead of looking within for the solution and feeling what they are looking for.

Consequently, many people live with a permanent feeling of emptiness in their heart leaving them sad, hurt, angry and frustrated. These patterns are often established in childhood and, by adulthood, the “I’m unlovable” river runs very deep. It becomes an entrenched habit within that is almost impossible to control.

It leaves a perpetual unsatisfied feeling, and no matter what the other person does, they are always seen through a lens of inadequacy as all their behaviors are personalized. When they don’t answer phone calls it automatically means they are angry. When they push away physical affection it causes deep and crushing pain within as it brings out feelings of unworthiness and unattractiveness.

Thus every behaviour becomes attached to a personalised negative or disastrous motive. Then all our actions and behaviours react to this perception, which of course only reinforces the behaviour and attitude, and at the end of the argument that surely follows, leaves both parties feeling attacked and hurt. But this pattern is not about anyone else’s inadequacy, but about our own inability to emotionally provide for and love ourselves.

Because the deep river of insecurity or low self-esteem or lack of worth is constantly flowing, we naturally want the person closest to us to “fix it.” But of course, nothing that is separate or outside of us can fix anything that is within us in the long term. Perhaps, like a drug, it will provide a short-term fix, a feeling of fulfilment, but it is not sustainable or lasting.

The only real change can come from within.

Which brings me back to the river.

In order to make a new pattern, a pattern of feeling fulfilled and whole and complete and loved from within our own self, then a new river pathway needs to be made.

And just like in the case of a real river, this takes time to redirect the water (or thoughts) to a different pathway. It means a constant state of awareness, of non-reaction, of challenging old perceptions and of not buying into the old thought process of the mind.

If we want that old negative destructive river to dry up, then we will have to put in the effort. But what does this mean in practice? It means taking time for ourselves every day, doing things that we love. Whether walking in the forest, listening to music, reading, writing, talking with friends or family or simply meditating—this time is crucial for our own feeling of wholeness.

It means disconnecting from the distractions of the outside world at times (internet, phone, people, Facebook) and just connecting to ourselves. It means not reacting and buying into every feeling that we have, but simply observing and letting them pass. Most of the time they are not relevant, but formed from an old dirty, polluted river. It means instead of reacting, taking a moment and breathing deeply and frequently.

Love for ourselves and the universe and for the inseparable connection with everything in it. There is always enough love and by being part of the oneness of the universe, we are connected to it always.

And by doing this, consistently with love and effort, slowly we will create that new river of love. 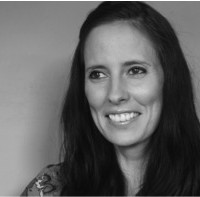