How to Have Horrible Sex. ~ Jerry Stocking 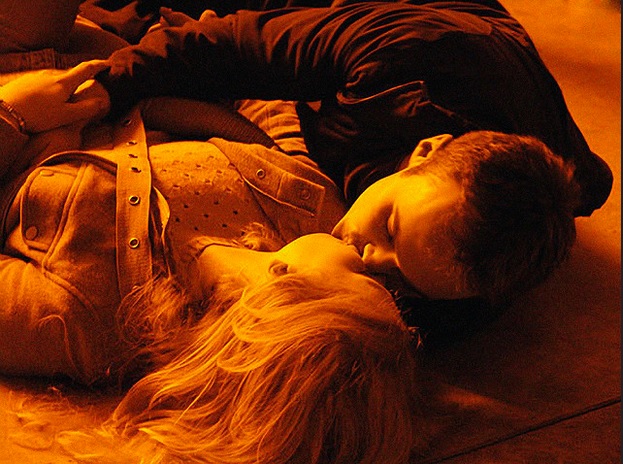 There are many ways to have terrible sex.

You can ignore your partner’s needs. You can rush to orgasm. You can bring along baggage from past sexual trauma.

You can even imagine that you are having sex for your partner’s sake.

But there is one main driving force behind diminished sexual pleasure. In three decades of leading workshops I have discovered that this one thing always makes sex less wonderful.

I call this sexual pitfall “the good sex illusion”.

The Good Sex Illusion is:

Competitive chess players, of which there are tens of thousands, each have a number. That number is based on wins and losses in tournament play—and that number is an accurate representation of how good a player is. It is unlikely that a 1400 would beat a 1850 player. The ranking system is so accurate that players often know each other by number, not by name.

Even with such an accurate evaluation system, many chess players still imagine themselves to be better than their ranking.

When it comes to sex there isn’t a ranking system—you are free to imagine yourself to be the best lover ever, or the worst. Many people are sufficiently insecure that they imagine themselves to be much better than they are.

This doesn’t just happen surrounding the subject of sex. In a recent survey, four percent of the people surveyed said that they were below average intelligence.

The “good sex illusion” has people think that they are much better at sex than they are—and that the sex that they have had is much better than it actually was.

To get around the sex illusion, we must re-evaluate how good we are at sex and how good the sex is that we’ve had previously.

If someone asked you how good a lover you are, on a one to 10 scale, what would your number be? With one being a lousy lover and 10 the best lover ever?

I don’t know what your answer is, but I do know this question: when asked of a group, often results in people squirming.

But let’s inflate the scale, making one a terrible lover and 2000 being the best lover ever. What is your number?

I warned you about the “good sex illusion” before I asked you the question, so that might have influenced your answer, but I am still interested in your answer. I invite you to anonymously post it in a comment below.

The chess scale is based on specific objective evidence: wins and losses. I have no idea what a sex scale would be based on. I don’t know, and you probably don’t know what makes a 1500 lover different from a 1300 lover, or a 1800 lover, but we still tend to make up a number when we consider how good someone is in bed.

Since we are making up the number, in the absence of any “real” concrete data, I have a suggestion for us. And while this suggestion may not make sense at first soon it will result in way better sex.

You may be quite confident as a 2000, but you will have less performance anxiety, more curiosity and greater playfulness as a 17. If you want better sex give yourself a low sexual performance number, because when your number is low there is a huge upside.

You’ll have room to grow, more to know and more passion to find.

You will also be less likely to blame your partner for lousy sex and you won’t ask so much of yourself. When you set the number low you may be inspired to try things you normally wouldn’t just to raise your number a little—and a low number is much more likely to rise than to fall.

After a particularly hot sexual experience you can move your number slightly upward. You can even move it up a little bit if you lose five pounds. Using your sexual performance number to motivate yourself really works—but always keep it fairly low.

If it gets too high it will feed the fire of expectation, which makes sex much less pleasurable!