I Was Born Perfect. 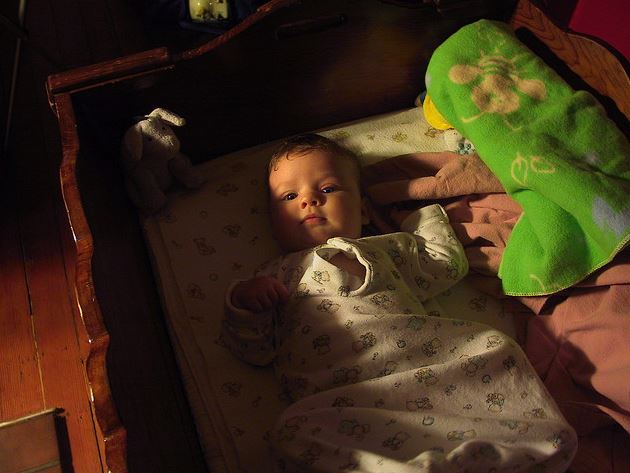 I was born perfect.

Ten fingers, ten toes but more importantly, this soul, new penny bright, beaming light in all directions, joyful that I had life.

Like everyone, as I aged, I got battered and bruised, but until I was 40 all the damage was on the inside. In my first four decades I never broke a bone, I was never hit, never hospitalized, never involved in a violent crime and never had a life threatening disease—but my heart was dark.

Underneath that unmarred skin, that well fed belly, that healthy hair, monsters lived.

I hated myself, my perfect self. I twisted my guts and my brains around into knots as big as plates of spaghetti trying to be someone else. I can’t even really remember why. What was so bad about me?

When I turned 40, I had a big party for myself, figuring then that the worst was over.

I have a picture from that day, and I don’t think I have ever looked happier. I was married, I’d survived the death of my stepson with that marriage in tact, I’d survived my previous abusive marriage and drug addiction.

I had beautiful children and a job I loved.

A few months later (it seemed like a few minutes), I learned I had to have major abdominal surgery. It was awful, but I figured, okay, it was time something like that happened.

Then I herniated two discs in my spine and had to have big time surgery for that, too. Then I was diagnosed with TMI, a rare incurable nerve disorder. Then I fell off my bike and smashed my arm to pieces, requiring two large metal plates to be implanted in my bones. In the middle of all this, I had to have four teeth pulled.

It seemed like I was constantly in pain, constantly at the doctor’s office or taking x-rays or MRIs or in physical therapy or at the dentist. Just when I would start to feel better when—bam—the shit hit the fan again.

Like most people blessed with general physical health, I clearly understood I had taken mine for granted. Still, I thought, this is a bit much.

I tried hard not be be depressed. I kept working out, kept teaching yoga as much as I could, kept writing, doing everything right—but deep inside there was a growing fear: What if I never felt okay again?

Slowly, slowly I started to feel better. I examined my many scars, across my abdomen, up my spine, along my arm, and felt the gaps where my teeth used to be. All these parts of me which had been opened up, yanked out and re-arranged—my body didn’t even really feel like mine anymore.

But it was still moving…still reasonably operational.

In time, I was strong enough to ride a bike again. It was a huge deal. I love riding bikes. I wasn’t on my slick silver road bike with the clip-less pedals—I was on my husband’s clunker; big fat wheels, hardly goes faster than a wheelchair, but I didn’t care—my bike pride had long since been disassembled.

As I spun my wheels at a leisurely seven miles an hour through the woods grinning at all my fellow cyclists, that song popped up in my head again.

But this time, it made me laugh—out loud.

“I certainly ain’t what I used to be,” I thought. But somehow, it didn’t bother me one bit.

I had a sudden feeling of strength in my body, inner strength, which surprised me after years of feeling diminished, weakened. What could that mean?

I thought back to the perfect youthful body I had had, and it’s black black heart, and it seemed to me that my recent ailments were that blackness finally working their way through to the surface, like an embedded thorn will work it’s way to the surface of the skin, so that all that pain and poison could be released.

It is true, I have scars now that I can see, but my insides feel so much brighter—almost as bright as they were on that first day, my birth day, when I was a shiny new penny.

Whether that is true or not, I suppose, is beside the point. To some extent, we write our own reality. I can choose to see my hardships as a curse or as a blessing, and whichever choice I make will set me on one path or another.

I choose light, as my untarnished soul would have 44 years ago, before she even knew what darkness was.

I will pedal my old heavy bike through the sun splashed woods, sing about grey mares, and be glad for this peaceful heart even as the  wind whistles through the spaces in my gums—even if I can’t feel my left hand fingers on the handle bars, and even when I have to turn around early because my rickety old spine says it’s time to go home.