I don’t know about you, but I’ve never uttered the words, “I want to be just like Mom.”

While having lunch with a few girlfriends recently, the topic of conversation turned towards our mothers, or more specifically, how all of us have gone to great lengths not to be like our moms.

I’ve never heard any of my friends or colleagues say they wanted to follow in their mother’s footsteps either. But as time goes on, more often than not, many of us find ourselves catching glimpses of our mother when we look in the mirror, or when we hear ourselves reciting to our children childhood phrases our mothers used—ones we vowed never to speak.

Don’t get me wrong, I love my mother very much.

She has wonderful, positive qualities I’ve longed to develop in myself, like she was such a good listener. And I admire how she cheered each of her children on, encouraging us to follow our dreams. Thirty-five years later, I still call upon the mantra, “Nothing ventured, nothing gained,” that my mother uttered when I was afraid of trying something new.

But when I was just an adolescent girl, I repeatedly told myself that I didn’t want to end up imitating my mother’s life. I wanted something unlike what she modeled; I didn’t want to be just a wife and mother. I wanted to pursue things my mother didn’t or couldn’t dream of. I had visions of becoming a savvy career woman, and fantasized about living an adventurous life—traveling to faraway lands and meeting people who would shape my life.

So I made sure my choices were different than hers.

Mom was married and having babies by the time she was twenty-three. Even though she was college educated and loved her job at the bank, her career never meant much to her; she wanted to become a mother. And she loved it!

I, on the other hand, pursued a career in business. When I was in my twenties, first chance I got, I grabbed a job opportunity that took me to California, 3,000 miles away from home. I told everyone, including myself, that my relocation was for a career advancement. But by the time I hit my mid-thirties, after spending countless hours in therapy, I began to see that my underlying motivation to move across the country was to put distance between Mom and I.

I finally admitted to myself the real truth; I was afraid I’d end up like my mother.

I’m not alone either. As we went around the lunch table, sharing the intimate details of our lives, Lisa revealed that her drive to become a nutritionist, and dedicate her life to helping people stay healthy, was rooted in childhood. While most teenage girls were fretting over boys and proms, Lisa had the harsh, cold reality of caring for her dying mother. She believed her mother’s cancer might have been prevented or healed if her mother had eaten a diet primarily consisting of organic, whole foods.

Forty-something, single by choice, Jill has been running a shelter for abused women for almost 20 years now. Her life’s mission was in response to growing up in a battered home where she stood helpless on the sidelines watching her mother being beaten regularly by her alcoholic step-dad.

And Sally, a stay at home mom, married and started having babies shortly after graduating from college. She was well aware that her choice to become a young mother was due to the lack of mothering she felt by her own mother, a high-powered New York attorney, who was more devoted to her career than her children.

How is it that our values, choices, and ultimately our life direction can be influenced by our earlier years?

Neuroscience tells us that what drives our behaviors are unconscious and automatic from an early age, mostly a result of the environment we grew up in.

While studying for my master’s degree in psychology years ago, I began to identify various patterns and behaviors that originated long before my birth. I was shocked to learn some of the choices I had made, were the very same choices my mother made, and her mother as well. For example, my mother, grandmother, and I, had all married men who had similar characteristics; they were simple yet charismatic, loyal to a fault, and heavy drinkers.

Learning how to develop self-awareness is a great tool to help us begin to separate from old familiar (family) ways. Self-awareness is defined as a conscious knowing of our motives, feelings, thoughts and desires.

Slow down, practice being the witness to what you’re thinking, feeling and doing.

2. Define your strengths and weaknesses.

Identify your innate strengths, and stay focused on reinforcing them.

3. Get clear on what your beliefs and values are.

What’s important to you? What do you value most in life?

Learn to approve all of yourself, rather than reject parts of you that you don’t like.

5. Take responsibility for your life.

This is your life, and you are truly in command of it.

If you see yourself emulating a quality or pattern in your mom, don’t resist it. Remember, what we resist, persists. Bring your self-awareness and curiosity into the picture.

Since motivation is the basic drive for all our actions, asking a simple question like, “What’s motivating me to do what I’m doing?” helps.

By creating more self-awareness and asking this simple question, you will eventually create more consciousness around a situation, which will ultimately result in making wiser, more thought-out decisions. In time, your choices will be based on who you are, what your values and interests are, and not the unconscious influences you grew up with. 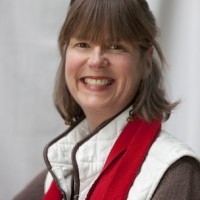