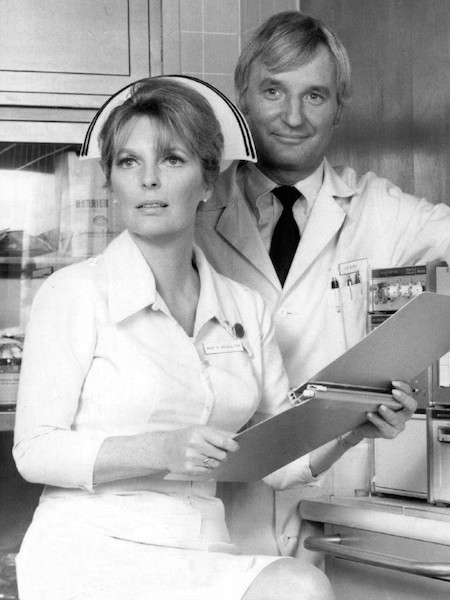 When it comes to good health advice, it seems that there really is nothing new under the sun.

Recently, I was at my favorite place to loiter on Saturday afternoons (a.k.a. my community recycling center) and found a copy of The Health Seeker by J. I. Rodale and Staff, which was published in 1971.

For those who don’t know, Rodale is considered the granddaddy of the modern natural living/alternative health movement. (Amongst other things, he was an early advocate of organic farming and gardening. The company he founded with his brother in 1930 is still in existence today, and its publications include Prevention, Women’s Health, and Organic Gardening to name a few.)

The Health Seeker, which is a collection of columns and articles printed throughout the 1950s and 1960s, has a surprisingly contemporary feel to it. While some of the advice is a little odd (for example, there is a snippet about the hazards of “Over-Twisting” citing the late 1950s dance craze as having “serious physiological repercussions”) the vast majority is surprisingly sensible and something that we could all benefit from even today.

Below are some of the best tips:

1. Know where your food is coming from and avoid chemical additives whenever possible.

In an era where many believed whole-heartedly in “better living through chemistry” this was nothing sort of radical. Much like today, Rodale points out that the majority of big food corporations do not have the public’s best interest in mind.

The key is education. He urges consumers to learn about additives and read the labels—something one could argue that is even more important today than when he first penned that column.

Rodale  suggests going organic whenever possible for the following: No chemical residues in or on the food, better nutritional quality, better varieties of plants and most importantly, better use and preservation for the land. (As he puts it, “it is from the soil that the true strength of America springs.”)

Unlike many things that haven’t improved with time, this is one thing that has. Today, it’s easier than ever to obtain or grow organic food. (Even Wal-Mart carries organic food, and its availability continues to expand.)

In an open letter to then-President Kennedy in response to a 1962 statement he released on the importance of young people being fit and active, Rodale suggests that in addition to kids being active, there needs to be better access to nutritious food, and the medical community should be urged and encouraged to expand it’s nutritional research. As he points out, many diseases associated with being obese and/or inactivity could be greatly reduced or even eliminated.

Reading this, I could not help but think of First Lady Michelle Obama’s Let’s Move program. While she certainly deserves credit for her efforts, I couldn’t help but think more credit should go to Rodale for being light years ahead of his time.

4. Not all “natural” products are harmless.

This is a great tip to end with and a great reminder that no matter how much good there is in nature, there are some natural things that are very bad or even deadly. (For example, there is an anecdote about an outbreak of a liver fluke in England. The source was a batch of watercress growing naturally by a spring where the untreated water from said spring containing larvae was used to irrigate the crops. This was a case where raising the watercress in “artificial” beds and using treated water would actually be better.)

As the author of the piece points out, this isn’t meant to scare but rather, to illustrate the importance of knowledge. Just hearing that something is natural is not a reason to stop asking questions or not question where it comes from.

In closing, the above-tips may be well over 50 years old, but they are still good ones to follow. Perhaps if everyone had listened to Rodale’s advice and followed it, we would be a healthier nation today.

In any case, it’s never too late to start.