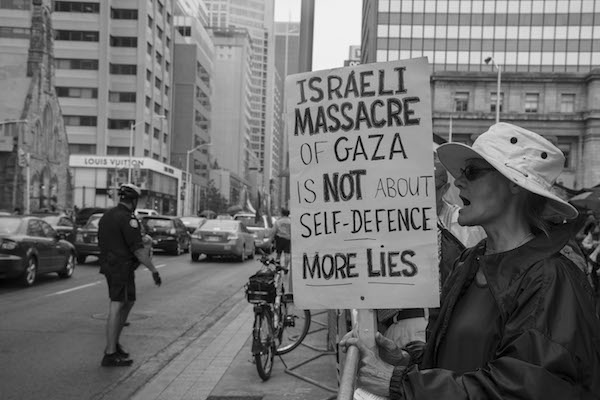 I came to Canada as a young, eager student from Pakistan in 2004. It had been a childhood dream to go abroad, study at a prestigious university, and gain a foreign, life-changing experience. It has been exactly that.

While filling out a sketchbook for a competition recently, I realized the best title I could give this visual diary of sorts was, “Born in Pakistan-Made in Canada.” I wasn’t meant to stay. A couple of months after graduation, I would have returned home like many of my friends did.

I had a feeling about this place though. I had connected with it in a way I cannot describe, except to say, that I love this soil like my own. Leaving it permanently is not an option. So I extended my work permit and slowly made my way into the art and photography world of Toronto.

You have chosen to be on the wrong side of history, siding with Israeli genocide, apartheid and mass murder. Your government’s decision reeks of selfish vices that Canada is not known for.

We’re known to be loving, kind, happy and forgiving people. It’s not a stereotype. Having lived here for eight years, I know that it’s a reality.

This is a cultural haven where diversity is celebrated.

Granted, there are issues. Our politicians are predominantly Caucasian and our cab drivers are Indian or Pakistani doctors, engineers and lawyers. Let’s not even get started on the whole Alberta oil sands fiasco.

Attention is being brought to these issues, and activists are working with the government to figure stuff out as ethically as possible. What you’re doing is damaging us in what might be an irreversible way. Generations will look back and read about this. Unfortunately, people hold onto the negative more than they celebrate the positive.

Case in point: Toronto tarnished by Rob Ford’s unending antics. The most recent of which was the vile display of aggression and homophobia by Ford supporters at Fordfest. We don’t usually see that in Canada. We see one of the most massive, awe-inspiring Pride events in the world, but what we don’t see, is an ignorant group of humans, not worthy of being called Canadians, chanting, “It’s Adam and Eve not Adam and Steve.” This isn’t an Eastern Orthodox Church. It’s Canada. Secular, free Canada where “live and let live” is the only way to live.

Having lived in Pakistan during my formative years, I, along with throngs of immigrants, support this country’s values: equality, justice, truth and compassion. In a way, we end up being more grateful, even more so than those born here who take the country for granted.

One of my colleagues from an art show I curated was circumcised in Africa as a child. I asked her how she feels about living in Canada and she broke into tears. “Many of my friends didn’t survive. I was treated with care by understanding doctors. I have a support network many could only dream of back where I come from. Many of my friends have not made it.”

She is not the only one who has fought a battle and migrated here. There are Afghan refugees, survivors of the Balkan war, African orphans, victims of Asian trafficking, Ahmadis from Pakistan, and many marginalized groups that have faced persecution. They have managed to start new lives in Canada. Amongst these, there are Israelis and Palestinians here, deeply perturbed by the ongoing events in their homelands and their adopted country’s utter support with apartheid.

Canada has not discontinued trade or arms dealing with Israel. That speaks volumes. Imagine what is going on in the minds of these immigrants. The country they chose, for all its history with human rights, voted one of the top places to live in and raise a family, has decided, without the public’s support, to be an ally to a country currently committing apartheid and forced occupation.

An annual participant at U.N meetings, Canada is on the forefront of peace keeping. Look up most International issues pertaining to women, children and marginalized groups of society. Canadians are right up there supporting democratic, humane missions, charities and developmental projects. Then why not a word as Palestinians, innocent civilians, are brutally murdered like flies.

I am looking at activists scrambling to get the issue the attention it needs. Getting Stephen Hawking on board, finding Jewish people to speak up against the apartheid to validate the argument. As if this needs validation. As a civilization we have gone through enough war and rampage. Let’s take a lesson from the Yugoslavian mess, Hiroshima, Hitler’s brutalities and all other atrocities toward a people based on religious/ethnic/cultural, geographic orientations.

Alas! The people cannot be silenced. From Ottawa to Toronto, Paris to London, conscious ridden souls are taking to the streets again and again with slogans, chants and protests outside Israeli embassies, demanding an end to this senseless murder. I attended the protests in Toronto and witnessed Jews and Arabs standing in pouring rain, united in solidarity with Gaza. There were rabbis and Holocaust survivors amidst the chanting crowds and the more it rained the louder everyone became. They kept it together though.

Canadians know how to kill. With kindness. I looked around me and remembered, that this was why I migrated here. This was exactly the reason why. People of various backgrounds holding hands, looking at each other with human acknowledgement, while cars passed by honking in approval. Canadian born citizens held “Shame on Harper” banners. Shame on you, indeed.

I thought we could have faith in the liberals. Et tu Trudeau? Tsk tsk.

I was on your Twitter account recently. You’re condemning Mosul, Russia, mourning plane accidents, wishing Muslims Eid Mubarak. Do Palestinians not deserve your sympathy? I saw the responses to the propaganda video featuring you showing Canadian support toward Israel. Many of your Canadian followers were not pleased. 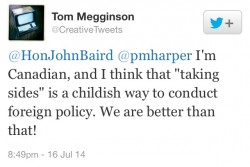 I shouldn’t have to remind you that more than 1,000 Palestinians have been killed. I shouldn’t have to stand at Yonge and Dundas with slogans in my hand to nudge you to wake up. It is understood that loss of life is unacceptable.

In the words of U.N spokesperson, Chris Gunness, who broke down in an interview with Al Jazeera recently: “It’s important to humanize the statistics and to realize that there is a human being with a heart and soul behind each statistic and that the humanity that lies behind these statistics should never be forgotten.” Grown men and women are breaking down on national television while those governing us watch on.

This war and madness will only end the day you leaders decide it ends.

More pictures from the protest in Toronto: 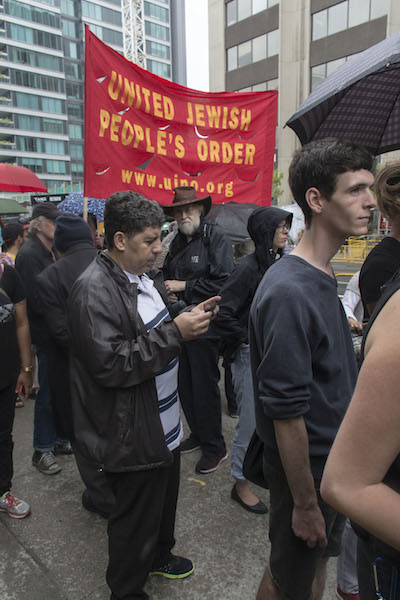 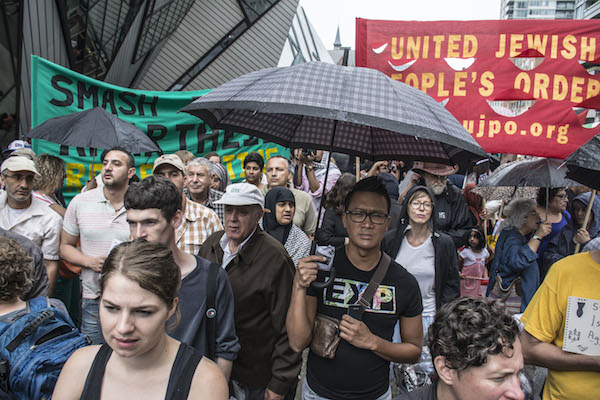 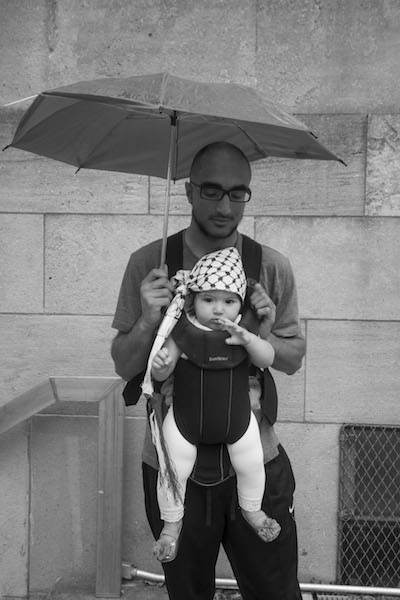 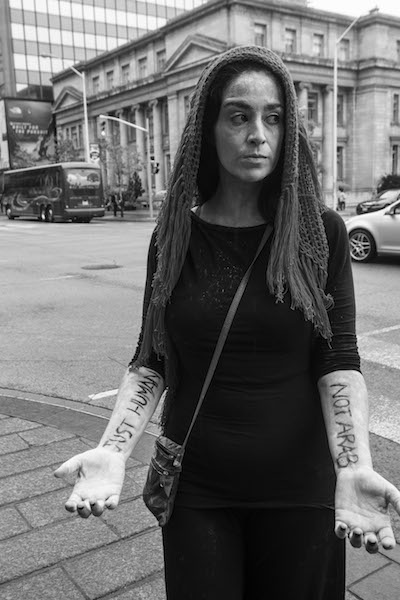