How Do You Yoga? ~ Nathan Friedkin 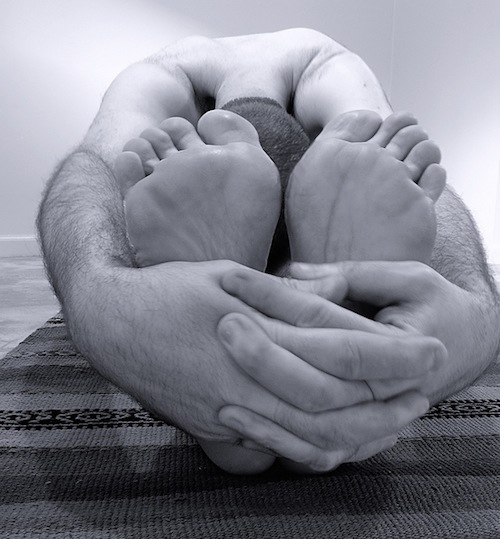 Do you like to get really sweaty? Do you normally wake up at 4am? Do you prefer keeping your clothes on?

No, these aren’t the questions from a OneTaste customer inquiry form.

These are questions that I found on a funky, cool infographic created by yogatrail.com illustrating 19 different styles of yoga that circle an intricate maze of yes/no questions and directional arrows designed to lead you to your yogic promised land.

Or mat, in this case.

Looking over the list, which has more variety than the bargain bin at your local farmers market, I saw that Acro, Kids, Power, Partner, Hot and even Nude Yoga were all represented. Chair yoga & paddle board yoga are two that didn’t make that list and I’m sure there are many more.

Clearly there’s a distinct flavor of yoga for everyone. And really, when you come to think of it, why shouldn’t there be? After all, America is a melting pot. A proud nation of immigrants. Most of us are taught, in theory at least, to celebrate diversity and differences. So the same should hold true with yoga, right?

Well, according to some—not so much.

The reason I was researching the different styles of yoga in the first place is because recently, a friend of mine who teaches yoga for men ran into some sharp criticism for a blog post he wrote. In it, he described the way his teaching style eschews the spiritual messaging of yoga altogether in favor of a no-frills, purely physical approach.

Granted the majority of the comments were positive, but when a purist would take to the keyboard, the vitriol directed his way was disturbing.

To see some yoga teachers and students taking shots at another teacher just felt wrong. I mean, think about it. Why rip on a 200 hour R.Y.T who works tirelessly for little to no pay teaching free classes at the park and makes free instructional videos on YouTube while growing his tribe? He is literally a conduit for hundreds of men to experience yoga who would otherwise probably be still just working out at their local gyms.

How can that not be a good thing?

One yoga teacher wrote: “Just teaching the poses is not yoga. It’s calisthenics.”

Another wrote “Then go to a gym or to a Crossfit class. Or do Insanity. Yoga is a lifestyle.”

And an indignant yoga teacher lashed out: “Yoga is NOT just a physical workout and if guys or gals want to think of it that way then join a gym…The reason why yoga is so beneficial is the inclusion of mental attributes and cueing.”

It sure sounded odd to hear a teacher believing that she could define for everyone “the reason why yoga is so beneficial,” as if everyone experiences benefits in the exact same way? I’m not a yoga expert by any means, yet something tells me that harsh judgments and inflexibility aren’t quite in alignment with the spirit of yoga.

The issue strikes a nerve with me for another reason.

I am currently building a yoga business that trains a wide cross section of people to teach a new, athletic form of yoga workout designed for student athletes on sports teams. We teach our style of yoga in a way that leans more on science than Sanskrit and favors kinesiology over Kumbayah.

And while it doesn’t bypass the esoteric elements of yoga entirely (we place a heavy emphasis on breath control and we lead eyes-closed guided visualizations at the end of class), we also cue the poses in a way that emphasizes the physical and the mental, but not the spiritual.

Because I believe that youth athletes will benefit from experiencing the increased flexibility, focus and injury prevention that comes from yoga postures. And I, too, have found the best way to communicate with our students is by sticking to the physical.

I suppose there will always be purists or extremists no matter what subject. Yet, perhaps those who criticize or discredit an alternative style of yoga because it doesn’t fit with their yoga-view could use a gentle reminder that the word yoga itself means union.

And if you’ve ever had to get down low in a chair pose and hold it until your thighs feel like jelly, you know that it’s your mind and your body, learning to work together like the odd couple, that keeps you holding your chair pose long after those voices start saying “Yo! – it’s quitting time. What are you still doing here?”

In other words, if you are challenging yourself by holding yoga poses and focusing on your breath, by seeking out stillness in the uncomfortable, by finding grace under pressure, then I’m going to go out on a limb and say that more likely than not, you are cultivating a special kind of strength in stillness that results from a cooperative union of mind and body.

Do that long enough and sure you’ll be stronger, but you also will be feeling pretty darn good about yourself. And the better you feel about yourself, the kinder you are to others.

And for me, that’s yoga—no matter how the poses are cued or the workout is messaged.

Bryan Kest, a pioneering titan in the yoga industry who created Power Yoga, wrote a popular blog post titled “What We Are Doing Is Not Yoga!”

In it, he writes,

“Actually, what we are doing is not yoga. Because of the nature of yoga, it cannot be anything one does—not asanas (poses), meditation, not anything. Yoga is the state of mind or state of being while performing the asana, pratayama, meditation, or any other endeavor…Any practice that cultivates self love and unity is a yoga practice, whether it’s a religion, an art, an experience, or some practice channeled through one’s self or another.”

Malcom X wasn’t talking about yoga when he said, “By any means necessary,” but that’s the phrase that comes to mind when I survey the eclectic landscape of yoga in this country.

And while squabbling over semantics and debating definitions is a natural tendency for some, you’ll never find me taking a hard line stance on yoga.

If yoga is about achieving balance then perhaps as yogis, we can allow for the spectrum of styles and appreciate that because of all the choices, more people today are experiencing yoga than ever before. 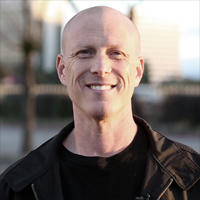