How I Discovered I Hate Babies. ~ Megan Hobbs 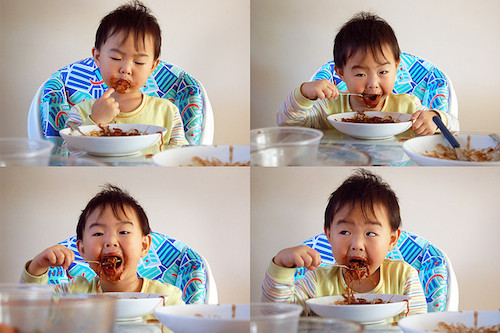 I am sure that title has you reaching for a pitchfork right now.

Bear with me and give me a few minutes to explain.

My husband and I have had a whirlwind romance since the first moment our eyes met. In the beginning, he was my boss at a dead-end cashiering job when I was 19 and he was 20. I had just moved to Washington from Florida and was a good looking, caramel haired girl with the flawless tan. He had the slim, easy grace of a man who didn’t need to work out to stay fit thanks to amazing genes and a college-student diet of Top Ramen and water.

We were head over heels instantly. Everyone assumed it would turn into a dramatic breakup that would tear apart everyone and everything around us—especially when we got engaged two months later. We were ‘too happy,’ according to some of our peers. We would ‘never last,’ according to others. Our parents (all three sets) thought we were insane. My father challenged us to move in together, snidely adding, “I bet you can’t handle each other in close quarters for more than a week.”

So we moved in together and we loved it. We thrived on each other. We weren’t PDA hounds and we didn’t flaunt our relationship in front of others, but we were inseparable. Even when we did different activities (his gaming and my blogging, or my gaming and his school work), we enjoyed being in the same room. We didn’t need to speak. We didn’t need to touch or kiss or any of the other typical ‘couple’ things; just being together was enough.

Naturally, we assumed we would be amazing parents. When we got married (after a two year engagement), we started trying for kids. After a few years of that, we discovered I couldn’t conceive. We were upset, of course, and I naturally went to the next option—fostering. After all, what kind of woman was I if I couldn’t give my husband children?

So we went through training—classes, course work, house inspections, background checks, our family history. It was intense and we both felt overwhelmed from the get-go… although, for the first time in our six-year relationship, neither of us spoke up about how we were feeling.

And so we trudged on through it all, until the night Anna came into our house.

Anna was seven months old and the most beautiful baby I’d ever seen. She could easily pass for our biological child with her fair skin, blond curls and big blue eyes. She was congenial and she latched onto my husband as if he were her own father. She laughed and giggled and tugged on his beard and pressed her face into his neck in contentedness. She reached for him after I bathed her and after I fed her. He was her entire world from the moment she laid eyes on him.

When we finally got her to sleep (after an hour of her frantic screaming each time my husband left the room), we sat together on the couch and looked at one another with scared, anxious eyes.

“I think she really likes me,” he said finally, but he didn’t sound pleased.

I nodded. “I know.” There were a few moments of silence before I finally said, “I thought I would care that she liked you better. Honestly, I’m relieved. I don’t think I could handle the constant attention she keeps demanding.”

He looked at me and I could see such hurt in his eyes. Something I had rarely seen. Then he said it.  “I don’t think I want kids. I don’t think I ever really have.”

I laughed, which startled him. “Me neither. I fucking hate babies.”

To which we both laughed this weird, anxious, relieved laugh. “Why are we even doing this?” he asked me finally, once he was able to stop giggling.

“I thought you really wanted kids.  And I always liked the idea of kids. Just not the actual, you know, kids.”

He nodded, and this time his gaze was full of embarrassment and wonder at the same time. “Why didn’t either of us say anything?  Over the past year of training for this very moment, why didn’t we speak up?”

“I thought you wanted babies, and you thought I wanted babies. So, us being us, we decided to put our own needs on the back burner and do something for the other.”

Silence. And then, “That was really stupid of us.”

Around that time, Anna woke up and began crying again. We went into the baby room, so painstakingly done up in a Safari theme with greens and browns and yellows. I looked at the elephant painting above the crib. I looked at the thousands of dollars we’d spent in hopes of having this very child in our lives. All for naught.

My husband held Anna and I held my husband and eventually we all drifted to sleep that way, piled up on our bed. Anna didn’t wake up until the case worker called me, bright and early the next morning, to let me know that a relative had been found and Anna would be picked up that evening.

We’re still reeling from how severely a baby changed our lives—and we only had her for a grand total of 18 hours. We aren’t writing off children completely. We’re just content, for the next five to 10 years, to be ourselves and be in love.  And that’s enough for us.

Except, I am pretty sure we’re writing off babies. They kind of suck. 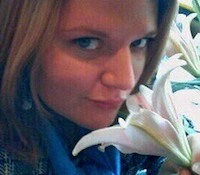