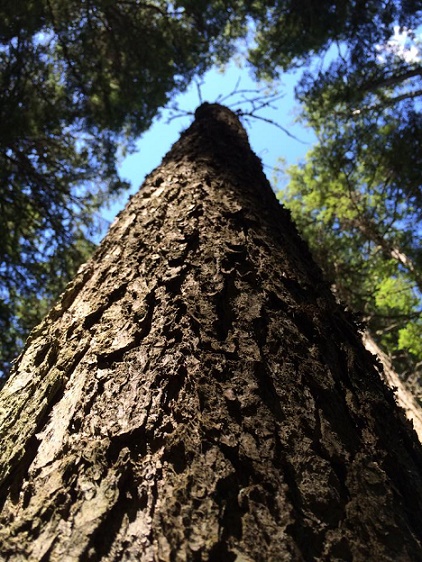 Sitting on a couch intended for comfort, yet providing anything but, I was at a crossroads.

It had been over a year since I had been attacked and I never thought that I would find myself here, in the police department, in a victim’s advocate room, being asked to call my rapist.

I remember the night it happened. A night that was insignificant to the world yet changed mine forever.

I had just moved to Colorado from the small Bible-toting town of Kalispell, Montana and I was eager to make new friends. Thinking that dancing was a good avenue to meet genuine people, I quickly engulfed myself in the swing-scene and was tossing and twirling away with new faces in no time.

He was so handsome at first. I can still remember the first time I met him, at a swing dance in Denver. We kissed and we danced and snuck away to the privacy of the basement. I thought I had found someone, someone to share my passion with, someone to make more passion with, someone who might become my passion. I was knee deep in the all the potential possibilities of new love when, two hours later, he told me about his girlfriend of four years.

Despite the obvious betrayal in trust of a new community and a new friend, I accepted this. I accepted that I had flirted and fooled around with someone who had a long-term girlfriend and that I would have to live with the fact that he was untouchable, unattainable.

It was a month after that when he called me.

He was drunk and in need of a place to stay for the night, so I extended the same invitation to him as I did to all my friends, a couch and a blanket, plus a pillow if you were lucky.

Without much thought as to what might happen the rest of the night, 30 minutes later he was knocking on my door. I showed him the spare bedroom and said my goodnights, but he had something more planned.

He came into my bedroom that night and lay next to me, quiet at first. I’m not sure if he meant to do what he did, but I suppose that doesn’t matter.

I suppose it didn’t matter to him that he had a fiancé, that he knew I was new to town, and that he was drunk.

I suppose I didn’t matter to him, my grievances made no differences, my pleads for him to stop were insignificant.

I suppose the only thing that did matter to him was my body. His unquenchable lust meant my demise and the next morning I was left cleaning myself off in the shower as he headed home to his fiancé.

I can’t remember what happened to this day.

The details of that night have been forever blurred in my deep consciousness, a little mercy from my mind. I didn’t know then, but I had been raped.

I thought it was just bad sex and faking orgasms was a normal occurrence.

I thought the feelings of shame and guilt would go away, but they didn’t.

I thought I would feel better after I had sex with someone else, but I didn’t.

Now I was faced with a decision.

I found out that he was on trial for another sexual assault, and I submitted an email to the A.D.A. to aide in his conviction. Upon receiving my email, a victim’s assistance detective contacted me and asked me to come in to talk with her.

I thought she simply wanted to talk over my email, to get the facts straight, and to ask me any questions she deemed relevant to support her case.

She did exactly that, however, she also asked me if I wanted to press charges personally. I hesitated. Maybe I didn’t quite hear her. Press charges? Open my own case? I had never considered this possibility. It is one thing to admit to yourself you have been attacked, it is another to press charges against your attacker.

Part of the process would include calling him. Yes, picking up the phone and hearing his voice for the first time in over a year and asking him if he raped me. They call it a “pretext phone call.” No guarantees after that. No guarantees that after speaking with him after a full year of healing that anything would come from it or that the case would even proceed. No guarantees.

So there I was, 19 years old, a victim (as they called me) sitting on a cold couch next to a stranger asking me to call my rapist.

I didn’t call him.

I made the decision right then, staring at the leather notepad in the stranger’s palm, that I wouldn’t and couldn’t call him.

I put aside the noise of everything around me—the pressure from the supposed advocate, the images of my mother in my head blaming me for being raped and the hoped-for applause of all my feminist friends who would urge me to press charges.

I cleared my mind of anything but what I needed in that moment, and I found that what I needed was to leave. I needed to stop being told that I’m a victim and that the only way to freedom was to make the call. I needed to get up and walk out of that dimly lit room and never go back.

With tears in my eyes, I thanked her for her time and got up and left and didn’t look back.

Some people may say that I let my attacker get away.

Some might blame me, saying that I allowed him to live in the freedom of all the wrongs for which he should be shackled. Yet, walking out of that room was one of the most liberating feelings in the world. I knew, in that moment, that I had made an intentional decision to live with what happened to me. I made a conscious choice to accept that I had been attacked and my attacker may never know or answer for it, but that was my choice.

In addressing a situation where my ability to choose was taken away from me, stolen from me, I made a choice, a choice that was irrefutably mine and right for me. And I’m still okay.

Each day I live in light of the white male privilege that surrounds my female-feminist-minority reality and I’m still okay.

With each whistle by a driver, each person that makes misogynistic comments, and every comment negating the pain of every woman, I am still okay.

I don’t accept it nor condone it, in fact I fight vehemently against it with every fiber of my being, but I choose to be happy in light of my reality and the possibility that I have the power to subtly affect it.

Maybe one day I’ll change my mind. Maybe one day I won’t be okay with what happened to me and decide to pursue charges, but even then it will be my choice.

For now, I carry on.

I carry on, not without pain and grief and joy and love and heartbreak and romance and friendship. I carry on in light of all that has happened to me and I choose each day to love life.

I choose to love. 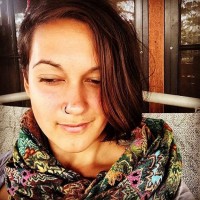