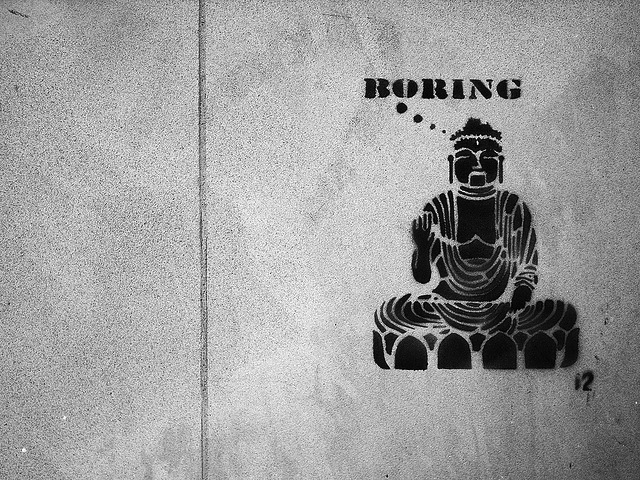 I hear the lines day in and day out, “I’m a diehard hiker,” “Some have called me a documentary fanatic,” “I’m such a sucker for behavioral economics.”

Out of paralyzing, deep-seated fear that we come across as intellectually un-stimulating, culturally backwards, or—god forbid—boring to our conversational partners, we invent the most fantastic stories about ourselves.

Truth: the fact you went hiking that day your brunch friend bailed, watched Food Inc. or Black Fish at some point in the past year, or read Malcolm Gladwell’s Blink when you were stranded in an airport does not justify incorporating these credentials into your self-concept.

Before you get defensive, be comforted that I’m guilty as anyone.

Sometimes, I find myself basing a lifetime of purported interests and hobbies on my flavor of the week. That podcast on sustainable farming I listened to on line at Whole Foods? Now I’m a local food advocate. The time I watched a TEDtalk on 3D printing? One sec, voicemail from MIT. That book of poems I picked up at the flea market last weekend? Call me Miss. Dickinson.

I’m not discouraging cultivation of a colorful and diverse range of interests. Play, explore, be curious. Wear different hats and see what fits. Try new things and see what sticks. And no, I didn’t intend for that to rhyme.

What I am discouraging is the gratuitous fluffing of feathers that comes from boasting about interests and passions that aren’t reflective of your time or energy spent. What I don’t condone is constructing a definition of yourself that’s based on what sounds cool and interesting rather than what you actually do and enjoy doing.

Lately I’ve made deliberate and mindful efforts to do some self-concept housecleaning. Holden Caulfield isn’t the only one who dislikes a phony. Having a fundamental understanding of why you shouldn’t fake it and determining what your claim to cool really is are key to shedding these faux layers.

Why It’s Best Not to Fake It

Others can see through it.

It’s kind of like the girl who refuses to be seen by her boyfriend without makeup. If you want a real relationship, the cover-up has to come off at some point. I get it—it’s titillating first date banter to talk about your love of marathons, foodie history and explorer tendencies. But when the fourth date rolls around and you’ve shown no signs of owning sneakers, stocking your fridge with food stuff beside ketchup or exploring anything other than your Netflix options, they’re going to catch on (and if they don’t, run…). Better to be honest up front. It requires a lot less backpedaling.

You can see through it.

Cognitive dissonance is straight up unhealthy—all day, every day. When you tell yourself stories you know aren’t true and construct personas based on your conversational partner rather than an honest reflection of where you are on your path, you risk as much intrapersonal damage as interpersonal harm.

As humans, we’re excellent at believing our own stories, and these seemingly benign self-lies prevent us from actually making ourselves more interesting people.

You’re disrespecting the ones who do the work.

This one’s simple. Don’t disrespect the people who dedicate the time and energy to the subject matter you falsely declare ownership over. We all have that thing we do, that area of devotion we’re protective over because we know how layered, how complex and how worthy of time it is. It sucks when as poser steps in and stakes claim of something they’re not entitled to.

What’s Your Honest Claim to Coolness?

What do you spend the most time doing?

What do you do when no one’s looking?

Just like the altruistic person who performs acts of kindness when they think no one’s looking, you can be pretty certain that activities performed without social media documentation, friends to please or attractive onlookers to impress come from a genuine intention. People who cozy by themselves up at the end of a long day to sink into an evening of jazz are probably not doing it to impress their cat.

What have you done with consistency, loyalty and passion?

Yeah, so your habits or patterns may not be perfectly stable over time. I went from a path as a neuroscientist to someone who still enjoys regularly reading neuroscience articles. I fluctuate in my writing habits, but it’s something I always come home to. I call myself a yogi, but only because I’m truthfully on my mat every damn day. If something sticks with you, there’s a good reason. So listen.

I defend sounding boring, if it means being honest. This doesn’t mean you have to be boring, but asks that you refrain from gluing flashy accessories to your self-concept for street cred. Become a more interesting person out of genuine intention, put in the work, dedicate the hours, and the bolstered self-concept and coolness will come—do it because you’ll be more interesting to yourself.

In the words of wise Ben Folds, “Smile like you’ve got nothing to prove. No matter what you might do, there’s always someone out there cooler than you.” 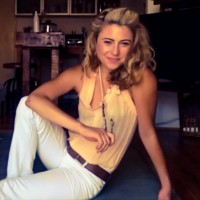 Health & Wellness,Love, Loneliness & Relationships. be who you are,boring,hobbies,honesty,interests,relationships Elephant Journal