The Grown-Up Way to Leave a Relationship. 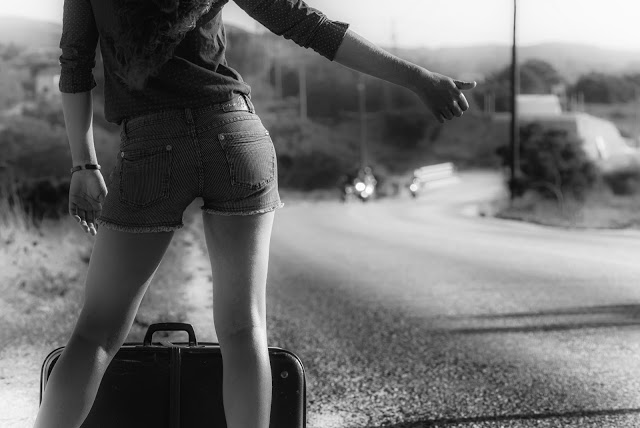 Last summer, I got a call out of the blue from a friend asking me if I would do him a favor.

Supposedly, his car was in the shop, and he wanted me to drive him to a mutual friend of ours. I agreed and arrived at the home he shared with his then-fiancee.

From the beginning, I thought something was weird. For one thing he had stuff with him-a lot of it. Personal stuff like luggage, musical instruments, etc. When I (jokingly) asked if he was leaving home, he replied that he was not. However, once we arrived at our destination a few minutes later he confessed that I had been right: he actually was leaving home and apparently, he had not told his partner he was leaving.

I did not ask many questions (I barely knew his fiancee, and I wanted to stay out of the drama).

However, the whole experience left a bitter taste in my mouth. Somehow, it just seemed wrong to leave in the manner I had witnessed. I also did not like the fact that I had taken part in such a thing although in all fairness, I had not been told the full truth at the time.

Still, the situation like the one above is far from unique. Since that episode, a number of people I know have shared similar experiences of either leaving or being left suddenly without advance notice. Lest anyone think I am talking about young people or relatively new relationships, all of these involve people like myself pushing 40 or beyond and all involved long-term relationships.

While granted there are a few situations where one should leave immediately (i.e., any cases involving abuse or threats against one’s life or safety) it seems baffling to me that someone would leave without so much as telling the other person that they chose to share their life with for a period of time. As someone who left a long-term, live-in relationship in my 20s, I can honestly say I would rather drill my own teeth than go through a similar experience again.

Below are some types for making this painful process a little less painful. While I don’t pretend that this will lead to an easier break-up or will result in little or no bitterness, at least it can go a long way in preserving both parties’ dignity.

Here are four steps to make leaving (a little) easier:

1. Set aside some time to tell the person you are leaving.

While it’s understandable to want to “bite the bullet” and get it over with as quickly as possible, it is not the time to tell them when either of you are in a rush.

In other words, do not do it when either of you are on your way out the door to work and please, do not do it via a phone call or text message. Tell them face-to-face. We truly owe it to them to at least do that.

2. Work out any lease issues, rent issues, etc. before you have the big conversation.

These will inevitably come up, and it’s better to work this stuff out well before we pack up our first moving box. Chances are, your former partner is going to be upset and stressed out by your leaving. The last thing they need is to worry about the financial implications.

First of all, check your lease agreement. Figure out how much you owe. As the rental office or management office if it’s okay for someone else to take over your part of the lease if/when your partner gets a roommate.

When you have the big talk with your partner, let them know how you will honor your part of the rent. Don’t just say, “I intend to pay my share”, but rather, leave a check or say, “I will have the money I owe three days before the end of every month.” The more specific, the better.

3. Give an exact day and time of departure.

This should go without saying but I am included given the number of stories I heard where this wasn’t the case.

Much like the example above, the more specific the better. The other party can make arrangements to be gone or be there if there are community property pieces which there may be disputes about as far as who gets them.

Also, it’s probably best to make arrangements to stay with a friend or at a hotel until the day of departure. Spending time under the same roof with someone we know is going to leave us brings a whole new definition to the word “awkward.”

4. Get all possessions out in one go if possible.

The only thing more depressing than returning to an empty home or apartment we used to share with a loved one is returning to an empty home and seeing the visual reminders they used to live there in the form of their books, clothing, furniture, etc. Also, even if it’s not the intention, it can give a sense of false hope that they may return. (On another note, it’s probably not in anyone’s best interest to return weeks or months later to the home they left and be reminded of memories of living there.)

Get it all out in one go. The sooner you can move on in every sense of the word, the better for all parties involved.

In conclusion, leaving a relationships is hard no matter what, but it isn’t necessary to make them harder than they need be.

This is one instance where we need to put on our big girl or big boy pants and face the music head on. Despite how over the relationship we are, despite how good the reasons are for leaving, etc., it isn’t necessary to purposely hurt or distress another person especially when it is one who played an important role in our lives for a lengthy period of time.

In the end, trying to leave with some dignity intact not only preserves our own but also theirs.