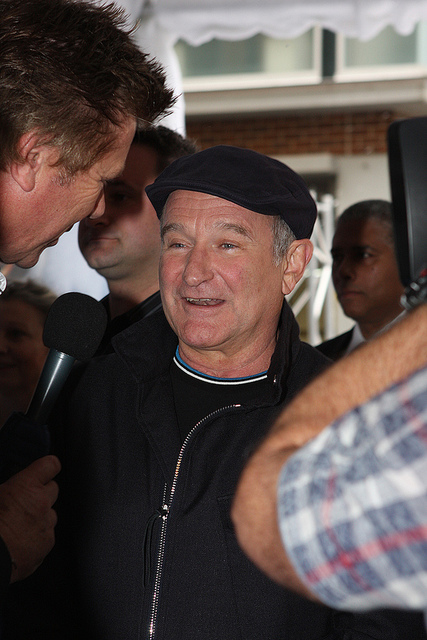 To my mind, there are but a precious few moments in the history of film that genuinely spread the human heart open wide, bare and raw.

The biggest moment for me is in the final reel of Harold and Maude, when Harold, incredulous at Maude’s suicide in progress, explodes with a heartrending admixture of anger and despair, a primal scream from the very bottom of human anguish: How could you do this? I love you!

Maude’s response, delivered ever so gently and with a light touch of the fingers, is the perfect summation of the movie’s theme of the generational handing down of the torch of love: “That’s nice Harold. Now, go and love some more.”

For many, an equally large-hearted cinematic moment is the Meisner-inspired, “It’s not your fault” lines in Good Will Hunting, delivered with the same delicacy and light touch of the fingers by the late Robin Williams. How many millions of people around the world, their hearts punctured by childhood abuse or some other life event that shattered their innocence, were able to live life a little more happily, a little more lovingly, after experiencing that cathartic scene?

For this, we handed this Titan of acting our highest award of praise, a golden statue, in a ritual in front of the largest global audience we annually assemble.

We all knew he had at least one more glorious late-career film in him—his On Golden Pond or Harry and Tonto, the actor’s equivalent of writing The Tempest or Parsifal—but instead, we are left with the task of trying to make some kind of collective narrative sense from this sudden, hard-hitting tragedy.

I don’t think we mourn the loss of his maniacal humor genius as much as the loss of what his son Cody called his “kind, gentle, and generous nature.” We could easily see these traits in interviews and on talk shows. We didn’t need to ask around; we all know a pure-hearted person when we see one.

We knew he was the real deal.

He wasn’t another Hollywood asshole, minted from that well-worn mold of phoniness. Robin Williams truly cared about other people in a big time Bodhisattva way, and from Comic Relief to tours in Afghanistan, he used his fame and fortune to give, give, and give. We would be generous like that if we ever became rich and famous, we tell ourselves, and in this sense he was our proxy.

And so his final act, his final scene, rips our hearts right out of our chests like some kind of Aztec sacrifice, where we have to live on with the knowledge that the kindest and funniest soul among us couldn’t take it anymore, that the sorrows of his internal life were bigger than his gigantic heart.

The mid-career, over-the-top, sentimentally schmaltzy movies that this hairy creature from outer space made are almost unwatchable by our jaded hearts. I think the utter corniness of these films is the flip side of the coin of the all-prevalent violence of modern life, with its pain so great that in order to hold up the banner of love he had no choice but to wear his naked heart on his sleeve balls out, with genuine honesty and courage.

You got the impression from his standup and interviews that current events were important to him, that he was paying attention, that he knew the score, simply: the barbarians are at the gate. It’s that time of history again. And for those who stare into the dark abyss of this week’s child beheadings, mass crucifixions, summary executions, heads on pikes, civilian bombings, murderous rampaging racist cops, etc., it can all be too much.

And to add insult to injury, we are forced by the media powers that enslave us to look at everything with disdainful, ironic eyes. David Foster Wallace had our number too, and he also used a maniacal torrent of words to try to dam up that creeping fog of darkness, to keep the specter of self-destruction at bay, to silence the increasingly louder pounding on the door. But despite the outpouring of words, neither man could stop the darkness. Both were swept away.

People who have fallen from great heights and survived often recount that they don’t remember anything after a certain point, as if the mind shuts itself off and says this is too unbearable for you to see.

For most of us, we don’t see the abyss of depression directly, we do not experience the cutting contours of its horrors. For others, the darkness knows them well enough to call them by their first names.

I think The Fisher King (my favorite of Robin Williams’ films) is the most perfect reflection of this internal state. Everything you need to know about the why of madness, about what the depths of depression feels like, is in there.

It’s a front row seat to watch an actor expertly guide you gently and lovingly by your hand through the senseless horror, the maniacal search for redemption, and the final breakthrough of somehow figuring out how to make it alright, even though it’s not.

It is the hallmark of our age that we suffer a near-complete absence of Art in our daily lives. Who knows of philosophy, painting, poetry? Anyone? Is there any public discourse other than economics, house prices, divisive politics, celebrity, pornography?

Robin Williams was an artist not just of acting and comedy, but of Life. His comedic genius was infectious, and his stand-up progeny are many. Among the best—Russell Brand, Dylan Moran—the maniacal existential torch has been passed, has been kept alive. But ever more importantly, the example of Robin Williams’ generosity lives in all our hearts.

That’s what everyone is talking about. That was his true Art. Is there anyone in San Francisco who doesn’t have a story about the time they met Robin Williams and how he said or did something wonderful for them?

It is seriously doubtful.

How many opportunities do we have that we miss to touch each others’ lives, both emotionally—with simple gestures of kindness—and physically—ever so lightly, to simply hold someone’s hand in their time of need? 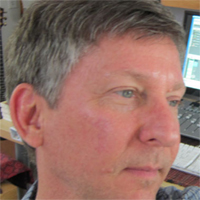