Why did You Leave Me? 3 Tips for Getting Over Abandonment. 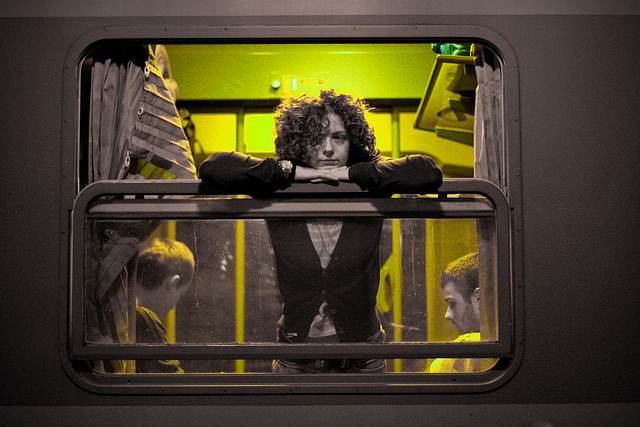 Ask any group of people what their greatest fear is and chances are good that at least a few will say being abandoned.

Growing up with a father who was largely out of the picture by his own choice and then having a serious relationship in my 20s with someone who, without warning or reason, ended our relationship over the phone, I know what it’s like to feel abandoned.

Even when relationships end properly—there is some sort of closure—we often feel that important things were left unsaid or certain things were never resolved. With abandonment, it’s even worse because there is no closure.

Sometimes, if the abandoned person was able to have a final meeting or talk with the other person, it did not end well. Usually, the former was looking for something that the latter was unable to give: the acknowledgement that their behavior hurt them or that they acted wrongly in the first place.

(In one case, a woman I know confronted the man who left her while she was pregnant with their child, and all he did was convince her that she was in the wrong for having a child he did not want.)

Getting over abandonment is difficult and may require the help of a professional therapist. However, there are a few things that we can do to help us cope.

In no particular order, here are the things that I and others I know have found helpful in our respective healing journeys:

1. Start by asking ourselves what we desire.

Forget the real world for a moment and picture the outcome in an ideal world. Do you want that person to admit that they were wrong? Do you want them to say they felt pain and guilt as a result of their actions? Or perhaps you’d like to know that someone did the same thing to them.

Now, picture what you would do afterward. How would you feel? What, if any, effect would this have on your present life?

Sometimes we are so attached to wanting something that we don’t even know what we would do if we got it.

If the answer is, “I just want closure,” then maybe it’s time to define what closure really is. Often, it isn’t about getting loose ends tied up in neat, tidy packages. Sometimes, all it means is an ending.

2. Think of the positives or unexpected blessings of not having that person around.

It’s easy to mourn the things we have lost as well as mourn the lost possibilities when someone abandons us. However, in some cases the abandonment may be a blessing in disguise.

In many cases, people who abandon us have a pattern or history of abandoning other people. For instance, in the situation I mentioned above where the woman was left by the father of her child, she later learned that he had done something similar during his previous marriage. While it hurt horribly at the time, she later said that least it was better he left her when he did rather than have their child form an attachment with him and then have him leave.

Likewise, when my father decided to come back in my life, I suddenly was faced with all sorts of problems and drama that I had never had to deal with before. The truth is that the years he was not in my life had spared me from that.

Most clouds, even the darkest, come with a silver lining. Sometimes they can be hard to see, but often they are there if we look hard enough.

3. Remember that it really isn’t about us, but them.

It’s normal to want to blame ourselves and play the “If only” game—If only I had been a better daughter/partner/person. However, people who abandoned others have their own issues which usually have nothing whatsoever to do with us.

Truly nice, responsible, mature people do not abandon committed relationships or their children.

Sometimes what we mourn is the image we held of that person and not what s/he was actually like. Going back to #2, sometimes when a person checks out of our lives, it can be for the best in the long term.

In closing, being abandoned can feel like the end of the world, but it need not be. Sometimes, it can cause us to call on all sorts of strength and reserves that we never knew that we had. Also, when it is all over and done, we may come to value the people who remain in our lives even more.

Lastly, when we find ourselves in that situation it’s important not to abandon all hope or supportive people. Those  really are the things we need the most.