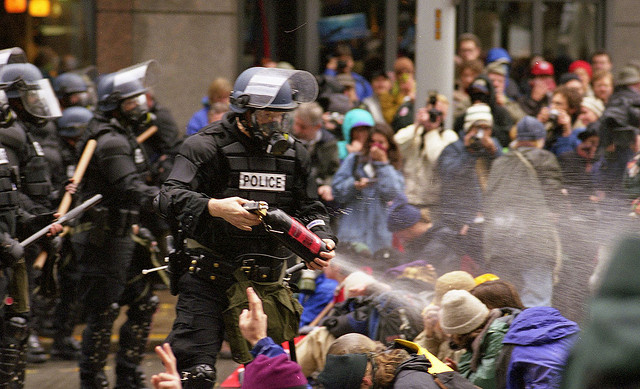 Not liking police officers is easy.

Most of us have gotten caught speeding, busted running a stop sign or had some other unpleasant experience with a police officer.

Like when I was 16 and broke into the community pool at two in the morning—got busted in my underwear! Or the time I got a speeding ticket and my in-laws drove by as he was handing it to me.

Recently when my husband came home late from work, I didn’t check his collar for lipstick. I checked the news to see what may have happened, and then I braced myself for where his mind might be as he climbed into bed at 3:30 in the morning. He was late because two of his fellow officers had been shot.

My husband is a cop. And yes, sometimes he’s an a-hole, but not for the same reason you think he is. Here’s why.

1. They don’t take it personally.

In 2010 when my oldest son passed away, my husband and I were greeted by a police officer who had to deliver a message no mother wants to hear. This man’s face is burned into my memory for the way he graciously handled this situation, equal parts professional and compassionate care-giver.

Less than three months later, still heavy with grief, my husband had to show up at another mother’s house in the middle of the night and deliver the same news. I’m sure my husband’s face is burned into her memory in the same way I remember the officer that spoke to me. I am confident that my husband was professional and compassionate, but also deeply saddened knowing first-hand what her future held.

During that first year after Brandon died, my husband also went on calls where he was told he had no idea how hard it is to be a parent. Little did they know he had helped raise three very rambunctious stepsons.

Unlike many jobs where you get to have pictures of your family at your desk or cubicle, cops have to disconnect from what they love most so that they can give 100% to the people that need them.

Most police officers are family men with kids and have a deep sense of family values.

2. Your speeding ticket is the highlight of their shift.

Most officers, including my husband, don’t really like pulling you over for your burnt-out headlight or because you were speeding, but this is part of their job.

The other part of their job is to show up to a call at two in the morning where small children wander around while the parents shoot up meth, cocaine or drink alcohol and scream obscenities at each other and often the kids. Assuming the adults in the house are actually the parents and not some “responsible” adult left in charge.

They remove children from horrible situations and sit with them until social services arrive. They show up to domestic violence situations to hear the woman explain how she doesn’t want to press charges against the man that just beat her. They drive a homeless mother and her children to a safe house for the night, wishing they could do more.

Or in the recent case of my husband, when his co-worker was shot, he saw firsthand how a bullet can shatter bones and shred soft tissue.

They see humanity at its worse and it is quite possible that your burnt out tail light was the first call after wrapping up something you wouldn’t want to bear witness to.

So if the officer is short with you or seems unrelenting remind yourself you are probably the highlight of his day (or night).

3. But words will never hurt me.

My husband is humble by nature and doesn’t say much about his job. However, he once said something that has always stuck with me. He shared how tired he gets of being told he’s an a-hole, of being accused of ruining someone’s life, being called a “pig,” and whatever else people think they are entitled to say to an officer.

Imagine going to your job every day and everyone you interact with tells you that you suck at your job and basically unloads all their anger at you.

These guys and gals go to work every day knowing that they will be verbally assaulted for the majority of their shift.  They also know they may have their lives and the lives of their families threatened.

So, the next time you feel compelled to give that officer a piece of your mind about your speeding ticket, remind yourself it’s probably not the first time he’s been yelled at that day.

Yes, it’s easy to think cops are a-holes, but if we’re going to live a life of compassion we need to value the sacrifice these men and women make, and rise above the simplicity of following the herd in this belief.

The majority of officers practice ahimsa, non harming, as much as the most dedicated yogi, he just isn’t wearing Lululemon when he puts it into practice.

I never planned to be married to a cop, but I also never thought I could be so proud or filled with love for someone who is an a-hole sometimes. 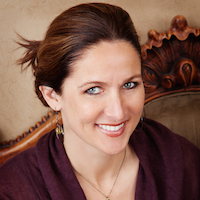