I’m going to go out on a limb…

I don’t think of being a mother as a job.

This past Mother’s Day, it occurred to me that I might be quite alone in this. In our society, it is important for everyone to feel like they do a hard job and are rewarded adequately for said job. The reward for mothering is apparently a child’s graduation from high school or college and Mother’s Day.

I like Mother’s Day. Mostly because my husband, John, cooks steaks and I get to eat bagels for breakfast, but really, the whole thing seems a little silly to me because I don’t think mothering has a finish line.

Frankly, I don’t think raising kids is really all that hard—provided we have the right attitude and a little bit of help. Now, there have been times in my life when providing just the basics for my kids was hard—like that time I lived in my car.

I’m not saying that parenting is free of challenge.

Some time, I’ll write about my oldest son and the challenges we faced with him during his teen years! However, calling mothering—or even parenting—a job, denotes a couple of things: First, that children are viewed as some sort of task that need to be dealt with every day; second, that the “job” will be over at some point. For those who are struggling to put food on the table or are sleeping in a shelter or car tonight, you know that it’s not the parenting that makes the struggle—it’s the struggle itself.

I have struggled often in my many years as a mom.

I have had to shift from saying “no” all of the time and being a control freak about everything from food to play time and start learning to “yes” much of the time. I believe that the trouble my oldest child had was caused by my need to hover and control things when he was young. My younger children have certainly benefited from the fact that I’ve learned that they aren’t a task I must produce, but rather people who I enjoy being around. I like to think of myself as, instead of a “teacher” or “worker,” more of a guide to this crazy thing called the world.

What’s interesting, is that the more I’ve let go of the little things, the closer I’ve been able to get to my kids. I have watched my younger children become confident, more imaginative and more self-directed than my oldest child ever had the chance to be.

I have learned to treat my children as I would treat other people who are in my house.

Would I yell at someone else for spilling milk on the floor? Of course not. Would I get mad if someone interrupted me to go to the bathroom? Certainly not. If a guest or say, my husband, said he wanted to watch a movie instead of reading the book I suggested for him, would I get pissed off? No. I would respect that decision.

It makes me so sad when I hear someone say they constantly want to rip their child’s head off. Really? Why? Backing off can be a wonderful experience no matter what the age of the child and if you are really getting that angry at a child, then maybe you do need to step back and figure out why. I have not been overwhelmingly angry at a child in many, many years. Why? Because most of the stuff doesn’t matter. He didn’t clean up his toys? Oh well, let’s do it now, together. He didn’t like his dinner? So what. Let’s make something else. If I don’t like my dinner, I don’t eat it. Why should my kid have to?

I’ve learned to respect my children’s decisions as well, while always taking into account that their age and whether or not some things (books, movies, games, foods, etc.) are appropriate.

It’s not been an easy road and I wish I had learned to let go of a lot of the fluff of control-freak parenting earlier than I did; I’m glad I finally did. Being a mom is just who I am. Just as I am also a writer and a knitter of scarves that are too long—neither of which I consider to be jobs, although both require a vast amount of work sometimes.

Also, I think the vast depth of my feelings for my children cannot be belittled by calling mothering a job. Mothering is so deep within me, so deeply a part of my soul that merely calling it a job seems to equate it with the jobs I had waiting tables or being a tour guide at Ben and Jerry’s. It’s hardly the same thing. 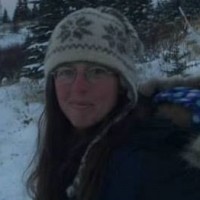