Through the Summer of Hate, the World Keeps Spinning. ~ Theo Horesh 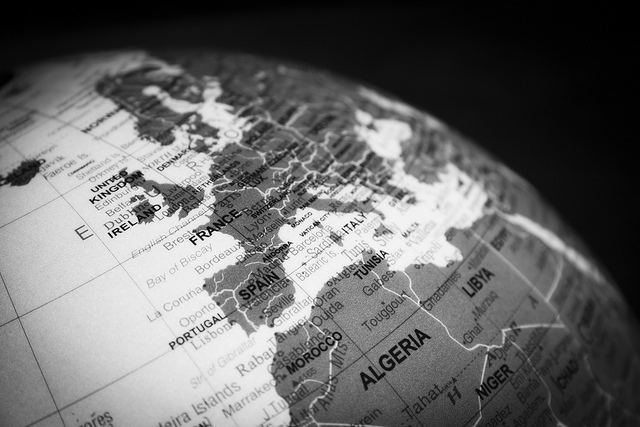 It can sometimes seem that events over the course of the last few months will make future generations look back on this as the summer of hate.

The Israeli attack on Gaza has been devastating.

The Assad regime in Syria has been accused by one State Department official of carrying out a genocide of Holocaust proportions.

The protests in Ferguson Missouri have brought extreme racism into the open in a way Americans have not experienced in perhaps a generation.

And then there is the Islamic State in Iraq and Syria, whose videos of mass murder leave us stunned and haunted by the prospect of human evil.

It is possible that few of these events are related. The human mind has a way of seeing causal relations where none exist. And we tend to seek out patterns as a way of finding order amidst chaos. Perhaps events this summer have been just bad enough for us to begin looking for some sign that the world is falling apart. Certainly, the Islamic State militiamen seem prepared for an apocalypse.

But then again, genocidal actions tend to be a reaction to the perceived threat of genocide. The Islamic State grew in strength as the Assad regime stepped up its besiegement of Syrian cities. And the Israeli assault on Gaza has been justified as a response to the genocidal language of Hamas.

Meanwhile, Americans look out and see a much more dangerous world, and this collective experience can set police on edge. Perhaps we are all being brutalized by the violence to which we have become witnesses, and this process of brutalization is fueling more of the same violence in a sort of vicious circle.

But the world is far too vast to take in at a sweep. There is too much to know, too much to see, too much to comprehend for us to ever make sense of it with the same fluency with which we might come to know the nations of our birth.

Rather, it is something with which we become acquainted only in flashes. And this makes it easy to jump from one abstraction to another—the destruction of the rain forests, the persistence of world hunger and the intensification of climate change can thereby appear to us a sign that we can only look forward to a future of destruction.

But then there are the optimists who look at the world and see everywhere levels of education rising, the lot of women improving, the lifespan lengthening and the number of democracies growing.

Because of its size, comprehending the world as a whole requires that we track more than just a few major trends. But since few have the time or patience to do so, our understanding tends to fail us when making a judgment about where the world is heading.

But then we must somehow make sense of the perception that says ours is the summer of hate. Perhaps it is just a consequence of having focused on certain events. The Islamic State videos are quite stunning, as is the footage from Gaza. Many of us began the summer never having seen an actual beheading only to end the summer well accustomed to the sight.

My Facebook newsfeed has become a phantasmagoric theatre of dissevered limbs and crushed skulls (perhaps your friends have stuck with kittens). And all of this can be quite mesmerizing and entrancing.

And however much our chests may tighten, each of us keeps on breathing. As summer passes into fall, as the advance of ISIS is halted and Israel slows its assault on Gaza, we are left with the same bewildering set of global trends. Education levels and temperatures are both rising. The area of rainforest cover and tropical diseases are both declining. The rights of women and the wrongs of police power are both increasing.

And everywhere, people are a strange admixture of cruelty and kindness, empathy and hate.

The point is not to collapse the complexity of the world into trivialities. Nor is it my point to draw some conclusion as to where it is all heading. Rather, my goal here is to get you to step back and ask questions, to catch your breath and re-evaluate the issues that truly matter, to bring proportion to the most magnetizing events so that you might bring greater attention to the most important trends.

It is time to collect ourselves—always time to do so—and take this opportunity to ask which issues matter the most and which actions will make the greatest impact.

While we may never be able to take in the world at a sweep, we can always get a little closer to a comprehensive view and that wide angled lens can guide us to what matters.