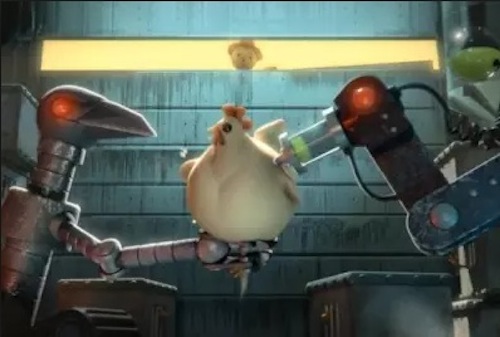 Or what I call FOMP. Fear of missing pizza.

For quite some time I was avoiding taking the plunge from omnivore to, well that was my problem. I knew that the junk that the industrial food chain was pumping into the processed foods I ate was killing me.

I knew corn was the king of food and basically comprised everything I ate. I knew that this meant the animals I ate were really just providing second-hand nutrients from the corn, making their already inhumane treatment unnecessary; I could go straight to the source and just eat corn, sans torture.

I knew that the food I was eating—even the certified organic kind—was coming from hundreds, even thousands of miles away. And I knew that all of this information contributed to economical and environmental injustice. It also put my personal health at serious risk.

What I didn’t know was a solution.

I’d heard vegans didn’t get enough nutrients to survive, but then again, I’d also heard that anyone who eats animals in any way couldn’t consider himself or herself an environmentalist.

Then there was the matter of money; could I even afford to eat consciously?

And what about socially; was this the end of eating out with friends, grabbing a spontaneous bite on the go, getting my fill at potlucks? And the most unyielding, worrisome quandary: what about pizza?

Homemade, day old, frozen, gourmet or New York style, I’d eat any and all of it.

I’m sure you know someone who has a similar passion for pizza—so I won’t get into it—but in short, it is my absolute favorite food and something I spend probably 10% of my day thinking about.

As I suppressed any idea of parting with pizza, I focused on the rest of my diet. I knew meat would be easy to give up, at least red meat. I’d never been a fan and somehow never cooked it correctly. I liked the taste of chicken but after reading horror stories about what happens even in the free range factories—beak removal, self mutilation and premature slaughter—I’d lost my appetite.

The real challenge for me would be cheese. And that melted, molten layer with a few slightly burnt bubbles encasing herb sauce and doughy crust—I wasn’t sure I had it in me to completely give up on dairy after it had provided so much joy in my life.

But, if I was going to take the vegan nose-dive, I’d have to do it all the way and commit for life—this was a choice based on ethics, not diet—otherwise I’d be a hypocrite, right?

For weeks I went back and forth between veganism being a great idea or one that would trap me to the point of either insanity or failure, likely both. Finally, I sought out the advice of a friend who was a former vegan and now a vegetarian/pescatarian. You’d never know she followed a certain diet because she never mentioned it, never shoved it in your face and never used it as an excuse or exception.

I respected her for that and knew she’d be perfect to help turn a radical change into a smooth transition. Oh, and she was known for being, maybe even more obsessed with pizza than me.

For her, being vegan was all about diet; she thought it was the healthiest way to live and ate a lot of vegan food already, without trying. She knew fully committing would help curb the snacking and over-indulging that made her gain weight.

Things were going well for her for a while, and she’d compiled a hefty, impressive collection of vegan recipes that satisfied almost every craving—almost.

But, alas, she missed pizza too much.

Eventually she realized that as important as her commitment to her health was her happiness, mental health was a portion of that. She felt like she was betraying them. The thought of spending her whole life governed by a set of rules she placed on herself—rules that deprived her of simple pleasures—was not a whole life.

So, she stopped proclaiming veganism. Now, when asked, what are you she replies,

It was this mantra of hers that helped me realize my misconceptions, roadblocks and goals.

I want to eat healthier in general.

I want to eat food that is as locally-sourced as possible, and that supports local businesses.

As much as possible, I didn’t want to eat meat.

I want any animal or animal product I eat to come from an animal that has lived a long, care-free, humane life where they weren’t force-fed anything against their natural diet, weren’t treated with hormones or preservatives and were humanly slaughtered, preferably on-sight and by hand,

I want to eat produce that was free of GMOs, fertilizers, pesticides and preservatives.

I want to enjoy everything I eat, all the time.

I don’t want to burden anyone with my lifestyle.

I don’t want to be mocked or judged for my lifestyle.

I realized that what was preventing me from actually switching my diet was a fear, not necessarily of what I would miss but how I would be punished if I slipped. I planted the idea in my own head that I had to choose a title and define my life by it. And if I didn’t then, well that’s when I realized, then nothing.

There were no food police out there, ready to shame me if I decided that I wanted a cheeseburger. There was no angry pack of hippies lurking behind every corner waiting for me to tell my friends I’m a vegan and then call me out as a fraud.

There was just me: my knowledge, my health and my happiness.

And I decided that if I am going to be happy and live my one life to the fullest, it would be with a slice of pizza in hand and that this didn’t make me a bad person. Because if I stuck to and enjoyed a conscious diet of healthy, humane, local food, allowing myself to indulge when needed, I would be doing a lot more good than not trying at all. 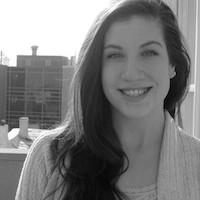