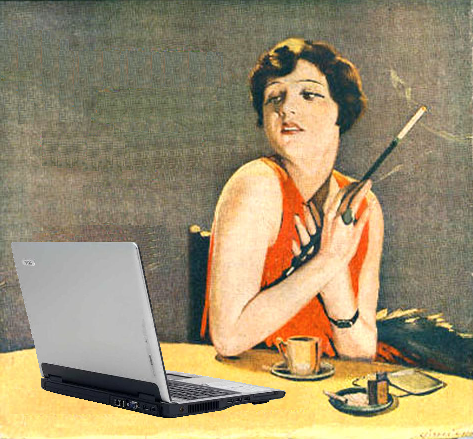 I would like to know in what world is it a bad thing to be educated, driven, focused and have high-self esteem?

Oh ya! The world of dating.

Seriously, I think the key to dating is low-self esteem. It is not giving a shit about someone’s drug habit or joblessness. It is shacking up before settling down. And as comedian Dane Cook said, “The tards are getting married on the front lawn and I’m still f’n single.”

So that brings up another point, why is “being single” such a shit show? Why is it that being in a relationship is liken to being concentrated in the Catholic church? Oh, ya! It is because of Catholic guilt and religious prejudice that I feel like a wretch of a woman for making it to 35 and not having any kids, a husband or some type of Unisef job.

I guess I’m too legit to quit—Hey hey.

I’m too legit to give up on my dreams and my life purpose to pervert it into codependent behavior and sell my soul to save a man’s sorry ass.

Do I sound cynical? You bet I do and this is why: I believe incubators trump inseminators.

I think that since women bear the responsibility of child labor (yea, I’m using this card) that the least a man can do is step up his game, cross the room, and make first contact. Granted internet dating has made things a little weird. I mean, there is no room to cross and when people hide behind a screen they tend to go straight for the jugular, “Nice profile pix…wana fuck?”

No! Gateway to heaven denied!

And I’m not making this shit up. I literally had a guy from an online dating sight that I was on (for the whole of a month) tell me, “I could go for a nooner.” To which I replied, “Um I’m not an escort. If you are looking to hit it and quit it, I’m not interested!”

And he said, “Well if it fun why do it just once?” And there is more! He asked me if I had blood running through my veins.

This is what I mean. Somehow because I want intimacy and don’t want to just bone, I’m a weirdo. To be fair, us women do the reverse of this to men all the time. “He’s just emotionally unavailable.” Yeah, he is a man. Duh.

Go ahead and get mad at my stereotyping. This is what we have come to in 2014—there are men’s reeducation classes teaching men how to be men again. This might be happening because women became men and then turned men into women? We are gender-confused, bi-curious, lost and looking around at what everyone else is doing to see if we are doing it right—human beings.

Fact: There is nothing wrong.

You are where you are and I am where I am. If you look back in your day planner from 1999 I bet it didn’t read, “In five years from now fall in love, have it go to shit and then hate myself for it.” Or “Get a great job and have to leave my family behind to work long hours so we can afford our overpriced home.” In other words, we can only plan so much and humans need certainty as much as they need uncertainty.

If you are not growing you are dying—zombie.

Brass tax: Relationships are volatile. Falling in love is a biochemical hurricane.

I had a girlfriend tell me after her break-up, “I just want him to know how awesome I am.” Without her saying it I instinctively knew what she was actually saying was, “I just want my ex to be so inspired by my awesomeness that he will change into the man I need him to be so that I don’t have to sleep alone anymore.”

We cannot calibrate our lives in a way that makes another person want to do, be, or have anything more than what they are ready for. So, maybe it isn’t low self-esteem that is running the show. Maybe it is lack of belief that we can be who we say we are, grow out of that, not make it important and just keep trying.

Author’s note: If I offended you, awesome. I hope that makes you look at yourself. You’re welcome.