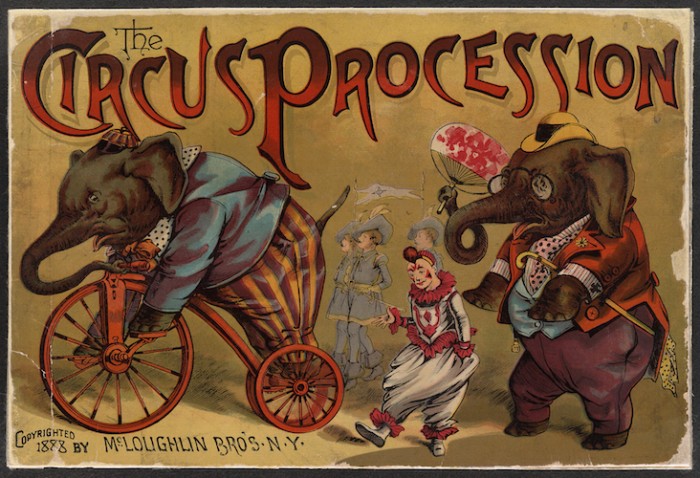 God created us in this world with the hope that all of his creatures would live together in harmony and love.

All creations of God are supposed to live freely, following their life’s purpose—the reason they were brought into this horrifying world—and to leave it peacefully in their natural call and time.

Recently, the world has witnessed changes to its environment, resulting from the negligence and ignorance of one of God’s most promising creations—human beings—or a term that might be more appropriate is oblivious beings. Everything that is happening to our earth, from climate change and the strange related behaviors, are nothing but a reaction to human stupidity and greed.

Endless examples of how nature is being treated, on land, in waters or in the sky—are that the sky is no longer blue nor the seas clean, trees are being chopped and air carries amounts of pollution that our human lungs cannot handle.

I do not believe that humans are the elite of creation—by mere fact of our brain capacity—rather, as I see the world now, I think we are at the bottom of the chain.

Nature and its reaction is nothing more than a simple rule we all know and use: karma. It is clear, now that our actions have been surprisingly shocking and significantly unpleasant—might I even say evil—that the most beautiful and peaceful of God’s creations are responding with ire and rage.

It is not the nature I am worried about now, as we all know how fierce it can be and how its punishment can be deadly for tiny creatures like us. My entire fear is focused on animals. Will there be a time wherein animals punish us as nature is doing?

Will animals unite and deliver the karma on us that we deserve? I don’t know, but we all have to admit and be sure that no bad deed goes unpunished. We live in a world where everything is connected and related, and surely bad actions are served with justice. So let’s hope we live long enough to repair the wounds we are responsible for, before it bites us in the ass.

We live in a world where animals are treated as a tool for amusement and entertainment. In truth animals are supposed to be living amongst us in peace, where we would be protecting them and properly enjoying their presence as they are indeed one of God’s gifts.

Animals aren’t actors, creatures to imprison and look at, or circus clowns. Yet thousands of animals are forced daily to perform silly, confusing tricks under the threat of physical punishment. Carted across the country in stuffy boxcars or semi-truck trailers, chained or caged in barren, boring and filthy enclosures, they are separated from their families and friends — all for the sake of human “entertainment.” Many of these animals even pay with their lives.

Animals are protected by Law. However, a law is only as good as its enforcement, and that’s why animals rely on you to protect them by reporting animal abuse. Lots of examples exist regarding animal abuse that need articles written and media to shed a bit of light on, so that people can be aware of what’s going on. Here are some examples of animals that suffer mental and physical pain all over the world:

One of God’s most beautiful creations, but sadly, treated like sh*t. It is important to note that elephants are highly endangered. There were once millions of African elephants who roamed the entire continent. Now their numbers are estimated at around 300,000 and mainly found in sub-Saharan Africa. The Asian elephants are even more critical. Its numbers are down to only about 30,000. There were at one time millions. Why is all this harm being done to a beautiful and highly endangered species? In order to train an 8,000–11,000 pound animal to perform tricks seen in circuses such as headstands, tightrope walking, roller skating and the like. It is often, and falsely believed, that the fierce application of cruelty is required.

Physical punishment has often been a standard training method for animals in circuses. Elephants are sometimes beaten, shocked, and whipped in order to repeatedly perform the routines of circus performance. The Animal Welfare act (AWA) does not prohibit the use of bull-hooks, whips, electrical shock, or other such training devices. “A bull-hook is basically a hook (usually bronze or steel) which is attached to a 60-90 cm handle. The hook is inserted into the elephant’s sensitive skin, either slightly or more deeply, to cause pain and force the elephant to behave in a certain manner. The elephants are beaten by several people for up to 15 minutes at a time with bull-hooks. Did you know that an elephant’s skin is almost as sensitive as humans? One can just imagine the torture this entails.

Although loss of natural habitat is an important consideration, the main threat to rhinos is poaching. Rhino horns are a highly valued component of traditional Chinese medicine, practiced in China, Vietnam and other parts of East Asia. Hundreds of rhinos are killed illegally for their horns every year. All five species of rhinos are threatened with extinction. Africa’s Black Rhinos are critically endangered, with a population under 5,000. Also endangered are the One-Horned Rhinos of India and Nepal with just under 3,000 remaining, while only hundreds of Southeast Asia’s Sumatran Rhinos and tens of Javan Rhinos remain. These numbers are categorized as critically endangered. The most prevalent rhino is the Southern White Rhino with around 20,000 existing, the majority living in South Africa.

Remember Free Willy? At SeaWorld where whales, such as, Orcas and dolphins are held in captivity in tanks, they are unable to swim their natural amount of 100 miles per day freely. Their imprisonment at SeaWorld is a bathtub compared to the vast waters of their true home in the wild. Just imagine being confined to living in a bathtub..

Since the whales and dolphins are held against their will in enclosed small areas, many form incompatible relationships. As a result, injuries and deaths occur in this not-so-fun family park. Orcas are one of the many examples of the cruelty that takes place at SeaWorld for entertainment.

It doesn’t end here. Whereas exotic animals aren’t the type we see daily, it may be hard for some of you reading this to relate. But think as well about other species of animals that are suffering, such as stray dogs walking around our neighborhoods, cats being poisoned on empty streets, horses and donkeys being tortured by carrying carts and weights up and down our streets and bridges.

Our duty here as an intelligent species is to protect these animals and to try to find suitable homes and environments for them, definitely not harming or even killing them. We aren’t the only creature or species that deserves to live happily on this planet.

Treat animals as you want to be treated because who knows what tomorrow might carry for us if we keep acting in this direction, ignoring everything around us that is trying to survive.

May God have mercy on all of his creations.